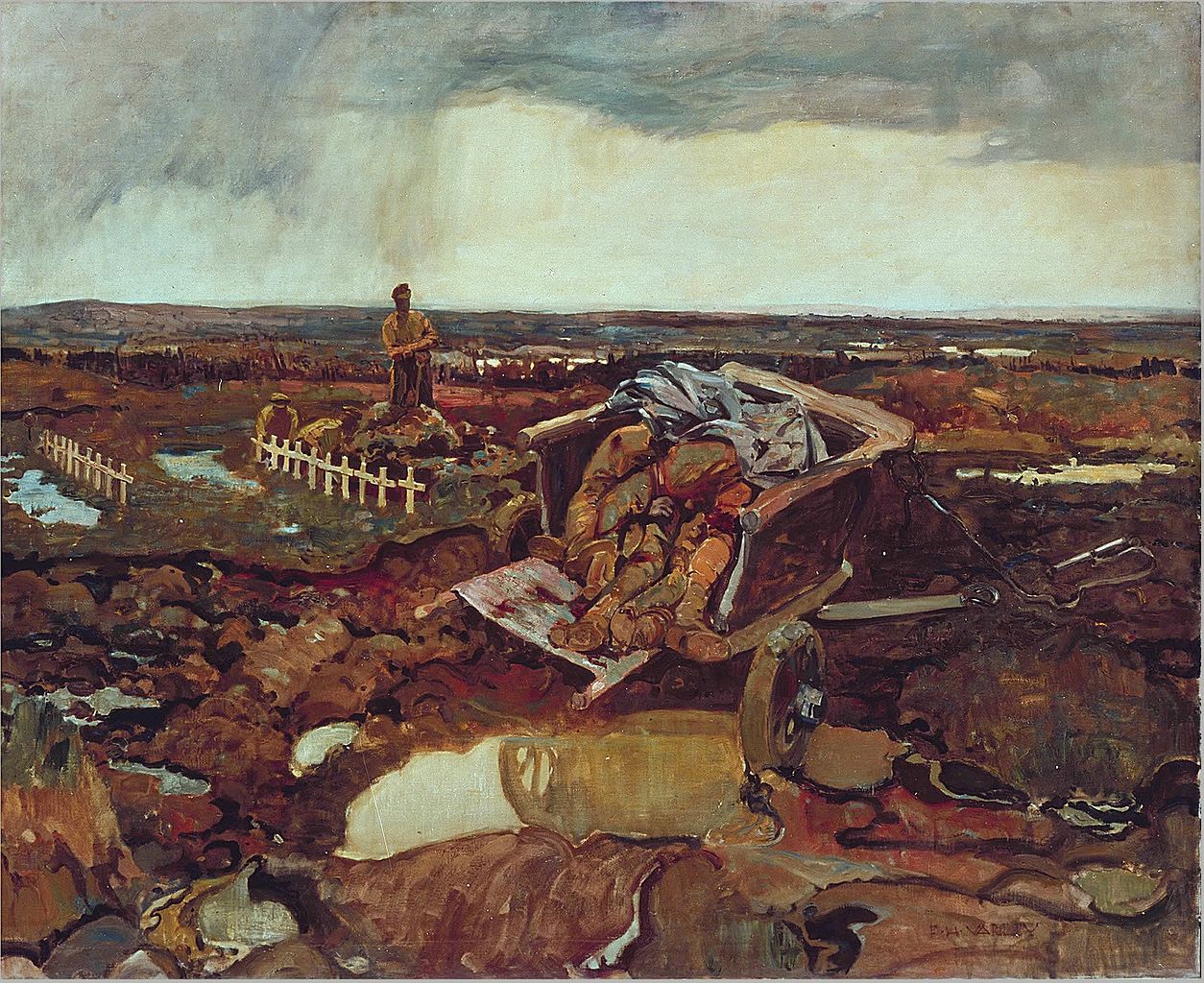 “They were afraid of dying, but they were even more afraid to show it.” This sentence, frokm Tim O’Brien’s novel, The Things They Carried, encapsulates the contradictory posture that war imposes on human beings, and this contradiction leads to the recognition that war itself is an absurd act, bereft of any meaning, and existing solely for its own sake.

Thus, war can only invoke and provoke a bleak vision, and an absurdist response, which forms the basis of both Fernando Arrabal’s Picnic on the Battlefield, and Tim O’Brien’s The Things They Carried. In fact, both these works explore the theme of war as an absurd act, in which meaning of any sort cannot possibly exist.

Arrabal explores this absurdity to the fullest by working on a premise that is both laughable and grotesque. First, there is the improbable appearance of Zapo’s parents on the battlefield, who have come out to have a picnic with their son. War for them is nothing more than some field outing that their son is on, and they have decided to join him.

When the reality of war is brought home to the parents, Monsieur Tépan asks: “But why are you enemies?” Suddenly, through the shared suffering (the bomb attack), there is some sort of realization that Zepo is a mirror image of his own son Zapo; there is no difference between them. But this realization is quickly swallowed up Madame Tépan’s remark: “Your father is the only whose capable of thinking such ideas; don’t forget he’s a former student of the Ecole Normale and a philatelist.”

This remark reinforces the absurdist view that there cannot be such realizations in war – there is only the enemy which one must try to kill. In war, there is only kill-or-be-killed.

This is why Madame Tépan’s remark is so efficient at cutting away any meaning that one may seek to give to war – for war is entirely a meaningless act: “Arrabal’s farcical treatment seeks to render the war totally ludicrous.”

Thus, the absurdity is heightened by the fact that the play ends with the death of the four characters who have suddenly hit upon the idea of ending the war by refusing to fight.

Instead they dance (a life-affirming act); and it is exactly at this point – a point in which they have achieved a semblance of meaning and harmony that war intervenes and they killed. War can only be an absurd nightmare, from which few escape.

This sense of absurdity continues in Tim O’Brien’s The Things They Carried, in that it too describes the nightmarish quality of war, in which to kill is a normal act, and the days in which does not kill are abnormal. Only death has true meaning in war: “The guy’s dead…which seemed profound – the guy’s dead…” And death brings no final meaning, no moral, as Sanders asks, but finds none: “Yeah well…I don’t see no moral.”

Cross and his men live in a landscape of nothingness, and when they die, it is an even greater, vaster nothingness. All the soldiers are entirely cut off from all meaning – their sole purpose is to survive. It is a realization that Cross comes to at the end of the end of the story.

War is no place for idealism. Martha is not a virgin, nor does she love him; she just offers him a semblance of an imagined world outside Vietnam.

But like everything else around Cross, she is nothing more than a daydream – perhaps she is part of the nightmare. Cross comes to this realization, but he is not moved by it.

He notes that it is sad – but he has the work of surviving to do; he cannot wallow in self-pity: “He was realistic about it. There was that new hardness in his stomach.” Thus, it is not the soldiers who will change the environment around them, but the environment that changes the soldiers, for they are “trying to fight and survive in the human waste that surrounds them…[and] they are themselves human waste.”

Thus, both Fernando Arrabal and Tim O’Brien present war as an absurd act. For Arrabal war is grotesque and meaningless and exists only to perpetuate destruction and annihilation.

Likewise, O’Brien also writes about the absurdity of war, where humanity itself is continually denied, and where there is no room for life and love – only the will to survive, and the will to kill: “He would shut down the daydreams. This was not Mount Sebastian, it was another world where there were no pretty poems or midterm exams, a place where men died because of carelessness or stupidity.”