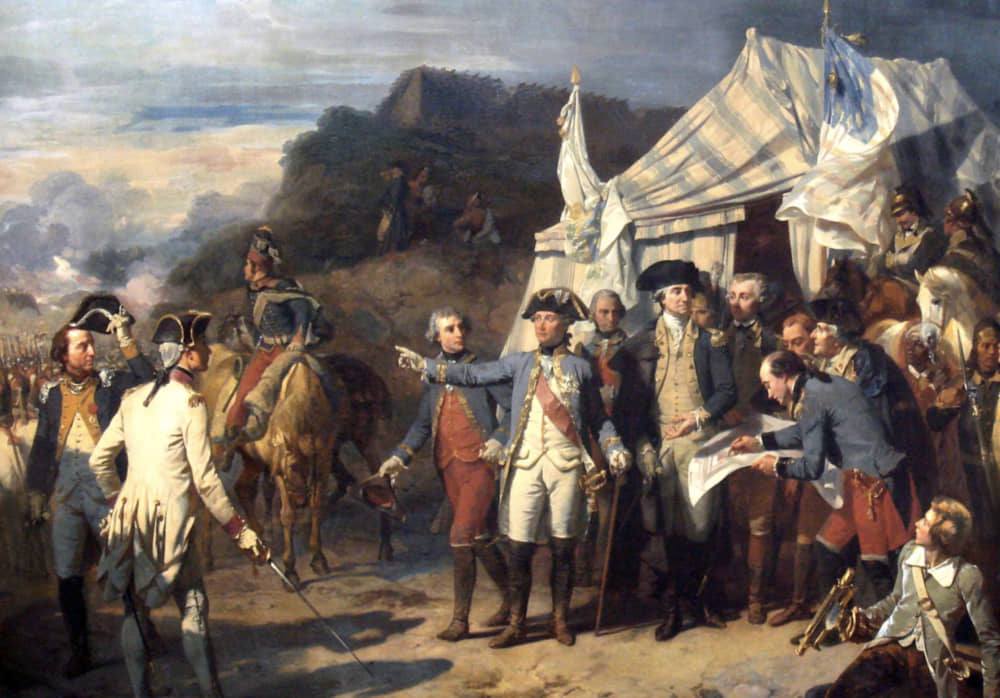 In recent decades, White Anglo-Saxon Protestant (WASP) has become a derogatory term for a closed group of high-status Americans mostly of white British Protestant ancestry. In some circles it is a word of considerable derision. If the woke crowd had its way, such whiteness would be banned or somehow eradicated altogether.

The accolade WASP applies to a group believed to (have) controlled large and disproportionate social, political, and financial power. WASPs, it was said, had a degree of “privilege” held by few others. We tend rather to call it “responsibility.”

Few people, however, bragged about the WASP cuisine of overcooked, bland foods, boring Brooks Brothers fashion or décor, which was notably, “shabby chic.”

Various “Preppy” handbooks tried to outline the necessities for a WASPy look and demeanor, but they were impossible for the mass culture to copy, let alone master—even with the help of Ralph Lauren (real name: Ralph Lifshitz).

Even in the classic 1980s WASP comedy “Trading Places,” Eddie Murphy (along with Dan Aykroyd) found it difficult to play the white guy role in Mainline Philadelphia, which is what made the movie so incredibly funny. Of course, that genre of film could not be made today, or it would be canceled immediately.

WASPs are no better or worse than anyone else, truth be told. I would know because I “is” one. Like others, we put our pants on one leg at a time, to quote my ultimate authority—my own father.

Many scholars agree that the group’s influence has waned since the end of World War II and then into the 1960s, with the growing influence of Jews, Catholics, African Americans, and other former outsiders. Statistically, that case is easily made as the country became more diverse and various ethnicities came to power, not just politically but economically and culturally—perhaps most notably in sports.

Historically, “Anglo-Saxon” has been used for centuries to refer to the Anglo Saxon language (today more correctly called “Old English”) of the inhabitants of England and much of modern Scotland before about 1100. And since the 19th century it has been in common use in the English-speaking New World, but not in Britain itself, to refer to all Caucasian people of British descent, who were mostly Protestants. The “W” and “P” were added in the late 1950s in the United States to form a witty epithet with an undertone of so-called waspishness.

The first published mention of the term was provided by a political scientist, Andrew Hacker, in 1957, indicating it was already used as common terminology among American sociologists and social commentators:

They are ‘WASPs’—in the cocktail party jargon of the sociologists. That is, they are wealthy, they are Anglo-Saxon in origin, and they are Protestants (and disproportionately Episcopalian). To them Waspishness should be added the tendency to be located on the Eastern seaboard or around San Francisco, to be prep school and Ivy League educated, and to be possessed of inherited wealth.

While WASP culture and influence may be on a rather steady decline it is impossible to appreciate American, or indeed world history, without a proper comprehension of our influence for more than a thousand years—and most prominently in the American founding and the institutions then spawned and which survive (at least until recently) to this day.

But please note however, this is not about any kind of racial supremacy, ethnic gloating, gender power, or religious exclusion. WASP is just a cultural euphemism, nothing more.

It is also very much part of my own story. So, years ago at a Christmas brunch and with plenty of Mimosas, my sons asked me the perplexing question: “Dad, what is it exactly that you have done?” The long answer to the query was provided some years later in my memoir, Davos, Aspen & Yale: My Life Behind the Elite Curtain as a Global Sherpa.

As an “apologetic,” I sought to outline, in some grainy and mostly humorous, if not witty detail, the ways in which my life intersected completely with the waning WASP culture at places like, Wall Street, Wharton, The U.S. State Department, in diplomacy, Davos, Aspen, Yale and all the places in between—from clubs to golf to hunts and crew. As I said then, George Bush 41 was the prima facie best example perhaps of the American species of the WASP. He was educated, service-oriented, loyal, genteel, humble, and reverential. When he died, they carried his casket off to the Texas burial site playing his favorite hymn, Onward Christian Soldiers.

But an apologetic is not what many think it is. It most definitely is not an apology—a way of saying: “I am sorry.” To the contrary, in the historic and theological sense—as it was for St. Augustine and the church fathers—the practice of apologetics is (from Greek ἀπολογία, “speaking in defense”) the discipline of defending religious doctrines through systematic argumentation and discourse.

There is no reason whatsoever to be apologetic about being White, Anglo-Saxon, Protestant or of having shaped and formed American culture and its institutions, alas also, Western civilization itself. It stacks up quite well against all of the alternatives. Not perfect, it gave us law, economics, science, modern medicine, and democracy. Markets and freedom are its longstanding hallmarks. In fact, it has been said, we invented the modern world, ended slavery, and invited pluralism within our borders.

This will likely gain me considerable disfavor at least with the far lefties, certain (critical theorist) academics, and racist white haters—but is time someone forthrightly said it.

Being white is not a sin.

Coming from British ancestry is not a sin.

Worshipping God and his only son, Jesus Christ, is not a sin.

It was and still is for many of us who we are, and everyone is the beneficiary. We are not going away, dying off, committing any form of suicide or going out of business. We won’t be canceled, either.

Quite the contrary—it is our country, and we are more than willing to fight for it while sharing it with anyone, but only if you respect the rules and obey the law.

Theodore Roosevelt Malloch, scholar-diplomat-strategist, is CEO of the thought leadership firm The Roosevelt Group. He is the author of 18 books, including The Plot to Destroy Trump and appears regularly in the media, as a keynote speaker, and on television around the world.