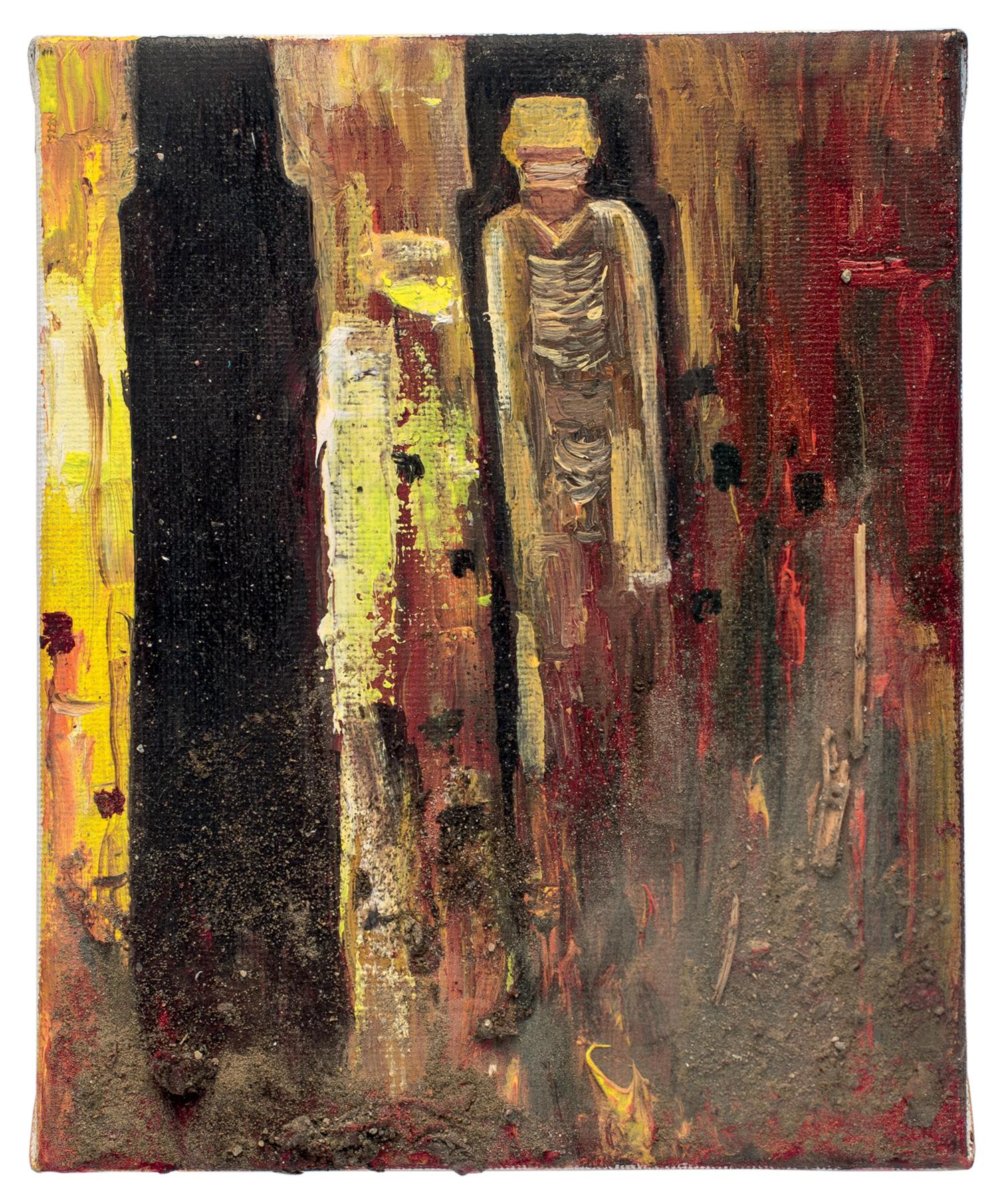 The Taliban’s sweeping advance and the collapse of the state of Afghanistan surprised almost everyone, including some military commanders who did not realize that each war is different from all the previous ones and that doctrines in practice can be useless in the face of new realities. The military tends to have a conservative mentality, not only politically, but in their own profession. That is logical, because war is an extreme situation from all points of view; and to be able to face great dangers it is necessary to have the certainty of method to defeat the enemy, or at least not to lose one’s life, and to be able to withdraw at the right moment.

Strategists, and public opinion, which often has a plausible vision of what war is, thanks to good war movies, believe that the core of war is the battle, or the succession of battles. A battle is a confrontation of two armies in a scenario in which victory and defeat are decided. Battles may be in the open field, in a war of tactics, or in the capture of a city. Each battle depends on the number of soldiers in each army, their armament, or firepower (literally, rifles and artillery), but also on who is in charge of the command and the will of the troops not to retreat, to attack the enemy and to take casualties.

After the Second World War, the land-battle model was the confrontation of mobile units, armored or not, maneuvering in coordination with artillery and air forces, which can decide combat at certain moments, destroying armored vehicles, artillery or infantry. The problem is that, as John Keegan rightly pointed out in his book, The Face of Battle, the increase in mobility and firepower has made it almost impossible to conceive of gigantic mechanized confrontations (as was the battle of Kursk in World War II, in which German and Soviet armored vehicles annihilated each other by the thousands) in order to speak of the end of battles.

We conceive the capture of a city in the same way as a battle. In a city like Stalingrad, an army is entrenched, and others attack it with artillery, aviation and infantry. The result is that, first of all, the besieged city becomes a fortress of trenches in its ruins, and its capture is much more difficult. The bombardment of cities during World War II served almost no purpose, neither from the military nor from the economic point of view, as historians and military men have recognized. The Americans and the British invented “massive saturation bombing,” which consisted of drawing a huge area around the city and razing it to the ground like a steamroller. Such bombings serve no purpose, except to destroy indiscriminately and kill civilians, as happened also in Vietnam, Iraq or Afghanistan.

There are also wars without battles, without fronts, in which the military doctrine is useless, if it is not revised and the war converted into something else. We are talking about guerrilla warfare, fought almost exclusively by the infantry. General Norman Schwarzkopf, who won the First Gulf War in a series of battles to annihilate the Iraqi army, thanks to his air, artillery and logistical superiority, but who actually lost it, as he himself admits, because he was ordered to save Saddam Hussein and allow the withdrawal of Saddam’s elite units, the Republican Guard, at the last moment, in order not to favor the expansion of Iran, as he states in his biography.

When he came to Vietnam, as an infantry lieutenant colonel, he found a unit lacking in discipline, but one which was excellently armed and provisioned. The standard drink for his soldiers was Coca Cola; they were served ice cream for dessert and drug use was quite widespread and allowed by looking the other way. This was because in Vietnam, one out of three soldiers fought in units that were usually no larger than a company. They were replacement soldiers, 18 or 19 years old, serving for one year, who had neither the solidarity of their comrades nor of their officers. Those who were about to be discharged ridiculed the rookies. Only soldiers who had survived a few battles, as in other wars, tended to survive. In the Battle of the Bulge, the average life of a soldier who had just arrived at the front was less than 14 hours; and the same thing happened in Vietnam with rookie soldiers and officers. A rookie officer did not survive more than two days; and the killing of officers, simulated as a fall in combat, was very frequent in Vietnam, as in other wars.

Schwarzkopf says that he would have liked rather to be in command of the Vietcong. A Vietcong soldier survived in the jungle by carrying a cloth tube full of raw rice that he cooked every day. As he knew how to hunt and fish, he did not need to carry more food. And he had the support of the local population, or he could demand it from them with little effort. And above all, the General points out, he had a cause to defend – his country, and so he could face the horrors of hand-to-hand combat.

The American infantryman, who would spend one or two weeks in the jungle, in a war in which the number of classic battles was minimal, left with a kit weighing about 35 kilos: his rifle, the ten standard magazines that he supplemented with as many in cartridge cases, grenades, food and other supplies needed to survive those days. In addition, as their new weapon, the M-16 failed, the soldiers ended up being allowed to carry weapons of their choice. All this to enter an unknown terrain, inhabited by peasants whom they could not know whether they were hostile or not, and who they had come to defend. This often unsurety often led to many surprises. In an effort not be face such surprises, the Americans resorted to destroying entire villages, or razing them to the ground by requesting air support from their superior officers. In Vietnam, for example, no colonel was killed in combat. and because of all this, the soldiers came to the conclusion that they were fighting a dirty and senseless war, which would end in a resounding defeat.

Something similar has happened in Afghanistan. The military commanders did not get to know the country. They did not encourage the study of local languages, but used interpreters, which can be very dangerous in a country with fourteen ethnic groups, and a country which is also very extensive, more or less the size of Spain, with a very high elevation, and fragmented by large mountains. A country without railroads, highways, navigable rivers and few airports, which meant that entire areas were never penetrated by western troops, because of disinterest or inability.

The occupiers, instead, focused on cities and created static defense systems, from large bases to fortified forward posts. This allowed the movement of militias, such as, the Taliban, through an unknown country. As Afghanistan is an agrarian country based on irrigation, the population is concentrated in the large valleys, or lives scattered in small groups among the mountains. In this scenario there were hardly any battles, and when they took place, as in Tora Bora, the infantry soldiers were Afghans, who had about 80,000 dead, in a war that brought the Taliban more than 84,000 casualties and thousands of prisoners. The western dead did not reach 4000, although there were thousands of wounded and casualties of post-traumatic stress, more than a third, as in Vietnam.

The Allies abused their firepower, especially in the air, which caused, as in other wars, dozens of innocent victims, and undermined the support of the population. For the allies, the war was ruinous, both economically (because they had to import everything) and militarily. They invested 2.2 trillion dollars (the USA alone). But that money generated gigantic flows of corruption among companies, the army and the local government. The local-created army was poorly armed, with light infantry brigades, without tanks in its tank units; and furthermore, it was divided among the zones of the country, creating territorial defense units for each of them, but not a powerful maneuver force.

Under these conditions, when a country that was never controlled, even though it benefited from major improvements in education, health, women’s rights, economy, technology and communications, is corrupted from head to toe, at all levels of the army and the civil service, the house of cards begins to shake. The army intelligence units were infiltrated by the Taliban, whose sympathizers increased among the population. These units believed that they could save themselves by grasping at straws. So, there was no need for big battles. The Taliban could not be annihilated because the Afghan army lacked adequate air and artillery resources.

The Taliban were allowed to take over a rural environment, which the politicians never bothered about. And so, given a decayed government, it was only a matter of waiting for it to fall under its own weight, to give birth to a new rural country, with a minimal state, and one ready to become a colony producing raw materials: lithium, copper, uranium, agricultural and livestock products, at the service of the colonial powers that will take over from the Allies, such as, China, Pakistan, Iran or the new Russia, which will probably recognize the new Afghan state, in the face of impotence, bordering on the ridiculous, of the USA and the European Union.

José Carlos Bermejo Barrera is Professor of Ancient History at the University of Santiago de Compostela (Spain). He has published numerous books in the fields of mythology and religions of classical antiquity and the philosophy of history. Among these are The Limits of Knowledge and the Limits of Science, Historia y Melancolía, El Gran Virus. Ensayo para una pandemia, and most recently, La política como impostura y las tinieblas de la información. He has published numerous works in academic journals, such as History and Theory; Quaderni di Storia, Dialogues d’Histoire Ancienne, Madrider Mitteilungen. He is a regular contributor to the daily press.

The featured image shows an untitled piece by Jahan Ara Rafi, painted in 2013.