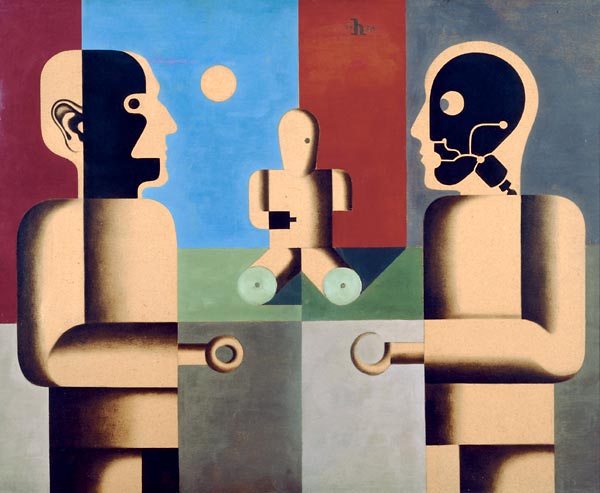 Development of a new concept of the family is actively underway. This process is covert and insidious. With an ever-increasing frequency, we hear such terms as “encouraging positive parenting”, “improving parental competences”, “changing parenting styles” and “combating gender stereotypes”.

What do they mean? Where do all these terms come from? Are they coined by benevolent people sincerely interested in improving family education? Or do they simply promote the ideas of some interest groups whose intentions have nothing to do with upholding traditional family values? Walking in the thickening fog that blurs our vision and clouds our already preoccupied minds, how can we decipher what these phrases actually mean?

Recently, a draft of the document entitled National Strategy for Parental Education in 2018-2025 was published on the website of the Ministry of National Education of Romania. This publication triggered a wave of natural indignation of parents and some of the key organizations of that country.

Perhaps, it was some kind of a test? But tests are not offered to us without any reason. We get certain points for taking them. Our results could be unsatisfactory, satisfactory, good or excellent. What grade did we get? And who was behind this “test”?

The basis of this strategy was explained quite clearly: “The national strategy of parental education is based on the theory that family is not an objective reality but rather a socio-cultural product, “a constellation of ideas, concepts and terminologies”, that is continuously created and re-created by socio-cultural practices.”

This draft document was at the discussion phase up to July 10. Undoubtedly, the new concept of family it offers is based on the ideological template of “the gender philosophy”. The coordination committee of the Strategy is headed by the general inspector for pre-school education of the Ministry of Education.

Citing the “urgent need” for nation-wide parental education, the committee initiated the pilot project to re-educate Romanian society. Based on the assumption that traditional families have an antiquated mentality and a regressive mindset, the Strategy states that, “parenting styles must be revised to make them relevant to children and to combat the gender stereotypes affecting various lifestyles of girls and boys”.

There are several phases of re-education. What phase are we currently at?

A number of open letters were published, and many Romanians voiced their disapproval of the proposal. As a result, the draft of the Strategy was removed from the Ministry of Education’s website. This was the position of the Romanian Academy regarding this project:

“The Ministry of Education’s parental education project fails to consider the inherent features of the Romanian society. It unambiguously opposes traditional family values that form the core of the millennia-long social, cultural, moral and Christian life of Romanians.

The strategy calls for a generic education of children, disregarding their gender, anthropological and psychological differences and ignoring their living environment (rural or urban) and ethnic idiosyncrasies.

This project is reminiscent of the attempts of globalist or totalitarian regimes to create what was always called “a new human being”, that is, a person without a family, nationality, country or identity. Romanians were raised in the spirit of national traditions and as we evaluate our achievements in the year of the centennial anniversary of Romania’s Great Union, adopting a strategy that forsakes such traditions is equivalent to committing high treason.”

The goal is to “help” parents renounce “idealization of traditional family”

The Romanian Orthodox Church, religious organizations of other denominations, trade unions of educational establishments, parent associations and general population opposed the strategy. Why? Because this strategy defied the fundamental right of parents to raise their children in accordance with their beliefs as guaranteed by the Romanian Constitution. Seven thousand educators were supposed to “assist” parents in renouncing their “conservative mentality” and “idealization of traditional family.”

The blame was immediately placed on the Christian families and the Church. As a counterweight, the model of parental education advocated by the Strategy was described as “progressive” and “promoting respect for diversity”. It is obvious that traditional family is not compatible with the gender theory that determines sex in terms of culture.

We are told with ever increasing determination that gender is not a biological certainty, but a result of cultural adaptation influenced by upbringing. As such, “respect for diversity” is basically a tool used by some interest groups that are averse to the Church and its values. What is the purpose of promoting such a concept? Power? Or de-Christianization of the world?

Although the Ministry of Education removed the draft of the Strategy from its website and returned it to its originators, stating that the format offered for public discussion was unacceptable, 127 foundations, organizations and associations appealed to the Prime Minister of Romania with the request to resubmit the Strategy for discussion.

Their position is obstinate: They do not accept the criticism that resulted in the rejection of their project and base their arguments on the idea that all Romanian families are abusive toward children. The supporters of the Strategy ignore the rights of the parents guaranteed by the Constitution and destroy Christian values of the majority of the country’s population.

The Brothers Karamazov, a remarkable novel by F. Dostoyevsky, contains a chapter that is particularly relevant to the subject at hand. Ivan Karamazov, an atheist, tells a dystopian story to his brother Alyosha. In this story, Christ came down on Earth to live among people.

The scene is set in Seville at the peak of Inquisition. The Grand Inquisitor has unlimited powers. Christ has just resurrected a girl and people are thankful to Him, but the Grand Inquisitor arrests Christ and nobody protests. Then follows the Inquisitor’s re-educating speech where he challenges all the logic of the world.

Christ is not allowed to talk. He only listens to the terrifying statements reminiscent of the devil’s arguments in the desert of temptations (See Mathew 4: 4-11). They all have to do with freedom and power. People cannot be free because they are afraid of freedom.

The Grand Inquisitor had made his way into our society and periodically performs his outrageous auto-da-fés. He and his lackeys are in the minority, yet this doesn’t seem to matter. What’s important is that the majority is willing to relinquish their freedom, which gives the Inquisitor and his lackeys an ultimate power. Those who oppose them are “burned at the stake”.

Nowadays the Grand Inquisitor selects his victims among “conservative people”, “traditionalists” and “people with antiquated mentality”. His goal is to create “a new human being”.

The “New human being” is a progressionist concept of humanity based on severing any connection with tradition, past, history, values, family and God. It is promoted with the power of persuasion. The ideologists of the Grand Inquisitor are patient and meticulous.

They develop ideological concepts, launch educational projects and create a wide network of non-governmental organizations that are willing to support, fight, applaud, condemn and do anything necessary to crush any resistance of the society.

They train “the parent educators” how to totally change the concept of family, because traditional family is the cell that produces “reactionaries”, “fanatics” and “dogmatists”—that is, people who believe in God, form their own families, attend church services with their children, go to confession, receive the Body and Blood of Christ during Communion, and see their ideal in leading righteous lives.

From the point of view of the Great Inquisitor, all of this is a pathology that must be “cured”. The so-called “adequate education” is used to “regenerate” people who form Christian families and uphold traditional values and “integrate” them into an unhealthy society that they are expected to accept as “normal”.

The goal of the re-education campaign is to destroy freedom

We are in the theater of absurd, and every one of us plays an assigned role. Our values, such as dignity, freedom, truth, love, courage, are in cages scattered around the world. This is an ominous scene, and the Grand Inquisitor laughs, knowing how daunting this view is.

Let us be vigilant and follow the narrow way, for if we abandon Christ, the “new human being” will prevail

So what should we do? We must react. We must not be petrified, looking at this terrifying scene created by the Grand Inquisitor, for if we do, we will be defeated and re-educated. Let us be vigilant and debunk the perverted concepts that are routinely injected into our lives through doctrinal speeches.

We must never leave the narrow way, for this is the way to freedom. We must clearly understand the meaning of such terms as “Orthodox Christian family”, “parental education”, “ideal upbringing” and “freedom”.

In fact, freedom is a fundamental problem for this re-education campaign. That is why its goal is to deprive the parents of the freedom of education by turning their beliefs upside down and making them amenable to the “brave new world.”

Alyosha Karamazov rips the mask off the supporters of gender ideology: “It is all explained by their godlessness. Your Inquisitor doesn’t believe in God and that explains everything!” When people don’t believe in God, they feel that they can get way with anything.

That is what Ivan Karamazov is counting on. All ideological variations of the Grand Inquisitor also believe in their impunity. Sexual minorities get the rights that are detrimental to the rights of the majority. Why? Because they know that they can get away with it.

This nihilistic, all-destructive ideology dates back to the cultural background of the nineteenth century. Friedrich Nietzsche summarized it when he said, “God is dead”. If “God is dead”, it means that He was murdered by those who wanted to replace Him with something else. The meaning of the terminology is perverted based on this concept and this murder.

The gender ideologists infuse the terms of “parental education” and “family” with anti-God concepts. That is why we need to fight to the last breath to avoid becoming a part of this deadly culture where every term is marked by death.

Our culture, the culture of traditional family, is the culture of Life. It is Christ-centric. All our concepts and terms are defined in accordance with this way of life and this way of thinking. Freedom, dignity, or truth mean nothing without Christ.

The Grand Inquisitor banished Christ from the city and nobody protested. Maybe people didn’t understand that by being so apathetic they consented to perpetual slavery?

If re-education continues to function at full speed (as it already does!), slavery will mean freedom and freedom will mean slavery. Like in Orwell’s Oceania. The meanings of all words will be turned upside down. People’s worldview will be shattered into little pieces, and then these pieces will be rearranged to form new concepts.

“A New human being” may be created only if we abandon Christ, if He is not part of our personal cultural space or the culture of people. As long as Christ lives in us, the re-education project will not move beyond the planning phase.

Sergiu Ciocârlan lives and writes in Romania. The original version of this article is in Romanian and was translated by Talyb Samedov, with a few corrections from The Postil team.