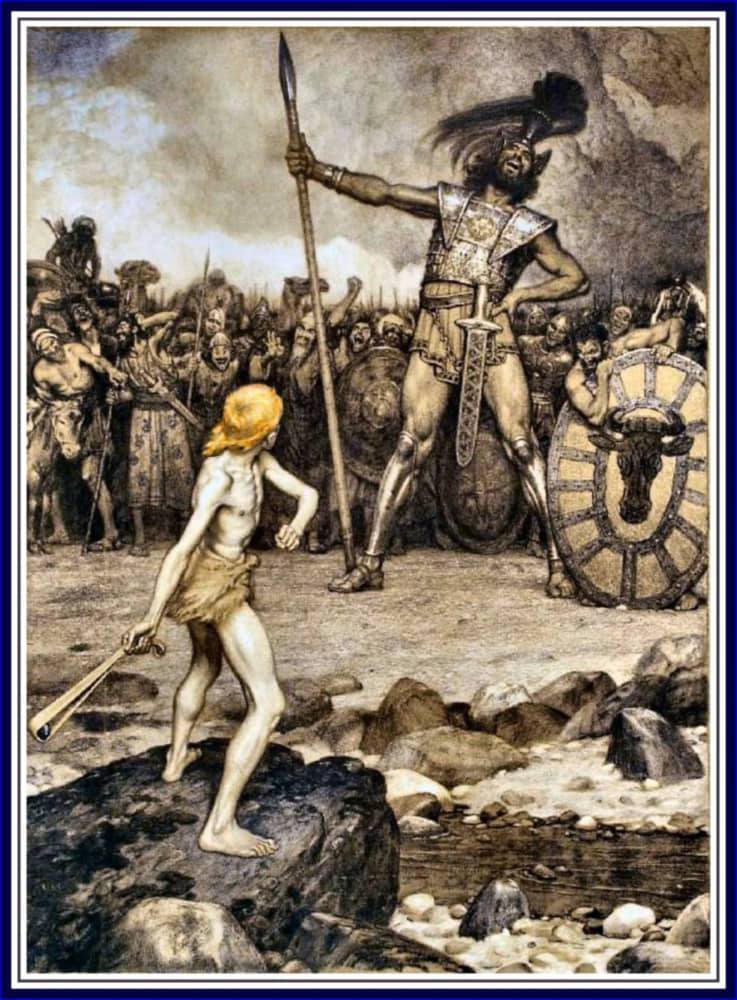 It probably won’t be as spunky as a putative Block vs Black debate, but here’s the next best thing. A tad riled by Professor Block’s article, “Incitement,” Dr. Mark Stocker penned a counter-statement, brimming with provocative questions. The venerable anarcho-capitalist (80) has thus been challenged by a young whippersnapper of an anarcho-art historian (65) who, despite Dr. Janowski’s best efforts, cannot quite rid himself of the last vestiges of lifelong liberalism. Is Stocker deftly skewered and brushed off like an irritating flea? Or does he bravely hold his own and show the veteran intellectual what’s what? You be the judge!

Mark Stocker (MS): ‘Incitement’ is a very clever article, stopping short of support for Mr. Trump (or The Donald as I prefer to call him) and the insurrectionists of 6th January, yet finding arguments in their favour, certainly the former. I’d like to ask you a number of questions:

MS, Question 1: What is the evidence that the 2020 presidential election result was ‘improper’? It didn’t go Trump’s way but it constituted a relatively comfortable victory for the Democrats, certainly comparable with Obama’s re-election. Don’t you think that the insurrectionists were deluded in the face of empirical evidence? Is there any evidence that the votes in the marginal statues of North Carolina and Florida were clean but those in Michigan and Arizona were crooked? In other words, does Republican
equal rectitude and Democrat equal crookery? I know we’re living in partisan times but this does seem rather daft reasoning.

Walter Block (WB) Replies: There’s lots of evidence. Ballot gathering. Republican witnesses told to stay 20 feet away from where ballots were counted. Lots of overnight changes. According to that old aphorism, it isn’t who votes that counts, it’s who counts the ballots. Public opinion polls find that even a sizeable number of Democrats think there were lots of “irregularities” gone. Post election evidence: Baseball, Coke, Delta airlines protest at Georgia’s attempt to fix these “irregularities” even though that state’s new rules are less restrictive than many other states.

MS, Question 2: What is your evidence that Pelosi and Schumer were ‘delighted’ about the insurrection? You are over-fair to Trump and unfair to them. Yes, there MIGHT have been a bit of Schadenfreude on their part but maybe I am naive in thinking that both of them would have preferred it had there been no insurrection – or indeed tragic deaths – in the first place. I am trying to be fair to them, and I don’t think the operation is quite as tortuous as your defence of Trump.

WB Replies: I don’t think that Pelosi and Schumer, evil that they are, were “delighted” (I never used that word in this essay, even though you attribute it to me) with the tragic deaths. I have no doubt this brought sorrow to them. I do think that they were “happy” with the discomfort this entire episode impacted Donald. It is only human nature to be joyous at the difficulties of your enemies. I don’t see why you call this an “insurrection.” You would hardly characterize the BLM and Antifa trashing of government property, courthouses, etc., in places like Portland and Seattle in this manner. Yet, what they all have in common is trespass.

MS, Question 3: You claim that the insurrection was far less violent than other Antifa or BLM demos. While I’m no fan of the latter, can you give me any instances of insurrections led by them that had as many fatalities?

WB Replies: Again, you attribute to me claims I have not made. I search in vain in this essay of mine for the claim that the event of January 6 was “less violent” than leftist “peaceful” demonstrations. The latter were more “devastating” than the former at least insofar as there was only one of the former, dozens of the latter. There were no fires, no property damages in the one, there were in the others.

MS, Question 4: Your PPS is amusing – again may I ask for evidence of Antifa or BLM sneaking in, as you allege? Perhaps you know something that other people as yet don’t. Were you a British subject I would be urging you to contact Her Majesty’s Constabulary and tell all!

WB Replies: This is exactly what I said there: “Is it possible that there was a false flag operation in effect here? That BLM and Antifa snuck into the confused melee, with the goal of undermining President Trump’s authority? Enquiring minds want to know.” I am merely speculating here. I don’t think it is incumbent on an author to offer evidence for mere speculations.

MS, Question 5: If there is one rarely observed point where you and I are likely to agree, it’s that is the insurrectionists were not as sinister as many have made out – simply because they weren’t very bright. There were no designated leaders, chain of command or carefully conceived strategy or tactics. They didn’t work out their complement of weapons. They didn’t bring food and sleeping bags with them and they didn’t capture any hostages and thus envisage sustaining a siege – good thing too. Perhaps, ultimately, they were greater fools than they were knaves.

WB Replies: Yes, yes, a point of agreement between us. But your point undermines your claim that this event was really an “insurrection.” A revolt needs leaders, plans, strategy, tactics. You concede that this “insurrection” had none of that.

Our friends on the left are now trying to defund the police, but not the capital police. I wonder why? I think it is because the capital police defend them, while ordinary city and state police do not. It is similar to the likes of Pelosi, Schumer, Biden calling for strict gun control, for everyone else, while they are protected by armed guards.