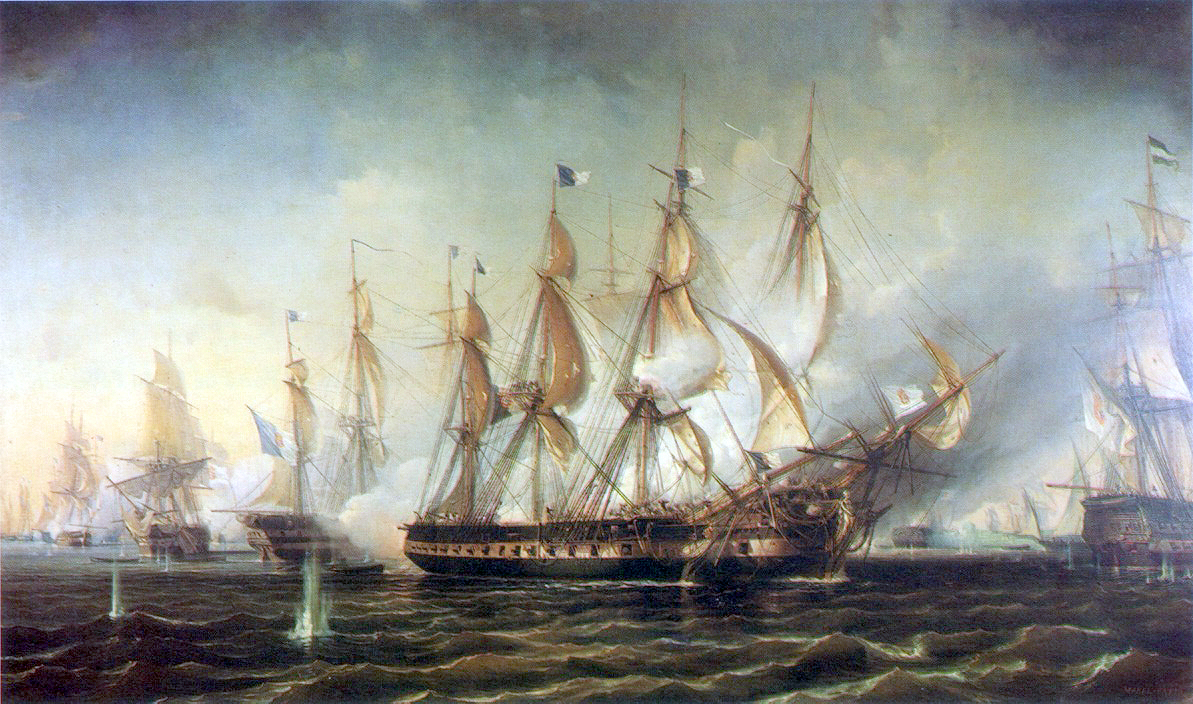 It is widely believed that international peace restoration action is a military phenomenon that was born in the 20th century, especially since the establishment of the League of Nations and the United Nations. However, there are earlier recorded precedents of action to stabilize interstate and intrastate conflicts.

External military intervention is an ordinary phenomenon in international relations. And in the 19th century, especially during critical times for Europe, several interventions took place, focused on re-establishing, sic et simpliciter, the institutional and social order threatened by nationalistic, social and economic demands. This was especially true in Italy, where foreign forces were deployed across the peninsula to help local dynasties facing liberal and national unity uprisings.

The backbone of those actions was the Quintuple Alliance, successor of the Holy Alliance established after the Napoleonic wars. This alliance (a 19th-Century version of the contemporary concept of the “coalition of the willing”) was originally set up to crack down on possible hegemonic ambitions by France. It then saw a mutation in its membership with the inclusion of France in its diplomatic and military architecture. Consequently, it saw a re-orientation in its mandate, focused on supporting the legitimacy of the power system in Europe against internal threats, stemming from the political heritage of the French Revolution.

These ideological calls aside, the Quintuple Alliance also responded to the need to counter demands for social justice that the beginning of the industrialization process had brought about. At the Congress of Aix-la-Chapelle in October-November 1818, Great Britain, Austria, Prussia and Russia, in exchange for payment of war reparations (albeit reduced), approved the withdrawal of the occupation forces from the North of France.

The France of Louis XVIII was also invited to adhere publicly to a political statement on the brotherhood of the four powers, cemented by the bonds of Christianity, that the four victorious powers over Napoleon had signed. France’s re-inclusion in the Concert of Europe dates from this period, which saw the transition from the Quadruple to the Quintuple Alliance. The full adhesion of France became operational only in 1822.

Furthermore, at the Congress of Aix-la-Chapelle, in addition to the decision to re-admit France, the four powers had simultaneously signed a secret protocol, which contained a mutual guarantee against France. The move of Paris, from a defeated power to a full-fledged ally, could be traced back to a decision by the Congress of Verona (between 9 to 14 October 1822) to authorize France (against open British dissent) to conduct a military expedition in Spain, to restore the absolutist government of Ferdinand VII of Bourbon, which had been overthrown by a liberal uprising.

The Patuleia War (or Guerra da Patuleia), also known as the “Little Civil War” (to distinguish it from the “great” civil war that ended in 1834, the War of the Two Brothers) was another moment of the quasi-permanent instability which affected Portugal from the end of the Napoleonic invasion and the re-establishment of the Braganza dynasty from its exile in Brazil. During this period, Portugal was run by British-supported elites.

Pressure then started to mount from the professional classes to obtain more power, in contrast with the conservative approach by the monarchy. Such pressure began with the 1820 Revolution, which established a liberal constitution and turned Portugal into a constitutional monarchy. In 1826, thanks to British influence over Lisbon, a political compromise was established between conservatives and liberals. Their ideological divide, however, was to remain a constant dynamic in Portuguese society, affecting also the military institutions.

The War And Foreign Intervention

Britain and Spain, two Powers that for different reasons were deeply interested in the Portugal, emerged as natural actors in the attempt to stabilize the conflict and avoid a de facto military stalemate on the ground, which could lead the country into a deeper crisis. Britain, since the Peninsular War, had a heavy influence on the country, while Spain kept a wary eye on its neighboring country.

The growing tensions exploded when, in October 1846, Queen Maria II handed power to General Saldanha, a controversial personality in 19th-Century Portugal, who embodied administrative principles rejected before the insurrection of Maria da Fonte which had occurred months earlier. This move of the Crown faced immediate countrywide resistance, organized into local “juntas.” Among these, the one in Porto merged resistance to the new ministry.

Prime Minister Palmerston, using Lisbon’s appeal of help as an opportunity, did not accept Spain acting unilaterally and militarily, as desired by Saldanha, in re-establishing the statu quo ex ante. Nor did Palmerston fully accept the mandate, assigned to Madrid, by the spirit and letter of the Quintuple Alliance. The parties accepted the mediation – rather arbitration – with Great Britain, which played a determinant role in the crisis, thus blocking the political, rather than military, action of France in support of Madrid, and aimed at repeating the political success of Paris in the Spanish crisis of 1823.

It is in this light that the meaning of the agreement, signed in London on 21 May 1847 by the three powers (Britain, Spain and France), should be read. This agreement, initiated by the British, and not eagerly supported by Madrid and Paris, who reluctantly had to accept the approach of London for solving the Portuguese issue, in which Britain took charge of all naval aspects, while was relegated to looking after ground operations, and France was given a minor naval role. More importantly, the London meeting of 1847 paved the way, politically speaking, for the Convention of Gramido.

The Structure Of The Foreign Forces

The core of the British military action in Portugal was carried out by the Royal Navy, which deployed the Channel Fleet in those waters. The deterring presence of a powerful naval force was a fundamental element in the crisis, together with the action of the diplomats, led by Sir Hamilton Seymour, British Envoy to Lisbon. (It is also worth mentioning the contribution of the last British troops who earlier Portugal in 1826, namely, the 12th Lancers, 1st Battalion, Grenadier Guards, 2nd Battalion, Royal Scots Fusiliers).

On 1st May 1847 took place the first major military action of the international forces. A convoy of rebel troops, commanded by the Conde das Antas, was being ferried by sea along the coast, with the aim of securing the mouth of the River Tagus, thus blockading Lisbon. The convoy was intercepted by a British squadron and ordered to surrender.

When Antas refused, boarding parties of Royal Marines and sailors captured all the transports, despite coming under fire from coastal batteries. Some three thousand rebel soldiers were disarmed and held in São Julião Fort by the Royal Marines until relieved by loyal Portuguese troops. The captives were later released and given amnesty after the Convention of Gramido. The Tagus operation showed that British forces were already on the ground and operating, while multilateral negotiation were still ongoing.

Spain cooperated with Great Britain and France in sea blockades in Portugal, Azores and Madera and also carried out land operations. On 11 June, four Spanish divisions (about 10,000 men, who thus outnumbered the rebellious liberals) entered Portugal and operated mainly in the North, since Porto was the backbone of the liberals. Other Spanish forces entered the central region in order to protect Lisbon from possible incursions by the forces of the Junta.

The Spanish land operation did not meet resistance, and given the weakness of the Portuguese regular forces, this meant that the liberals were not able to exasperate the situation to affect diplomatic negotiations between the Junta and the consuls of Britain, Spain and France in Porto.

The Spanish operation reached its objective two weeks later, with the taking of Porto. The city was now controlled by Spanish troops (which were quickly replaced by the newly constituted force of the Civil Guard, in the duties of public order) and the Royal Marines, which had landed from the British ships at the castle of Foz.

The treaty was co-signed on 29 June 1847 by General Manuel Gutiérrez de la Concha y Irigoyen, Marques of Duero, Count of Cancelada and Grandee of Spain, Commandant of the Madrid Expeditionary Force, along with Colonel Senen de Buenaga for Spain; Colonel Wylde for Great Britain; Marquis of Loulé for the Lisbon government; and General César de Vasconcelos for the Junta of Porto. It was a short document of just nine articles, which included the four points of the of the London agreement of May, and focused on reaching an agreement without exasperating the divisions affecting the various Portuguese factions.

The Convention also regulated the presence and role of foreign forces in the area of Porto, which were focused on stabilizing the situation, keeping out the forces of Lisbon and avoiding any kind of retaliation against the local populations. Disarmament, immunity and freedom of movement of personnel of the Junta was also guaranteed. An innovation introduced was the possibility of integration (or reintegration) of military personnel of the Junta forces within Lisbon military units.

The British and Spanish operation in Portugal, on behalf of the Quintuple Alliance, to end the Little Civil War (also known as Guerra da Patuleia), did not create a coherent precedent for similar missions. However, military and diplomatic action by London and Madrid signaled the beginning of the concept of an “international community” (its closest version at the time was the so-called Concert of Powers or Concert of Europe) as a main vehicle of stability in relationships among States.

The silent rivalry between the most influential powers, Great Britain and Spain, did not pose an insurmountable obstacle to the signing of a peace agreement, which was eventually co-signed by the commanders of the British and Spanish forces.

Despite their good intentions, the peace treaty between the liberals and the conservatives unfortunately did bring greater stability to Portugal. Analyzing the role of foreign forces in the conflict, some official sources, such as the Spanish Civil Guard, reported playing a quasi-peace-keeping role.

In reality, on the surface, it appeared similar to other interventions that occurred in that period (e.g., Austrian intervention in the Italian peninsula), which did lead to the brutal suppression of liberal and nationalist movements. The main difference was in the legal instrument signed at the end of the military operations. The peace treaty forced the Portuguese monarchy to adopt a more moderate approach and remove the most controversial points from the constitution and other legislation.

Under this point of view, the international intervention in Portugal could be seen as an interesting and original combination of peace enforcement and peacemaking. Applying contemporary concepts to events in the mid-19th century may appear daring, but in reality, such robust foreign intervention reduced the military strength of the insurgents and paved the way to political dialogue with the Cartista Government, which was also obliged to adopt a more flexible approach.

The Convention of Gramido brought an end to the Little Civil War, temporarily recomposing the divide between liberals and conservative, although the deeper economic, social (and political) causes of instability remained unresolved. Nevertheless, to this day the Convention remains a good example in which the international community, under the leadership of one country, was able to play a positive role, Great Britain’s imperialist interests and motives notwithstanding.

The image shows, the “Battle of Cape St. Vincent,” by Léon Morel-Fatio, painted in 1842.