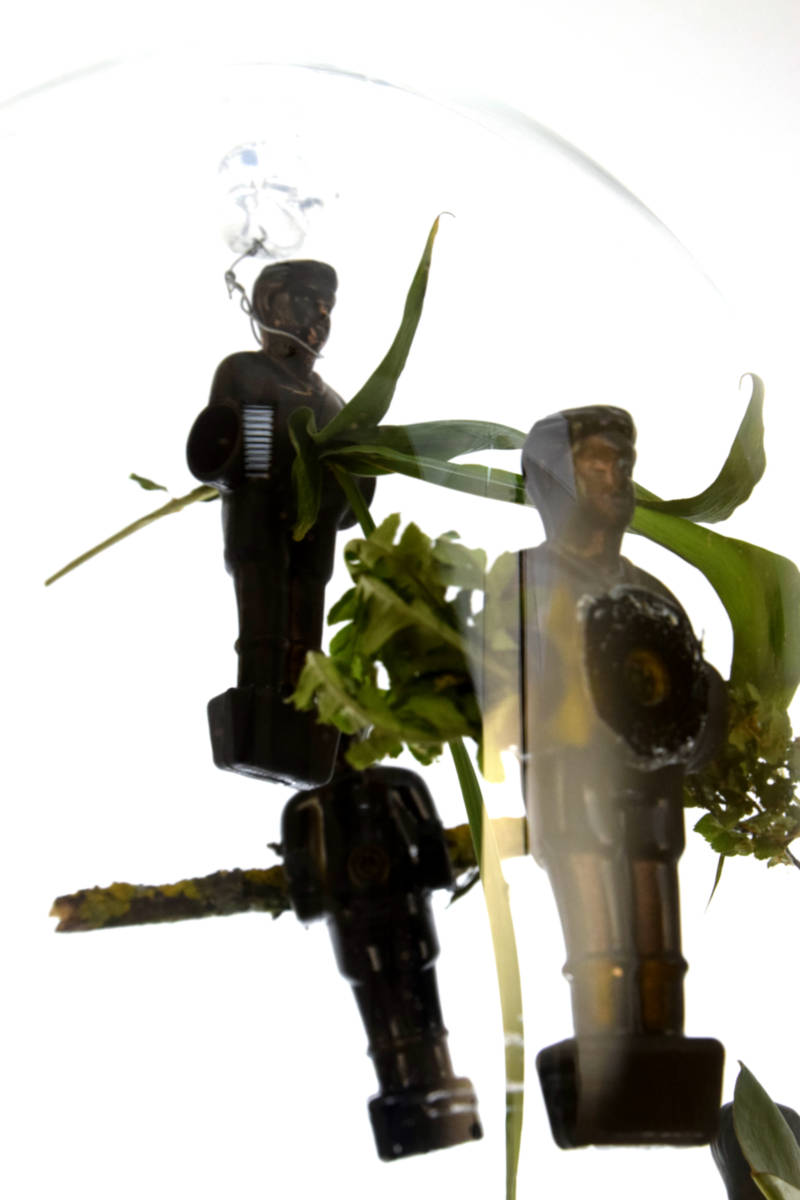 This is a new series we are launching – interviews with important thinkers of our time.

For our inaugural interview, we are very honored to have Dr. Drieu Godefridi. He obtained his PhD from the Sorbonne in philosophy, and he has written several important books on gender, the IPCC and environmentalism.

The Postil (TP): Welcome, Dr. Godefridi. Thank you for giving us this opportunity. To start, do you think the West is in crisis, where everything must be questioned so that it can be replaced by something “better?” Or, is it simply bad political management, in that we are in a period of kakistocracy?

Drieu Godefridi (DG): There is an element of risk in answering such a broad question. The West is more powerful than ever, its military might is peerless and its cultural impact is probably greater than ever. At the same time, the threats to this hegemony are evident — mass migration, economic stagnation in Europe, self-destructive totalitarian environmentalism — and a Left getting more and more extreme by the day.

TP: Why does the West still want to be “moral”, while also being aggressively atheistic (where science alone is the arbiter of truth)? Can this contradiction be easily resolved, or will it only produce chaos?

DG: I don’t see either the United States or Eastern Europe as being particularly “atheistic”. What you say is true only of Western Europe, and of the American Left. This is not “the West” as a whole; the Kulturkampf is still very much ongoing. As for the “morality” of Western Europe, for instance regarding foreign affairs, it leads nowhere, as Henry Kissinger predicted in his formidable book Diplomacy. After Brexit, I see the European Union — beyond its function as a common market — as condemned; it is now only a question of time. When Germany is unable to pour huge amounts of money into Eastern Europe anymore — which will soon come about, given the utter folly of the Energiewende, Germany’s energy transition to poverty — Eastern Europe will exit, too.

TP: The native populations of the West have constructed all kinds of myths about their own “evil” (white supremacy, colonialism, misandry, environmentalism, and now genderism). These are very powerful myths which now determine global intellectual and socio-political discourse. Where does this self-loathing come from? And how can we diminish its harmful impact?

DG: Myth and ideology are consubstantial with mankind. That aside, I see no commonality to those ideologies, for instance, you may think that colonialism was economically deleterious — as F.A. Hayek did — yet be radically opposed to the other ideologies you mention. Nevertheless, one thing they do have in common it is that they are false. To say that the West is “white supremacist” is grotesque and does not deserve serious consideration, no civilisation has taken in so many people from every race, continent, creed, religion and origin as has the West over the last 50 years. And genderism, basically the idea that sex is a cultural creation, not a biological reality, is a false theory with absurd consequences, particularly detrimental for women. As for environmentalism that is a very powerful and comprehensive ideology that is the subject of my latest essay.

DG: Capitalism is fundamental to the West and is the embodiment of freedom in economic affairs. I’m very much in favour of capitalism. Libertarianism as an apriorist theory that pretends to “derive” all rules of law and of morals from a single axiom —non-aggression— which seems to me a very simplistic contrivance. An anarchist political theory is a contradiction in terms.

DG: I do my utmost to avoid those words. The word ‘Liberalism’ had been employed, particularly in English, in so many different and irreconcilable ways, that even Joseph Schumpeter and Hayek were sceptical of its usefulness back in their day. It’s even more true nowadays. People in favour of infanticide — postnatal abortion — and euthanasia without consent or those viewing sex as a cultural creation are not libertarian, liberal or whatever: they are merely rationally and morally wrong.

TP: You have also written about George Soros and his efforts to construct his own “empire.” This “Sorosian” imperialism has its roots in the ideas of Karl Popper (which is Marxism without Marx, in that the desire to change the world remains valid). But Soros is also a highly successful capitalist. How can “Sorosian” imperialism (making the West into an “Open Society”) be properly critiqued, while retaining the importance of capitalism?

DG: The political philosophy of Mr. Soros is international socialism with a heavy accent on “crony-capitalism” — he is himself the ultimate insider, and has been criminally convicted as such. Mr. Soros, who has invested $35 billion not in true philanthropy but in the promotion of his political ideas, must be seen as a sui generis phenomenon. You are right regarding its origins, for his foundation was named after the “open society” of Karl Popper. But in fact Soros is no Popperian at all. Popper was in favour of democracy; Soros is funding hundreds of extreme NGOs; some of which use violence and intend to abolish democracy in the name of Gaïa, Allah or whatever. Soros is no Popperian, he’s an international socialist who fancies himself as some kind of god. Popper defined himself as a liberal in the classic sense of the word, close to the philosophy of Hayek and the Founding Fathers of the Unites States.

TP: You have just written a very important book on the dangers of environmentalism, which we had the pleasure of reviewing. Why did you write this book?

DG: My goal is to show that the end result of the green ideology will be misery and the complete abolition of freedom. If human CO2 is the problem and we have to reduce it to zero —as stated by the IPCC, the EU, the UN and the American Left— there is no room left for freedom. Freedom = CO2. Whichever perspective we choose, be that theoretical or practical, contemporary environmentalism brings us back to this truism, this obvious truth: if human CO2 is the problem, then Man’s every activity, endeavor, action, and ambition is the problem.

TP: Why has environmentalism become the West’s new religion?

DG: People in Western Europe do not believe in God anymore so were ready for a new source of “meaning”. As Ayn Rand stated, real atheism is not for the weak. Most people try to find a substitute for God. Gaïa — the “All-Living” — is exactly that to the environmentalists.

TP: Freedom is disappearing very rapidly. Theoretically, freedom is a Western virtue. But in current Western socio-political policy, freedom has become a crime. Why this contradiction, and how can we overcome the emerging oppression?

DG: By winning the Kulturkampf. Cultural submission to the Left — the European way — is no solution. We must fight for freedom and defeat these extremists within the framework of the constitutional order — which is the American way, thanks to the ultimate fighter Donald J. Trump, probably the most important political figure of our time. You do not collaborate with the enemies of freedom: you fight them, you defeat them. There is no middle ground. We will not be subordinate to “Gaïa” — which is a concept devoid of meaning — nor material “equality” — which is a natural impossibility — we are the resistance; we are freedom fighters.

TP: Lastly, what do you think is the most important issue of our time? And why?

DG: Freedom is the most important issue of all time in the West because, from ancient Greece to today, it is the value on which our civilisation rests and is, at the same time, the driving force of our society. If you abolish freedom, you abolish the West as a distinct concept.

TP: Thank you so much for giving us this opportunity to share your valuable ideas with our readers.

DG: And I’d like to thank you for the recent appreciative review of my humble essay on the totalitarian essence of environmentalism.