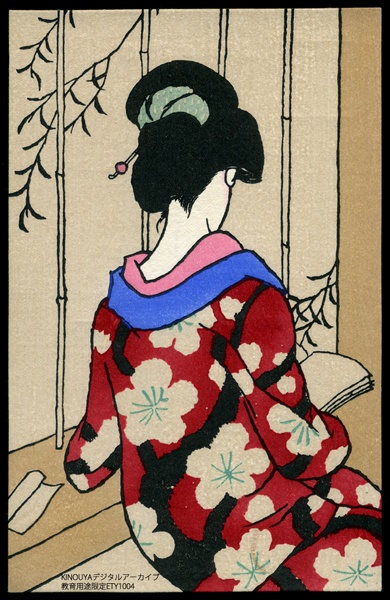 The novel, The Woman in the Dunes, by Kobo Abe, is a work that exists on various levels. The most immediate one is the mythic structure that becomes an integral part of the novel. In fact, the entire premise of the novel depends on the Classical myth of Sisyphus, and the journey into Hades; however, Abe is not content with merely retelling ancient myth. Rather, he takes this myth and transforms it into a viable parable for modern life.

The entomologist, Jumpei Niki, finds himself in a strange village, while looking for a rare beetle. Thus, from the very beginning, we have a journey, in which the hero seeks to find something unique and rare – very much like Jason seeking the Golden Fleece. Before long, Jumpei finds himself relegated to the pit, by the villagers, where he must remain, with only a woman as his companion, whose job it is to perpetually shovel the sand to keep the village and herself from being buried alive.

This incessant struggle to keep the ever-encroaching sand at bay certainly reflects the myth of Sisyphus, who must labor and toil to roll a huge rock up a mountain, only to have it roll back again. However, Abe transforms this myth intrinsically.

Whereas the work of Sisyphus is pointless and meaningless, what Jumpei and the woman do is extremely meaningful and useful – they are keeping themselves and the village alive. Thus, their job is similar to life itself, which finds meaning in the most mundane of existences: “In the final analysis, I rather think the world is like sand.

The fundamental nature of sand is very difficult to grasp when you think of it in its stationary state. Sand not only flows, but this very flow is sand.” Therefore, sand is the force of nature that will ultimately destroy the individual.

Thus, despite the absurdity of life – represented by the mindless task of shoveling sand day and night – there is also meaning in what we do. In effect, there is the important idea that we must create meaning in life, despite the fact that we may find ourselves trapped in a situation that in and of itself is entirely devoid of meaning.

From a larger perspective, the sand represents not only the force of nature that will destroy us all in the end; it also symbolizes the encroaching of a world that is alien to Japanese culture. The sand is the influence from abroad that must be continually thwarted in order to preserve that which is inherently Japanese. Again, Jumpei’s and the woman’s job is not entirely without meaning – for they are both guardians who must preserve not only their village, but also by extension, Japan.

It is this larger perspective that transforms the novel into a grand parable about the usefulness of life. A parable by its very nature must teach a valuable lesson, by way of a narrative. Thus, the tale of Jumpei and the woman, trapped in a pit, forever shoveling sand, is a parable for human existence itself.

We human beings are also trapped in life, in this world. Often we recognize our lives to be meaningless and absurd. But it is out effort and our will that transform our lives into an existence full of meaning. And this transformation is the result of our labor – just as Jumpei and the woman must labor daily and ceaselessly in order to live.

Thus, Kobo Abe’s The Woman in the Dunes is work that transforms myth, and in doing so becomes a parable about the meaningfulness of life – and how we achieve this meaning through our own will and effort. It is ordinary life that is heroic, in the end, and what we achieve transforms not only the world outside us, but it also transforms us as well.

The photo shows, “A Woman Reading” on a postcard, by Yumeji Takehisa, Showa Era, ca. 1930s.