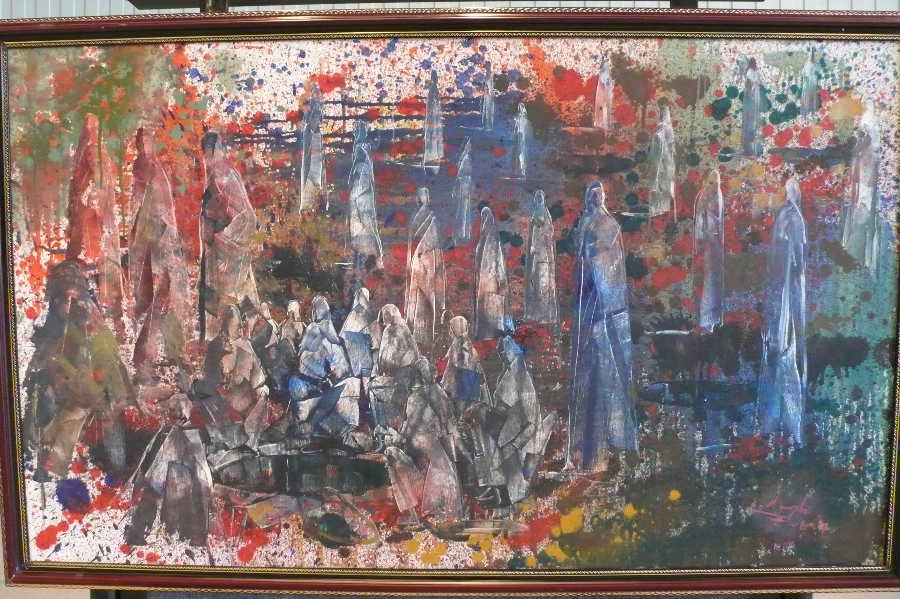 It is now 26 years since the Taliban captured the attention of the world’s media. They were men wearing black turbans, under a white flag, and calling themselves the Islamic Emirate; they soon seized power. With them, a time of darkness, despair, helplessness and misery spread throughout Afghanistan. And when that plague passed, Afghan society was much poorer, and women, who had always been weak, became even weaker, having been denied the right to work and to education; only to be stoned, whipped, tortured and subjected to forced marriages.

After the fall of the Taliban regime, and thanks to international intervention, Afghan women saw the sun rise again and, at least in the cities, were able to have the opportunity to access education, participate in political life, and realize their dreams of leading a more dignified life, and fighting for equality and dignity, two things hitherto reserved only for men. They were able to study at universities and become musicians, artists, political activists, journalists and sportswomen. But with the return of the Taliban, they will no longer enter schools and universities. No woman or girl will be able to sing, play any instrument, dance, or be a teacher in a school or university. After the final withdrawal of the NATO troops, and now under the Taliban, there will never be another new dawn for these women who are now without a future.

Since Biden announced his final withdrawal, the Taliban continued to gain ground until they captured the country. Afghanistan’s 34 provinces consist of districts, or counties, which are basically made up of villages, are organized around the provincial capital. The rural world was always practically Taliban. So, all that remained was the fall of the cities, which has now happened. When a district falls into the hands of the Taliban, the first thing they do is impose their system of prohibitions, which are almost always focused on the lives of women and girls. It is well known what that is all about – prohibition to engage in any kind of salaried work, to study anything at any educational level, and to leave home without wearing the burqa that covers the whole body from head to toe, including the face, and only allows women to see the world through a grille. Under the new Taliban rule, all women will have to wear this type of attire that was once only used in the southern provinces.

In recent years, the U.S. representative for Afghanistan has acted as a mediator in a negotiation with the Taliban. Khalilzad, that is his name, repeated again and again: “The Taliban are no longer the same; they have changed;” and they no longer treat women so badly. But what happened in areas under Taliban control was exactly the opposite. One of the leaders of that group, Sayed Akbar Agha, defined women as beings “deficient in their religious practice and beings of limited intelligence.” And it is on the basis of that idea that the entire treatment of women proceeds.

The first thing the Taliban does, when they take over a district, is to close the girls’ schools. Then they prohibit salaried work, and the leaving of the house without the burqa and a male companion who must be a family member. So, now, again as in the 1990s, Afghanistan has become a prison, where women live confined to their homes and inside the portable cell that is the burqa. And there are also the well-known degrading punishments in public – the whipping and stoning. But there are also other things that the Taliban do that are less well-known and are rarely shown to the public. The Taliban, like other terrorist groups, such as Al-Qaeda and ISIS, have a long history of rape and female sexual servitude, mainly involving non-Pashtun women living in the most remote and isolated areas. As an Afghan proverb says: “God never listens to the braying of an ass,” which means that in those remote areas you can do whatever you want, because no one will be the wiser.

In the 1990s, the Taliban turned girls from orphanages into sex slaves. They forcibly married them off and sold them by the hundreds, along with girls and adult women, to Pakistani and Arab members of Al-Qaeda, who fought jihad in the ranks of the Taliban. Nor has anything changed in the way the Taliban treat women, according to their interpretation of Islam. In hundreds of cases, then and now again, the Taliban sentence them to public floggings, for such things as talking to a man, or calling him on the phone. And the penalty of stoning for adultery applies to any kind of sexual intercourse, full or not, outside marriage.

Takhar is a largely Tajik province, located in the north of the country, which fell in its entirety to the Taliban. Refugees from it, told how the Taliban have not only closed all the girls’ schools, but also burned the houses and destroyed the crops. And they forced the creation of lists of unmarried women or widows under the age of 45, to marry them off to the jihadists, or send them to Waziristan, a region of Pakistan that needs to be “re-Islamized.”

In a recent interview with an independent radio station in Kabul, an MP from Takhar, Habiba Danish, an engineer, named, Amir Mohammad Khashar, and a physician, Dr. Sharaf-ul Din Aaini confirmed the mistreatment that the Taliban inflicted on the people of that province. In the Rostaq district, forced marriages were implemented. Of course, the main Taliban leader, Zabibullah Mujahid, has denied it all. But that is the usual modus operandi for the Taliban. The imposition of the burqa in that province has immediately raised this garment’s market price from 400 to 1,600 Afghanis.

If the Taliban triumph for good, in addition to all the misfortunes that will befall the country, a whole generation of women and girls will wear the burqa for the first time in their lives. The majority of Afghanistan’s population is under the age of 25, and many millions of them are girls and young women. For twenty years they used to wear the veil of their choice. To go totally hidden under a burqa will be a very painful experience for women who were workers, students, doctors, journalists, lawyers, teachers, artists or merchants – all professions that they will have to leave, causing enormous damage to the country, which will thus lose a good part of its most qualified professionals. What awaits them is a future of confinement, in which just expressing an opinion can be a crime in the eyes of fanatics who usurp the name of God every day. In Takhar province, for example, a Taliban commander told the inhabitants: “Anyone who does not swear absolute allegiance to the supreme leader of the Taliban will be out of Islam, even if he practices prayer and fasting.”

Over the past few months, women journalists have had to stop being journalists and flee the country to escape the Taliban’s return. Teachers, professors, nurses, doctors, artists, actresses, singers and sportswomen watch in terror as the Taliban now control the cities. Is there any hope left for them here on earth? The Book of Revelation, 21:4 says: “And God shall wipe away all tears from their eyes: and death shall be no more, nor mourning, nor crying, nor sorrow shall be any more, for the former things are passed away.”

Where else but heaven can Afghan women look to when they are forced to kneel? Can they look to the West, where no one wants to see them? Western men and women say that all these things I am talking about happen in Afghanistan because the East is the East, and besides, Afghanistan is thousands and thousands of miles away. It is very far. That is true. But for many centuries Western women were also forced to be humiliated and to kneel; and in a world where everything changes that could happen again in the future. Let us hope that it will never be so, and that the women in the East will not say that such things are happening in the West, a place so far away, a place where the sun sets.

The featured image shows an untitled piece by a woman Afghan painter, from the University of Kabul. If anyone knows the identity of this piece and its painter, please let us know.