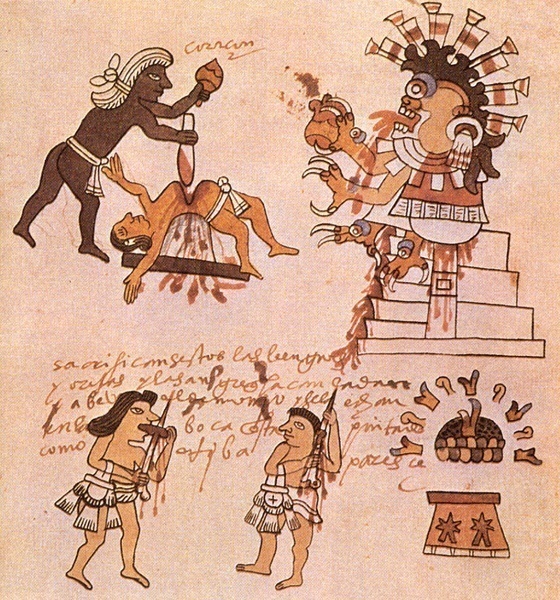 This book, with a preface by Alfonso Guerra, former vice-president of the Spanish government (1982-1991) and former vice-secretary of the PSOE (1979-1997), has not failed to raise some controversy.

The president of Mexico, Andrés Manuel López Obrador (whose name clearly testifies to his Spanish origin), recently responded with disdain for the idea expressed by Gullo, according to which Spain, for the majority of the indigenous peoples, liberated Mesoamerica from the dreadful Aztec oppression.

It should be kept in mind that on March 1, 2019, López Obrador even sent a letter to the King of Spain, Philip VI, demanding an apology for the conquest of America.

In an uncompromising open letter, reproduced in the newspaper, El Mundo and the website ElManifiesto, Professor Gullo dispels doubts and sets the record straight. [Arnaud Imatz]

On August 13, on the occasion of the 500th anniversary of the liberation – though for you, the fall – of Tenochtitlán, you quoted verbatim, without naming me, a paragraph from my interview that appeared in the newspaper, El Mundo, on Friday, July 23, following the publication in Spain of my book, Madre Patria. Desmontando la leyenda negra desde Bartolomé de las Casas hasta el separatismo catalán.

In your speech, you said, “There are issues that need to be clarified as much as possible. For example, a few days ago, a pro-monarchist writer from our continent claimed that Spain did not conquer America, but that Spain liberated America, because Hernán Cortés, and I quote, “gathered 110 Mexican nations that were oppressed by the anthropophagous tyranny of the Aztecs and fought with him.” You have also accused me without any evidence – and without even bothering to examine my academic background or gather information about my anti-imperialist political trajectory – of being a representative of colonialist thought.

Since I agree with you that some points need to be clarified, I would like to remind you that the Mexican archaeologist, Alfonso Caso, former rector of the National Autonomous University of Mexico, states that “human sacrifice was essential in the Aztec religion.” That is why in 1487, to celebrate the completion of the construction of the great temple of Tenochtitlán – of which you inaugurated a monumental model on August 13 – sacrificial victims were gathered in four rows that stretched along the causeway connecting the islands of Tenochtitlán. It is estimated that during these four days of celebration, the Aztecs killed between 20,000 and 24,000 people.

The North American historian, William H. Prescott, who can hardly be suspected of “Hispanophilia,” gives an even more frightening figure: “When the great temple of Mexico City was dedicated to Huitzilopochtli in 1486, the sacrifices lasted several days, and 70,000 victims perished.” In his book Historia de América, the Uruguayan, Juan Zorrilla de San Martín, explains that “When they took the children to kill them, if they cried and shed tears, they rejoiced more because it was for them the sign that they would have a lot of water in the year.” The number of victims sacrificed each year was immense,” Prescott admits, even though he is one of the most critical historians of the Spanish conquest and one of the most fervent defenders of Aztec civilization.

Hardly any author estimates it at less than 20,000 per year, and there are even some who raise it to 150,000. In his famous work Cannibals and Kings. Origins of Culture, the North American anthropologist, Marvin Harris, writes, ” The main source of food for the Aztec gods was prisoners of war, who were marched up the steps of the pyramids to the temples, seized by four priests, spread-eagled backward over the stone altar, and slit open from one side of the chest to the other with an obsidian knife wielded by a fifth priest. The victim’s heart—usually described as still beating—was then wrenched out and burned as an offering. The body was rolled down the pyramid steps, which were built deliberately steep to accommodate this function.”

What became of the sacrificed dead? Where were the bodies of those human beings whose hearts had been torn out at the top of the pyramids taken? What was done with the body of the victim? What was the fate of these bodies sacrificed to the gods day after day? Anthropologist Michael Harner, who has analyzed this question with more intelligence and courage than many other specialists, answers, “There is really no mystery about what happened to the corpses, since all the eyewitness accounts largely agree – the victims were eaten.”

The numerous scientific works – doctoral theses, books published by world-renowned researchers – that we have today leave no room for doubt that in Mesoamerica there was one oppressor nation, the Aztecs, and hundreds of oppressed nations, from whom the Aztecs not only took their raw materials – as all imperialism in history has done – but also their children, their brothers and sisters. … to sacrifice them in their temples and then distribute the dismembered bodies of the victims in their butcher shops, as if they were pork chops or chicken legs, so that these human beings could serve as substantial food for the Aztec population.

The nobility reserved the thighs, while the entrails were left for the general population. The scientific evidence we have today leaves no room for doubt. The number of human sacrifices practiced among the peoples enslaved by the Aztecs was such that they built the walls of their buildings and temples with skulls.

That is why, on August 13, 1521, the Indian peoples of Mesoamerica celebrated the fall of Tenochtitlan. You even had to acknowledge in your speech, Mr. President, even though you did so reluctantly and between the lines, that it is materially impossible that with only 300 men, four old arquebuses and a few horses, Hernán Cortés could have defeated Montezuma’s army of 300,000 disciplined and courageous soldiers. It would have been impossible even if the 300 Spaniards had had automatic rifles like those used by the Spanish army today.

Thousands of Indians from oppressed nations fought alongside Cortés against the Aztecs. That is why your compatriot José Vasconcelos says that “the conquest was made by the Indians.” And what happened after the conquest, after those first hours of blood, pain and death? It is precisely the opposite of what you say. Spain merged its blood with that of the defeated and with that of the liberated. And let us remember that there were more liberated than defeated. Mexico now teemed with hospitals, bilingual schools and universities. Spain sent its best teachers to America, and the best education was directed at the Indians and mestizos.

Let me remind you, Mr. President, that the Spanish liberators – sorry: the conquistadors – were so respectful of the culture of the so-called indigenous peoples that in 1571 the first grammar book in the Nahualt language was published in Mexico, that is to say, 15 years before the publication of the first grammar book in English, in Great Britain. All the facts show that when Mexico became independent from Spain, it was much richer and more powerful than the United States.

Forgive me, Mr. President, if I risk overstepping the mark, but I would like to suggest, with all due respect, that on February 2, the anniversary of the despicable Treaty of Guadalupe Hidalgo – by which the United States seized 2,378,539 square kilometers of Mexican territory – you organize a great event like the one you held on August 13.

May I also suggest that, in order to give more importance to this event, you invite the President of the United States, Joseph Biden, and that, in a great speech before the American President, you demand that he apologize to the Mexican people for stealing Texas, California, New Mexico, Nevada, Utah, Colorado and Arizona, lands that were unquestionably part of Mexico.

Finally, dear President, I would like to tell you that since my childhood I have always felt a sentimental attachment to the oppressed peoples – perhaps because I was born in a humble house, in the city of Rosario, in the Republic of Argentina – and that if I could travel back in time, once or a thousand times, I would join the 300 soldiers of Hernán Cortés who, with the greatest courage known in history, freed the Indians of Mexico from the anthropophagous imperialism of the Aztecs.

The featured image shows a heart sacrifice, from the Tudela Codex, ca. 1540.