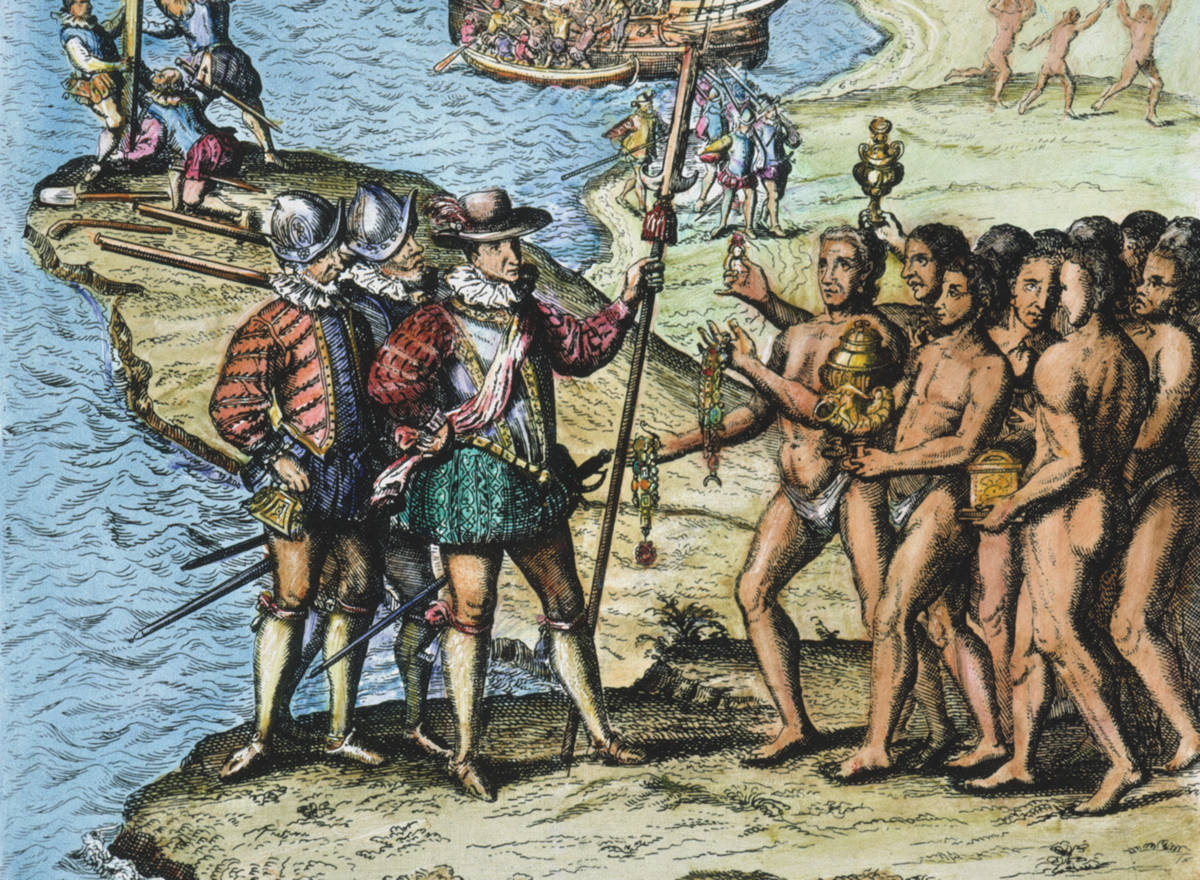 In January 1992, I had the displeasure of meeting a German in Havana. Heinz Dietrich was his name, and he was a great friend of Chomsky’s, and an unswerving pawn in any anti-Spanish plot that was being hatched around the world. Dieterich along with a woman, a Catalan separatist, whose name I do not remember, had been commissioned by the liberal Naumann Foundation to collect signatures denouncing the 500th anniversary of Columbus’s discovery of the New World. That woman (and what is there to say about her two traveling companions, Pedro and Pablo, that will not come across as nasty?) – that Catalan woman forgot, for example, that all of us Spaniards were footing the bill for their Olympics. But to expect nobility and gratitude from such people is just wishful thinking.

The conversation was brief and unpleasant and I will not waste time trying to remember it, except for one thing: They were trying to organize a landing in Barcelona of Canadian Indians in their canoes (the Catalan resided in Canada and was doing her best to stir up anti-Spanish sentiments among indigenous people who could not even tell you where Spain might actually be located). These Canadian Indians were going to come to “discover” Spain, as a slap-in-the-face to the feat of Columbus and his sailors, although these Indians would, of course, be transferring from a mother ship. I do not know what became of such antics for October 12 (Columbus Day), although I do know for sure that their water carnival was kept from going to Palos de la Frontera. Just in case.

I have referred to this trivial comedy, as it is part of a constellation of similar acts with which they stir up bad actors throughout the American continent, especially in those countries where the indigenous peoples are large in number, and precisely those countries which Anglo-Saxons did not colonize and settle. And how timely the reminder by ABC of the words of John Winthrop, first governor of the Massachusetts Colony: “For the natives, they are near all dead of the smallpox, so the Lord hath cleared our title to what we possess.”

Everywhere, insulting and ill-founded actions proliferate to achieve objective goals – against statues, names of institutions, streets, and so forth, of Columbus, Fray Junípero, Pizarro or anyone who has done something positive for the land: Founded a city, opened up a jungle trail to commerce and human interaction, inaugurated a trade route, introduced livestock or cereal species, drawn essential maps, studied the mammals or the botany of a region.

In short, anyone who has put the American continent within the general march forward of humanity, all fed by a lot of sweat and some blood of indigenous people, of Spaniards, or the Portuguese, and of black people who came as slaves and were eventually freed – sometimes a nice story and sometimes a hard one – but was there an alternative possibility in that time-period?

They certainly had a lot of fun in other latitudes making Spain a global laughingstock, especially thanks to our indifference or complicity. But now, after France (with Pierre Loti or Colbert), it’s Canada’s turn. Since last February 6, ecologists, indigenous activists and rabid decolonizers have been trying to block the railways in protest against the construction of a pipeline in the west of the country. The well-meaning, like Justin Trudeau, have seen their lure of “reconciliation” turn against them, and the rebels, whom he believed he could control, no longer settle for anything less than turning the country upside-down by delegitimizing the entirety of the colonization and construction of Canada.

The emergence of the politically correct reaches everyone; and the summary of such refinement of thought is, ”The West is bad,” and “This country should never have existed.” This is not the famous miscegenation of completing, or complementing, one culture with another. No, the objective is to destroy everything that exists and to replace it with an ideal and mythical transcript of the native past that, by definition, is perfect – like the imaginary return to the origins of Islam that the Islamists claim, even though both claims lack any factual basis.

In March 2018, in Montreal, there was a quarrel with such advancement. A plaque in memory of Paul de Chomedey, Sieur de Maisonneuve’s victory over the Iroquois in 1644 was removed at the behest of a citizen, apparently greatly injured, because to this citizen the text on the plaque was not respectful and inclusive; and – ultimately – it was decolonized: “Near this square afterwards named la Place d’Armes the founders of Ville Marie first encountered the Iroquois whom they defeated in March 1644.” The Sieur de Maisonneuve killed the Indian chief with his own hands. But since the indigenous and decolonizing demagogues are, by definition, insatiable, now they are going after the monument to de Maisonneuve itself, erected in 1895. If their whim is catered to, the city will be left without its founder, just as in South America, the City of Kings, also called Lima, was left without its founder.

But, in a drugstore, everything is useful, and taking advantage of the fact that the coronavirus is already passing through the entire world, the epidemics that have taken place in America, indeed, since the arrival of the Europeans (smallpox, diphtheria, measles) that caused great deaths among the indigenous people, are now instrumentalized. Obviously, not for the profit of the Spaniards, who needed the population as a workforce, a detail that is often forgotten by those who cling to Cook’s spurious numerical speculations, in order to blame the conquerors for the demographic catastrophe that occurred after the Conquest – and who thus arrive at the magical number of one hundred million, as the number of Indians that perished at the hands of the Spanish – while ignoring the fact that the total number of the pre-Hispanic indigenous population is very unclear (Rosenblat sets it at 13 million for the entire continent, while the Berkeley gang raises it to 120 or 130.

The objective is clear: The more aborigines missing, the greater the fault of the Spaniards. But now – thanks to the fashionable issue of the coronavirus – it turns out that the Spaniards were just a little less evil than the North Americans in Vietnam, dumping thousands of tons of defoliants and poisoning the fields with bacteria.

And in the same order of things, a final memory, softened by the penultimate sheriff of sheriffs: The denouncers are getting their own dose of popular democracy, in the same classroom where they generously force-fed it to others. Those of the government who promoted pot-banging against the king, for the sake of freedom of expression, have now little moral authority to repress those who only ask for freedom – to get out, to move, to live. However, the Spanish Communists are, at last, happy. They already have the Spanish as they always wanted them: Unemployed, and queuing up to get food. Paradise has arrived.

Serafin Fanjul of the Royal Academy of History, and Professor Emeritus at CEU San Pablo University.

Translated from the Spanish by N. Dass.

The image shows a 16th-century copper plate engraving of Christopher Columbus landing in the Caribbean by Theodore de Bry.