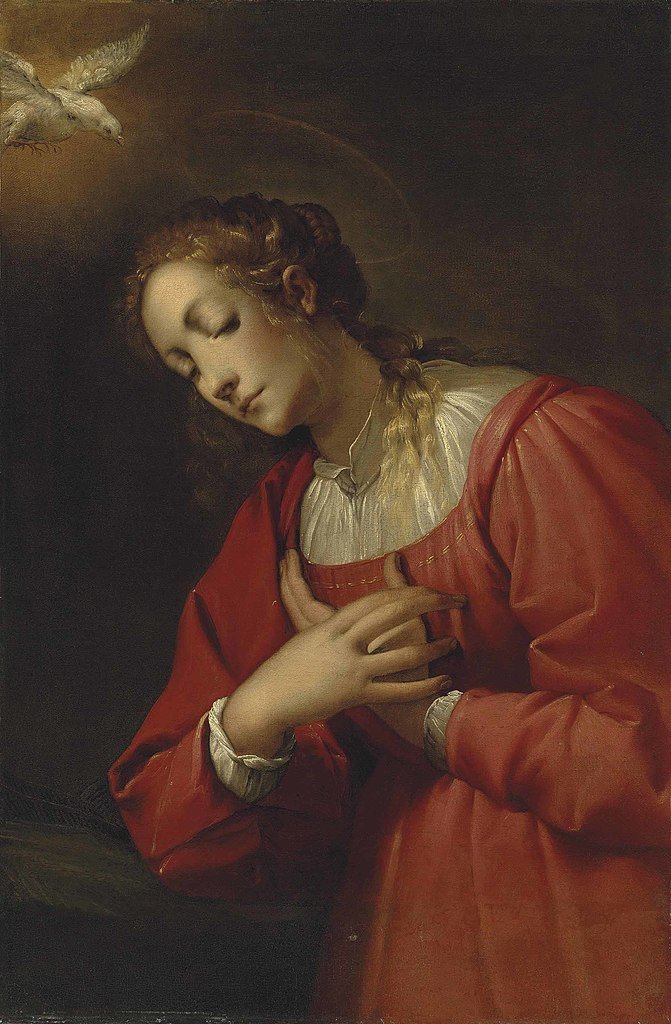 In his letter to the Ephesians, St. Paul warns of the dangers of being “tossed about with every wind of doctrine.” Early Christianity had very little institutional existence or stability. Churches met in homes (usually those of the wealthy). They gathered around their Bishop (or Bishops) with their Presbyters and Deacons. They were grounded in the Eucharist. When we think about these things in hindsight, we too easily project the institutionality of our own experience onto a very unstable format.

The reality is that, at least in the major cities, there were often competing groups. Generally, they were centered around a teacher and followed whatever esoteric version of the gospel was being purveyed. Many of these groups are today described as “gnostic,” a catch-all term for what was never a general reality. It was always localized, the only connection with the “Gnostics” in a different city being vague similarities.

For those groups who understood themselves as the Church (“Catholic,” or later called “Orthodox”), there had been from the beginning a communion. St. Paul’s letters, the letters of St. Ignatius in the next generation, and other such correspondence, were the work of leaders of a common life, a common faith, and a common practice. Indeed, the tenor and content of those letters were focused as much on the continuance and strengthening of that commonality as they were on various points of instruction. The communion of the Church was something far beyond the Cup itself: it was a common life, lived and practiced by all, everywhere, and always.

This is the reason that those early Orthodox Christian writings are filled with references to love and to very practical concerns for the common life (forgiveness, patience, compassion, etc.). The few so-called Gnostic writings that we have offer no such advice. Rather, they are bizarre screeds about levels of heaven, Ogdoads, and other such nonsense. Their “life” is simply in the mind of their “teacher.”

These groups disappeared (probably dispersing in various ways after the death of key figures). The primitive Orthodox Catholic Church persevered and continued to spread. It endured centuries of persecution and continued harassment by false teachers, but remained intact and bequeathed later centuries with the faith that remains and abides. Whole civilizations flourished on its teaching.

It has become a new fad in early Church studies (in various revisionist university settings) to suggest that the early Church was pluriform, almost “denominational” in its beginnings. Some, like Bart Ehrman at UNC, have made it a major thesis for new modes of critical unbelief. It is a bogus historical account, but supports a modern agenda that would justify a similar form for the modern setting. The truth is, that modern form already exists.

Denominational Christianity is less and less institutional, with far more “independent” groups that should be more accurately described as “entrepreneurial.” In many cities across the land, the largest churches at present likely did not exist even 40 years ago. America is the land of opportunity.

The history of the Church, even within Orthodoxy itself, is filled with schisms. The few that we think of historically (the Great Schism, the Monophysite Controversy, etc.) are usually large, global events. But, the often untold reality is marked by many smaller schisms, from within a city (ancient Antioch endured one that lasted a number of years) to just the normal parish stuff. The sad history of the Church, even in our modern setting, is rife with such discord, often with no resolution other than a permanent split. These are often neither testaments to doctrinal purity, much less heroic suffering. Rather, they are stories that mark the failure of love.

All of this is like the story of a family. Marriages fail, and even the many that survive either endure difficult things that are never healed, or, miraculously, find the path to reconciliation and new life. Human relationships are hard. The Scriptures are as honest about this as possible. The human story, within the second generation, includes jealousy and murder. The stories of the people of God move from one tragedy to the next. What some call “salvation history” is also the account of God working in and through the lives of people whose sordid ordinariness is so clearly described that the very worst sinner among us can easily find examples with which to identify. This is the truth of the human condition.

One of the reasons that I love the writings of Dostoevsky is his unvarnished treatment of the human condition: an axe-murderer with nothing more than silly Nietzschean musings as an excuse; a family so confused and conflicted that the wrong brother is convicted of his father’s murder. In the midst of this there shines some of the most brilliant displays of Christian understanding. There is no utopian dream of progress – only the possibility of the Kingdom of God breaking in where it should least be expected.

This brings me back to the parish. When I was leaving the doctoral program at Duke to return to parish ministry, a professor asked me what I was doing. I told him, “I’m leaving the academy to return to the parish in order to do theology. The parish is what theology looks like.” Though it was made in agony, it was one of the best decisions of my life.

It is only in the parish that we receive the Holy Mysteries. It is only from the hands of a flawed human being, clothed with the grace of the priesthood, that we receive the life-giving Body and Blood. It is this entity, the parish, that Christ entrusts with the whole mission of the Kingdom of God. It is not an accident, or an inconvenient necessity: it is the will of God made manifest.

I believe it is also the place of our greatest temptation – which only makes sense. The true battleground of the spiritual life is only found where temptation abounds. It is only through an outpouring of extreme grace that a monastery rises to this level of temptation. That such thoughts should sound in the least strange to us only indicates that we are failing to understand the nature of the battle and our place within it.

The current world order, beset by various threats and political chaos, is only one of many sources that stir our passions and distract us from attending to the truth of our condition. How a priest or bishop is presently handling the Church’s response to the pandemic, for example, is not a crisis nor a threat, no matter how clumsy or ineffective it might be. Indeed, if we truly attend to crises, then we will look to our own heart.

A proper goal of the heart is described in the virtue of “nepsis” (sobriety). It is that state where the passions have been stilled and we quietly keep watch for those things that would disturb and interrupt our communion with God. Quite often, what passes for “communion” in the lives of many, is an idea about God, held in an idea about a spiritual life, argued for in the context of an idea about Christianity. These “ideas” are, in fact, passions. They do not even rise to the level of true thoughts. Far likely, they represent little more than a constellation of feelings, echoing our unattended neuroses.

Orthodoxy, when practiced properly, is difficult. It is not the fasting, or even the prayers. Instead, it is the hard work of confronting emotional and psychological damages that disguise themselves in our many opinions. It is the patience of stability over many long seasons. I can think of very little in the Orthodox life that is accomplished quickly.

In our present difficulties, there is an avalanche of alarming information. Most of it surrounds the political lives of nations, some of it surrounds the present life of the Church. There are certainly real challenges within the Church, though they are not far different than the challenges that have gone on before. Those who suggest otherwise are not, I think, speaking from a place of neptic perception. As for the lives of nations, anyone who has expected great things from them is a fool. The nations daily fulfill the expectations of every cynic.

My only confidence is that the Church will abide and that the nations will get worse. These are things that need to be settled in our hearts. There, within the heart, it is possible to find the Kingdom of God where all the kingdoms of this world must kneel. There we can also find the peace that allows us to resist the siren songs of those who would draw us away from the life of the parish into delusional anxieties. Writing in the first century, where things were ever-so-less clear than they are now, St. Paul said: “I appeal to you, brothers, by the name of our Lord Jesus Christ, that all of you agree, and that there be no divisions among you, but that you be united in the same mind and the same judgment. For it has been reported to me by Chloe’s people that there is quarreling among you, my brothers” (1Cor. 1:10-11).

St. Paul was busy traveling about, getting whipped, stoned, beaten, imprisoned, tortured, and such. However, he seems to have taken time to offer a word to call the Church in a local community back to its senses. He understood where the truly great battles were.

In the same vein, I offer my own encouragement to those who read these poor writings. Be steadfast in your love of the brethren. In difficult times, patience and endurance are the greatest virtues. The world is awash in the madness of its faux democracy. It is good not to let such things take root in us. Whenever possible, practice stability. Honor your priests. Obey your bishops. Pray for each other. Ignore those who disturb your peace.

O God, save Your people!