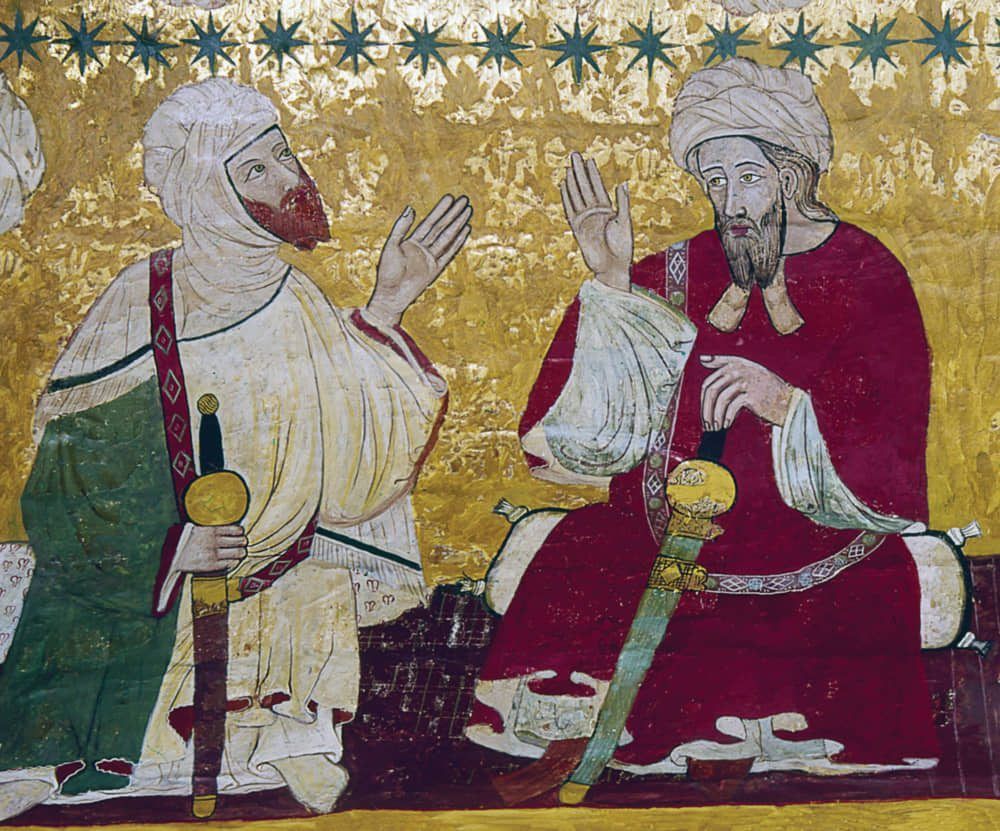 Lucian of Samosata says in his treatise, How to Write History, that one can only be a good historian if one can tell the truth; that is, if one wanted to tell it; and if one did not wish to flatter the powerful. That is why many times the great historians have swum against the current; and when the data are systematized and the usual interpretations are dismantled, a history book can seem impertinent. Such was the case of the book by Darío Fernández-Morera, The Myth of the Andalusian Paradise: Muslims, Christians, and Jews Under Islamic Rule in Medieval Spain. It is a work based on overwhelming evidence, which puts facts before prejudice and goes against the political and academic clichés in force in Spain, which make the image of the past, which is often offered, an inversion of what the past actually was. An example of this is the book by Jorge Elices Ocón, Respeto o barbarie: el islam ante la Antigüedad. De al-Andalus a DAESH (Respect or barbarism: Islam in the face of Antiquity. From al-Andalus to DAESH), which is a faithful portrait, not of the past, but of the political and academic world of Spain today.

In present-day politics of Spain, ideas, controversies and political debate have almost disappeared. Ideas have been replaced by easy-to-use labels, which lack content and are nothing more than a series of words, which fabricate a world parallel to the real world; and the course of this fabricated world is then followed. This is the world of so-called political correctness. And the natural niche in which its slogans are generated in Spain is the academic world.

It is a world of armchair tolerant people, who pretend to redeem the world with their studies, almost always opportunistic and of low academic level, in which they make anachronistic arguments about tolerance in the past.

Such is the case of J. Elices Ocón, who is a perfect example of politically correct opportunism. His book is a doctoral thesis, which is not a guarantee of academic rigor, which was done under the auspices of a project financed with public money, and which shows that getting public money is not a guarantee of anything either. Elices Ocón establishes a continuity between al-Andalus, that is, the Muslim kingdoms of the Iberian Peninsula (and his focus is solely on the 10th century), and Daesh, born in Syria ten centuries later, and not in Cordoba, where an important caliphate existed. If he wanted to talk about intolerance in Hispanic Islam, then he would have to examine how the Umayyads had already implanted religious rigorism and oppressed the Christians, and then deal with the Almoravid and Almohad invasions, which took religious rigorism to extreme limits at that time. But that is of no interest to him. In Islam, as in other religions, the demon of hatred, fanaticism and violence always nests in a corner of the soul, which the author seems to want to incarnate exclusively into Christianity.

To demonstrate respect for classical antiquity in Islam, the author limits himself to collecting scattered data on the reuse of capitals, ashlars, and even sarcophagi used as containers for liquids, without realizing that such reuse was common since antiquity, because it takes a lot of work to carve a pillar, let alone make a capital. To be surprised, as Elices Ocón is, that Muslims appreciated the value of the Hispanic Roman aqueducts and bridges, or that Ibn Khaldun, a Muslim historian who believed that history begins with Mohammed, said that the pyramids of Egypt were built by the men of the past and not by mythological beings, can only be explained by his intention to defend, in a wrong way, that there can also be tolerance in Islam, and to confuse tolerance with common sense. Curiously, he hides the fact that, as can be seen in the book by Darío Fernández-Morera, the Muslims destroyed buildings and churches in order to reuse their materials, for example, in the construction of the mosque of Córdoba.

To the quotations of isolated materials, he adds the knowledge of classical texts. The author hides the fact that in the Hispanic Muslim world no one knew Greek, and that Aristotle was translated from Greek into Syriac and from Syriac into Arabic – and by Christian scholars under Muslim rule.

Since Elices Ocón focuses only on the 10th century in Andalusia, he forgets that the Byzantine Empire ended in the 15th century and that it was there that monks preserved classical texts unknown in the West, such as Plato. To maintain that St. Isidore of Seville had less knowledge of the classical world than the supposed Hellenistic scholars of the Caliphate of Cordoba, because Isidore was a Christian, makes no sense. Dioscorides’ book De materia medica, which Elices Ocón cites as an example of interest in the past, was translated into Arabic by a monk sent to Abderraman III by the emperor of Byzantium in order to teach Greek to the slaves in charge of the translation. It was translated for use in medicine, just as Dr. Andrés Laguna would do in the 16th century, when he translated it into Spanish for use as a vademecum. If to this we add that Elices Ocón does not mention that in the Toledo School of translators, promoted by a Christian king, Alfonso X, the translators of Arabic were basically Jews, then we will see how political correctness censors the past and stifles everything.

It is because of political correctness, sold as history and financed by public funds, that it is said that the actions of Daesh can make sense in the context of the struggle against imperialism, citing the destruction of the Buddhas of Bamyan (Afghanistan). It is true that the remains of the past have been destroyed at all times, but it is also true that Islamic fundamentalism in Afghanistan punishes, for example, apostasy from Islam with 20 years in prison, the burning of the Koran with public execution, by stoning in the case of women, and any public criticism of the religion with 8 years in prison, if there is a trial, or with execution by the free will of whoever is considered the just executioner.

Spanish humanists today live in a glass bubble. They write their books to win merit, which has nothing to do with knowledge, but everything to do with the standards that their colleagues create to evaluate and finance themselves with public money. They ignore much of the established knowledge, such as that collected by Darío Fernández-Morera in his systematic study, because they only work to accumulate a capital of minor publications, often in journals that they control or create. That is why they believe that to quote an author is to do him a favor. That is why, as J. Elices Ocón does, when there is a Greek author, such as the geographer Strabo, who has been studied from different perspectives in Spain and in Europe by numerous authors in different books, instead of referring to this whole tradition of studies, he limits himself to citing a minor article in a medium level journal, authored by a researcher – probably a friend – who will thus increase his capital of citations, within the networks of reciprocity and distribution of quantifiable honors that the humanities have become in Spain.

Are these new humanities, which ignore the value of systematic work, of the study of texts in their original languages, and which ignore the moral responsibility of the historian, described by Lucian, of any use? Well, no. The humanities thus understood serve no purpose, and nothing would be lost if they were no longer financed with public funds, because they contribute practically no new knowledge, nor do they have any capacity to take root in the concerns of citizens.

So increasingly, what readers demand from the humanities is offered to them by novels and all sorts of works of fiction, not by humanists. The new purple-prose humanists know that they are incapable of arousing interest beyond their academic bubble. They ask to be financed by the state – but as they know that their works can only be accepted, not read, in the field of propaganda and political correctness, they proclaim themselves prophets of a new banal world, which they call the “digital humanities” and emphasize the value of history as a resource to promote tourism. But then Medina Azahara, on whose door, by the way, the severed heads of the enemies of the caliph were hung as a lesson and warning to one and all – was also destroyed by the Muslims themselves.

José Carlos Bermejo Barrera is Professor of Ancient History at the University of Santiago de Compostela (Spain). He has published numerous books in the fields of mythology and religions of classical antiquity and the philosophy of history. Among these are The Limits of Knowledge and the Limits of Science, Historia y Melancolía, El Gran Virus. Ensayo para una pandemia, and most recently, La política como impostura y las tinieblas de la información. He has published numerous works in academic journals, such as History and Theory; Quaderni di Storia, Dialogues d’Histoire Ancienne, Madrider Mitteilungen. He is a regular contributor to the daily press.

The featured image shows, “Moors in conversation,” a mural on the ceiling of the Sala de Los Reyes, at the Alhambra Palace in Granada, Spain, ca. 1375.