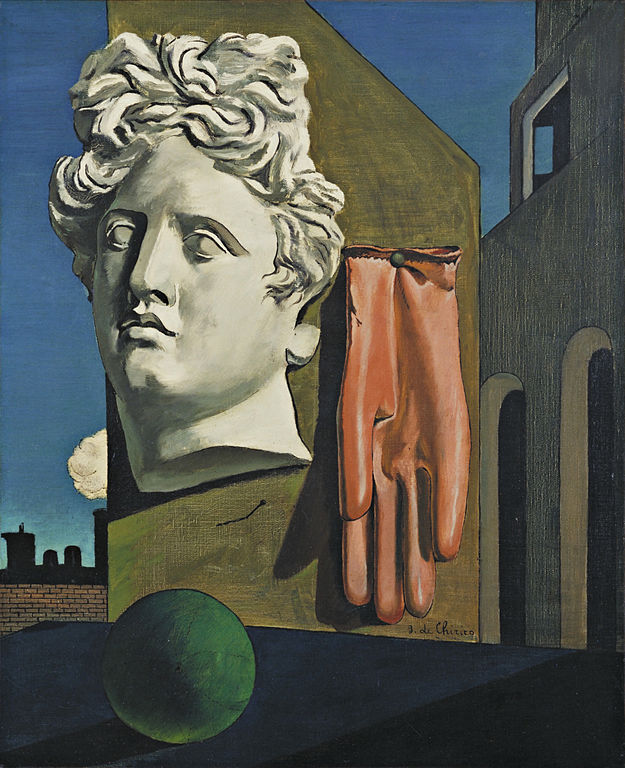 The ideas that constitute “modernity” center around life as management. Modernity assumes that life can be managed, and that human beings are well-suited for the job. Its greatest successes have come in the careful application of technology towards various problems with a resulting rise in wealth. The well-being that comes with that wealth is limited to the things that money can buy. Non-tangibles remain as elusive as ever.

Modernity prefers problems that can be solved. As such, the short history of the modern world is the story of a civilization that staggers from one crisis to another. It derives its sense of self-worth and meaning from the problems it solves. It is existentially desperate for such problems.

No one historical event or idea created the modern world. It is an “accidental” philosophy, made up of disparate elements assembled in the wake of the collapse of the Medieval world (generally called the “Reformation”). The times that gave rise to modernity were revolutionary and radical (or were perceived to be). It’s heady stuff to be reforming the world. It’s also exhausting.

I have often thought that people generally have narrow interests. We want to work, to play, to love our family, to live in peace with some modest level of comfort. Of course, a consumer economy cannot operate in a world of satisfaction. Modern consumption with an ever-expanding economy requires that our dissatisfaction remain somewhat steady.

The same is true of the political world. For people to vote, they must be motivated (like shopping). Problems need to be advertised so that people will vote for their solutions. As such, our society has moved from crisis to crisis, slogan to slogan, with a faithfulness that can only be described as religious in nature.

Though America invented the notion of the “separation of Church and State,” nothing is more political than American religion, nor is anything more religious than American politics. Modernity is a religious project. (Christianity in its modernized forms is also driven by crisis and slogan. As such, it often resembles the politics of the world it inhabits).

Religion, per se, needs no gods or temples. It requires purpose and direction and a narrative for the direction of life. Human beings are not constructed in a manner in which we live devoid of religion. The term itself is instructive. “Religio” is a Latin word that refers to “binding” (“ligaments” has the same root). “Religion” is “that which binds us,” or “holds us together.”

Modernity, as a set of ideas, has been the dominant religion of Western culture for well over 200 years. What Christianity that continues to exist within it generally exists as a Christianized version of modernity. Modernity is the set of ideas, therefore, that answers the question, “What would Jesus do if He was going to fix the world?”

Ecumenism tends to flourish in such a setting because the “religious” differences between denominations are insignificant. What matters is the State and the culture as State. (The State is that arm of society in charge of “doing.” If Modernity as religion is about managing the world, then the State will always be its primary expression).

Modernity has been marked by a series of quasi-religious projects. The “New World” itself largely began as a religious project. The problem was not escaping persecution (an American myth). Rather, it was the dream of building a new world according to the radical ideas of English Puritanism (at least in New England).

The “rights of man” exploded as a religious campaign in France, sweeping away the old order as well as not a few heads. Again, it is a mistake to think of such fervor as “political” in nature. Politics is about governing – revolutions are always religious in nature – people “believe” in them.

America’s Westward drive can only be understood as a religious campaign. Notions such as “manifest destiny” married the American project to the book of Judges and the conquering of the land of Israel. Bob Dylan observed, “You don’t count the dead when God’s on your side.”

The single greatest act of idiocy of the modern project was the “War to End All Wars” (World War I). The mass carnage of an entire generation brought nothing of significance as a result. Again, mere governance is incapable of such madness. Only the blindness of a false belief can create such nightmares.

Following the Second World War (which was utterly conceived in religious terms) the struggle with Communism became the great religious impulse of the post-war period.3 Towards its end, Reagan declared the Soviet Union to be the “Evil Empire,” capturing the religious mood of an era.

Billy Graham’s preaching in the 50’s was as much about anti-Communism as it was about sin and redemption. Presidents loved him. It is worth noting that in its 220 years of history, the United States has only known 17 years of peace. To a large extent, the modern state exists as war (a religious war).

The collapse of the Soviet Union created something of an existential/religious crisis in the West. Historian, Francis Fukuyama, declared it to be the “end of history.” Without the religion of anti-communism, capitalism itself felt empty. Did we spend all of that treasure and energy resisting Communism just so we could have Walmarts?

Indeed, the spiritual emptiness of the West was apparent to almost everyone (except the West). Solzhenitsyn shocked American pundits when he described the vacuity of its spiritual life in his Harvard Address (1978).
I live in Oak Ridge, TN. I moved here shortly after the fall of the Berlin Wall. This city (the home of the Manhattan Project that built the first atom bomb) went into a bit of a tailspin in the 90s as the Cold War came to an end. It was a microcosm of the whole military-industrial complex (in which is located in some dark corner, the Vatican of modernity’s religion).

The decades since have been marked by a fevered search for a religious substitute. This has partly been found through the propaganda-driven recreation of the Cold War by the demonization of post-Soviet Russia. Both political parties today channel a hatred and fear of Russia that eclipses anything ever expressed about the Soviet Union.

The single most successful current religious movement surrounds the issues of climate change. I am not suggesting that the climate is not changing nor that human activity is not a contributor. Rather, I am suggesting that it has gained a religious basis that serves the larger purposes of modernity and its religious needs. If fingers were snapped and tomorrow the climate suddenly stabilized and returned to 1960 standards, the emotional loss for many would rival the death of God.

When the pronouncements of religious leaders agree with the headlines of the New York Times, we do well to ask which religion is being espoused. Regardless of actions taken and not taken, we will not “save the planet” nor lose it. However, the concept of saving the planet serves well the unifying cohesion of modernity’s religious needs. (Communism itself was a religious project. Its wholesale destruction of the Orthodox Church was an effort to eliminate a threat to its own religious claims).

The religious character of the current “crisis” is not to be found in a concern for the environment. Rather it is in the concern for a crisis. How desperate things are has little or nothing to do with the matters at hand and everything to do with modernity’s desperate need for purpose and meaning. The very people who wring their hands about future suffering justify present suffering (such as the wholesale slaughter of the unborn) in that its presence helps pay for the uninterrupted lifestyle of consumer capitalism.

The concerns of modernity’s religious demands often contain an element of truth. That same truth is ultimately swallowed up by the unattended destruction that provides for its way of life. Fulfilling those present demands is no more a solution to the problems of the world than any of its previous wars, genocides, and head-chopping revolutions. Filled with good intentions, they are the demands of a religion of insanity.

Christian theology has a concern for all things: “the earth is the Lord’s and the fullness thereof.” As such, it is possible to construct a “theological” account that supports the various projects of modernity. However, the Church does not exist to serve the demands of a false narrative. Coming to understand who we are and why we are is essential to Orthodox existence. Its endangerment may be the only true crisis of our time.