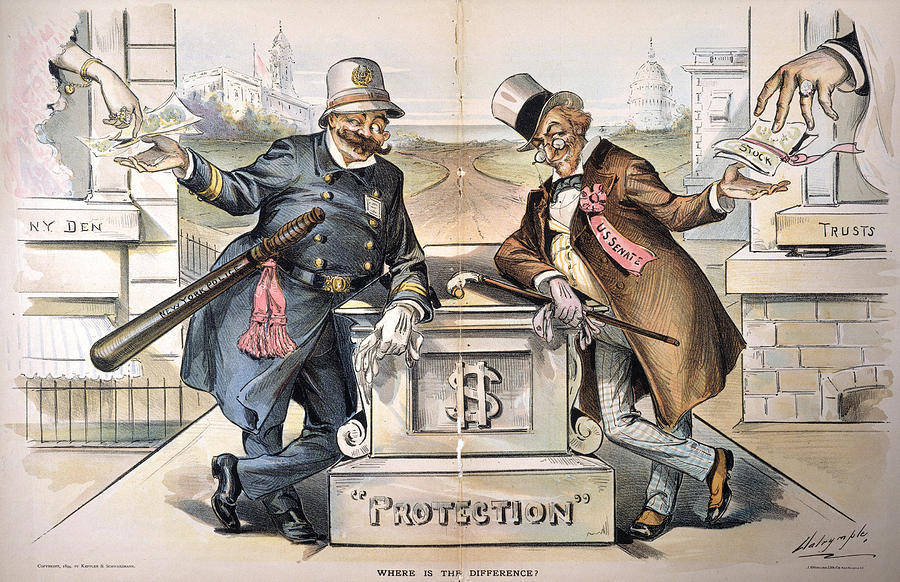 Biden’s economic plan will prove disastrous for both the United States and the world economy. Bidenomics will not “build back better” as the slogan says but will have deleterious effects on nearly everyone—unless you happen to live and work inside the Washington, D.C. beltway.

Biden, himself in the midst of a five-decade career in the federal government, has a net worth of over $10 million and owns two multimillion-dollar properties. Not bad for a lowly middle-class civil servant from Delaware who started with nothing. Who says government doesn’t pay, if you know how to tweak the system by getting huge speaker fees and kickbacks? Biden has sucked on the teat of the state his whole life—it is all he knows.

You may recall the “two cows” political satire that grew up after World War II. It goes like this:

America has never been a socialist country. The people, culture, and pioneer spirit just never allowed it. Yes, some groups wanted slightly more government intervention in the economy or a slightly larger welfare system but until Bidenism, the view held that capitalism was, as the saying goes, as American as apple pie.

Under Biden’s woke economic plan, written by none other than the always wrong Paul Krugman, there are just four basic rules. These are not figments of my imagination or construction, either—he delivered them verbatim in the New York Times.

Rule 1: Don’t doubt the power of government to help.

For Biden, who put a huge portrait of Franklin Roosevelt in the Oval Office, more government is always better. Biden never saw a problem he thought the government couldn’t fix. Unlike Bill Clinton, who admitted government is often the problem, Biden fervently believes government can end poverty, curtail the carbon economy, pick winners and losers, and provide the best welfare and health insurance. He will attempt to do everything in his power to swell the size and budget of the central government. That is his core economic premise. Biden has zero business experience except for shaking down corrupt foreign powers in his family’s pay-to-play scheme and wouldn’t know a profit from a loss column.

Sure, we have record budget deficits, and the national debt is on the way to $30 trillion. The more the better. Biden is great at spending other people’s money and printing more. His Federal Reserve is now willing to fight climate change and the Democrat wants to raise taxes by $2 trillion on the backs of everyone making more than $200,000—and on all corporations. This will kill the economic recovery. In Bidenomics, debt is good and more debt is better. A $3 trillion climate change bill is next and near-universal healthcare will follow that soon. Biden is so keen on importing immigrants that he doesn’t care what it costs. Be assured the collapse of the dollar is inevitable in Bidenomics.

The economy’s silent killer is rising inflation. Just ask countries that have suffered its plight. No one escapes its trajectory, everyone loses. Biden wants a hot economy. He doesn’t worry for a nanosecond about inflation. His advisors tell him not to care. It doesn’t matter. But watch the figure as it is about to explode. The laws of real economics do not jibe with the rules of Bidenomics. Government employees and teachers’ unions will get continuous cost of living adjustment increases matched to inflation, but the rest of the population can suffer and go to hell.

While Biden regularly boasts of bipartisanship and unity, he does not act on it. Instead, his obvious plan is to jam every and anything through a Democratic-controlled House and Senate. If that doesn’t work, he will rule by executive order and circumvent the legislative branch of government completely. The urgent need is for dictatorial power and Biden has a short window (until 2022) to execute all that he intends to accomplish.

Biden would be wise to listen to Britain’s famous Iron Lady, Margaret Thatcher, who once said, “the problem with socialism is that eventually you run out of other people’s money.” But Biden is deaf on economics. He is on a mission to transform the country and redistribute its wealth based on race and class.

Thatcher questioned the false compassion of socialists, and dared to expose statism as the senseless, dehumanizing cult that it is. She rhetorically ripped the velvet glove from the iron fist and spoke of the welfare state as a wolf in sheep’s clothing. Those are things state worshipers, like those around Biden, cannot abide. Under Bidenomics there is no sense of limits or prudence and little appreciation for the horrible and murderous history of socialism in its various forms elsewhere around the world. Instead, Joe and his woke authoritarians are hell-bent on bringing socialism to America.

Bidenomics will see accommodative monetary policy, expansive fiscal policies, and radical structural reforms, not based on competitiveness but built around rebuilding a comprehensive—and woke—welfare state. And you will end up working most of your waking hours to pay for it.

Biden seeks to undo 40 years of American economic history and to forego growth for ideology. The result should scare all investors, anyone with a 401k or a pension, and the rest of the world that still has its horses tied to the U.S. economic engine. When interest rates rise—and they will—the entire global economy and especially the emerging markets will suffer and falter. Bidenomics will see the stock market decline sharply in six months, unemployment rise, and will do little besides grow the administrative state.

As F. A. Hayek observed in The Road to Serfdom, published in 1944 as a response to Communism and fascism, socialism is an allure to a society based on equality. He knew that the desire for greater central planning by a leftist intellectual elite would be ruinous for free societies. Increasing the power of the state would put us on “the road to serfdom”—meaning the masses would work to serve those who hold the power of government.

Hayek’s conclusion: “By giving the government unlimited powers, the most arbitrary rule can be made legal; and in this way, a democracy may set up the most complete despotism imaginable.”

Theodore Roosevelt Malloch, scholar-diplomat-strategist, is CEO of the thought leadership firm The Roosevelt Group. He is the author of 18 books, including, The Plot to Destroy Trump and appears regularly in the media, as a keynote speaker, and on television around the world.

The featured image shows, “Political Corruption,” a cartoon by Louis Dalrymple, from 1894.