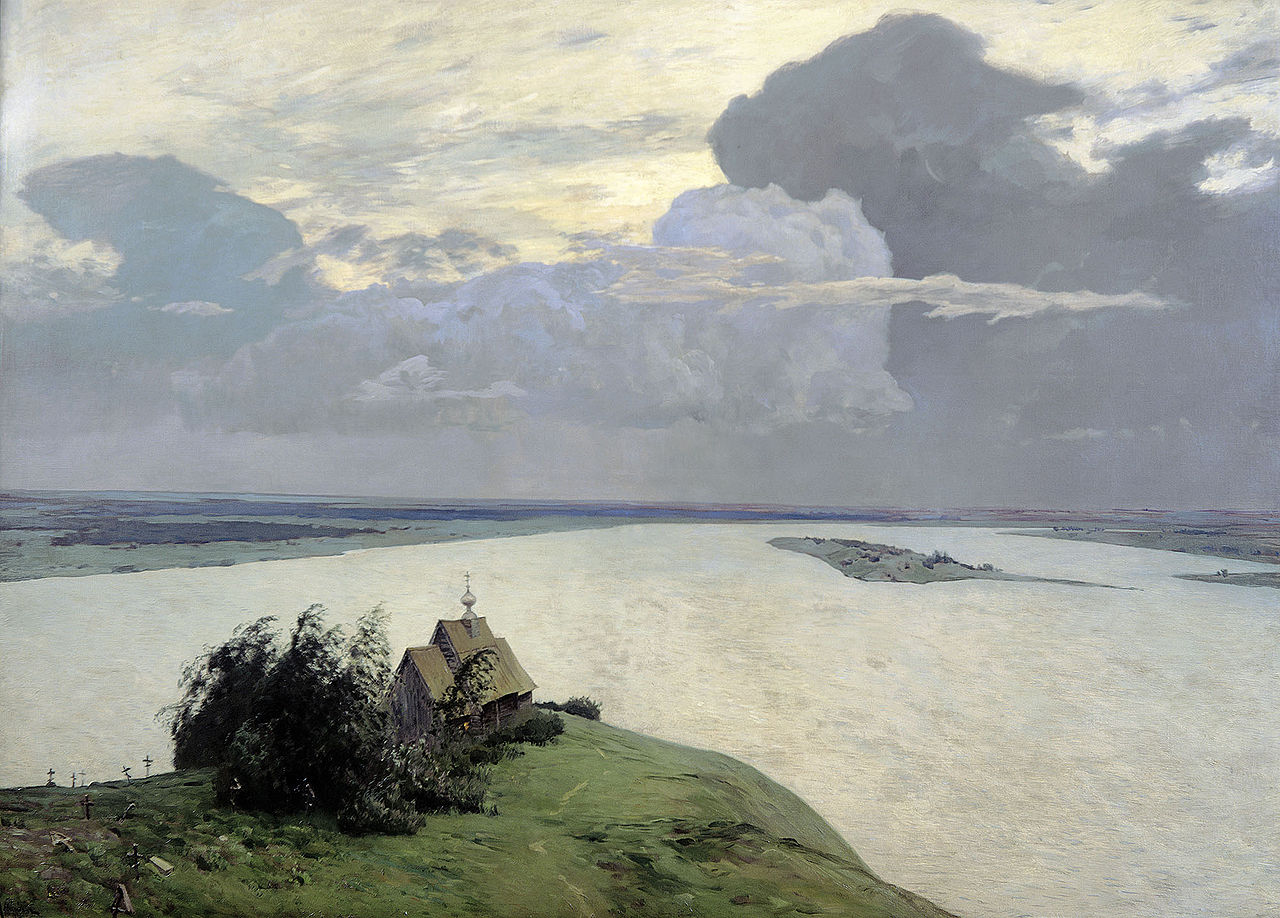 Converts are drawn to the Catholic Church for many different reasons: her historical credentials, the clear moral witness of pro-life Catholics, reasons of doctrine and truth, etc.

Some, particularly former high church Anglicans, have spoken occasionally of being impelled by conscience to convert despite the vast doctrinal confusion and liturgical ugliness they found in certain Catholic parishes.

Conversely, some have been drawn to the Church for aesthetic reasons — by the beauty of Gregorian chant, Palestrina, Chartres, Michelangelo’s Sistine Chapel, the breath-taking vision of Dante, and the majestic traditional Latin liturgy itself.

Converts from non-liturgical backgrounds attest to the compelling power and beauty of even simple gestures, like kneeling, genuflecting, and the Sign of the Cross.

What is the relation of beauty to truth? Usually truth is understood as a matter of propositions or judgments.

In these examples, a flaw is readily apparent in the syllogism because of the false premise: it is not true that all roses are red. This tells us something important: truth applies to judgments, the second act of the intellect. Judgments can be true or false.

But can the term “rose” be true or false? Clearly not. It is either understood or not; but the question of truth seems irrelevant to understanding, the first act of the intellect. Or, at least, so it seems.

The poet, John Keats, once declared: “Beauty is truth, truth beauty.” What did he mean? Is there a sense in which the beautiful can be true?

Beginning with Plato, a number of ancient and medieval philosophers have referred to the good, the true and the beautiful as though they were somehow inter-penetrating concepts.

Medieval philosophers related these to other concepts like “being,” and called them “transcendentals” (from Latin, transcendere – “to climb over”), meaning they transcend or “climb over” all divisions, categories and distinctions between and within beings.

For example, anything in the world, by the mere fact of its having been created by God, is good. Evil, then, cannot be some sort of existing thing, but rather a kind of non-being, as blindness is the non-being of sight.

The goodness of something (like sight) does not add anything to its being, but is simply an aspect under which its being may be considered.

After all, is not the proverbial maxim, De gustibus non est disputandum (“there is no disputing about taste”)? Isn’t “beauty” purely subjective? Aren’t “goodness” and even “truth” considered purely subjective these days? Who is to say what is “really” true, good, or beautiful? Isn’t that presumption a trifle arrogant?

This is hardly the place for a full-blown discussion of criteria for adjudicating differences of opinion over judgments of truth, goodness, and beauty. Suffice it to note several conditions that will serve to define the framework of a traditional Catholic approach to these questions.

First is the conviction that reality is intelligible and that the intellect can know it — maybe not exhaustively, but adequately. Hence, Truth is defined as the correspondence between intelligible reality and the knowing intellect (adaequatio rei et intellectus).

Second is the conviction that what is really (as opposed to merely apparently) good for us is knowable and that we ought to desire it. Hence Goodness is defined as the object of right desire.

Third is the conviction that what is really (as opposed to merely apparently) beautiful is knowable and that we ought to admire and delight in it. Hence Beauty is defined as the object of right admiration.

Beauty has been called “the synthesis of all transcendentals” since it is related not just to one faculty but to the intellect and will and emotions. It is therefore the most complex of the transcendentals.

St. Thomas Aquinas defines it in one place as, id quod visum placet (“that which pleases upon being seen”), which underscores its subjective aspect. The beautiful is pleasing to us. Yet this is not the end of the matter, because we clearly do dispute whether certain objects rightly warrant aesthetic admiration.

Thus, when John Paul II entitled one of his encyclicals, Veritas splendor (“The Splendor of Truth”) he seems to have touched on the inter-penetrating quality of transcendentals: Truth is beautiful. It exhibits qualities of beauty: unity, harmony, and splendor (or radiance). One could also refer to the goodness of truth. Well, you get the picture.

Can we also speak of the truth of beauty, then? There does seem to be some reason for supposing that truth need not be limited to judgments alone.

While it makes little sense to speak of a beautiful rose as “true” in a strictly propositional sense, a rose nevertheless presents itself as an object of the intellect, and as an intelligible being created by God in correspondence to His own intellect and will.

At the very beginning of his Summa Theologiae, St. Thomas refers to “God, in whose power it is to signify His meaning, not by words only (as man also can do), but also by things themselves.”

Thus, God signifies not only His existence, but His power and majesty by the sheer beauty of His creation (see Romans 1:19-20). Likewise, the beauty of music, liturgy, and religious art can serve, as do Sacraments themselves, as signs that point to realities and truths beyond themselves.

The photo shows, “Eternal Peace,” by Isaac Levitan, painted in 1894.