We have set culture above and before life, when it ought to be behind and below – it is a reaction to life. We must stop putting the cart before the horse. (José Ortega y Gasset)

Universities have had their day. The grand experiment they once embarked on, of educating everyone, letting not one mind go to waste, is in its death-throes, if not dead already.

All universities worth their salt are now ardent hucksters – “Get our degree that will get you the job.” Since they have the facilities to warehouse and supposedly produce workers, they have reinvented themselves, more or less successfully, as organizations best suited to look after the supposed needs of industry.

They now sell a very attractive package: You don’t need knowledge (or what once was known as wisdom) to be successful – you need skills.

Professors are technicians who teach the structures of efficiency in the guise of a discipline.

Values (once known as virtue, or morality) are questionable at best and rightly jettisoned. The only real value in society is money. Efficiency is the watchword.

Despite lip-service, thinking is not worth the investment. Universities should in turn free themselves of the ruse of promoting knowledge and fully become training institutes for industry.

It is what students want – and according to the vise-like logic of industry, the customer is always right.

So, enough laments, enough screeds! There are too many of those already.

In the famous words of Nikolai Chernyshevsky – “What is to be done?”

We who think the Humanities are important to life need to stop depending on universities and look to other ways of establishing a new Republic of Letters. Here are some suggestions.

First, there are still enough people out there who believe that literature, philosophy, history, foreign languages (the Humanities), speculative science are essential, if democracy is going to survive in any meaningful way.

Why? Because the clearest manifestation of democracy is individual freedom. This does not mean, do what you want. Nor does it mean the freedom to consume as much as possible.

Rather, freedom demands two things: the knowledge to sustain the good society (where each person has dignity and worth); and the wisdom to ask good questions (asking questions is the highest and truest expression of individual liberty.

However, a good worker is a team player and has no need to ask questions; this builds efficiency).

How does one acquire such knowledge (knowing how and why reality does what it does) and wisdom (the extension of such knowledge to construct both a good life and a good society)? Through the Humanities and speculative science.

Again, why? Because they force us to think. And what is thinking? Simply that ability to explain reality (good or bad) – without relying on “answers” from an authority figure (for example, a search engine).

Thinking is the slow building of confidence in our own minds. It is what Bruno Snell once called, “the discovery of the mind.”

Notice how the notion of values (or morality) is creeping in – only thinking constructs freedom – because morality means having the understanding to differentiate between good ideas and bad ideas (good ideas are those that promote individual worth; bad ideas do not), and then having the wisdom to know how to replace bad ideas with good ones in society. (This has nothing to do with “raising awareness” and other emotional acts).

Second, the new Republic of Letters needs another method of patronage. The universities used to provide such patronage, but that is no longer so, since their “customers” no longer want to buy expensive, useless degrees in “bird courses.”

Therefore, the Humanities and speculative science need to rediscover an ancient model – that of the peripatetic philosophers.

Dross, such as, Po-Mo jargon and the tiresome micro departments that actively promote the riding of hobbyhorses. This cleansing will allow the Humanities and speculative science to “own” thinking once again.

How did those ancient Greek philosophers gain patronage? By organizing what we might call seminars in public places.

There, they presented what they knew, and what they had thought through, in a brief lecture, followed by an extensive question-and-question session, where new ideas were discovered.

The patronage came at the end of the seminar, where the peripatetic philosopher would ask the audience to give whatever monitory value they thought the lecture and discussion were worth.

It was a free-will donation – not a cost. If you thought it was all worth nothing, then you gave nothing. Again, notice how this method of patronage is deeply associated with values (morality) – good ideas are essential to the good society and they have recognizable worth.

Third, a self-sustaining and independent Republic of Letters will finally and thoroughly free both the Humanities and speculative science from the tyranny of grades which work hand-in-glove with credentialism (the entire industry of university degrees).

This also means freedom from trying to demonstrate currency and relevance through publication in journals that no one reads.

Freedom from the monolith of tenure which only embeds ‘birds of a feather” hiring practices.

And most important of all – freedom from ludicrous Po-Mo jargon that no one really understands but everyone keeps on using – even though it is now very long in the tooth.

If you’re looking for some serious Po-Mo nonsense that you can pass as your very own [a boon for graduate students and professors that need to publish fast], then here is the perfect software for you…Introducing the Postmodern Essay Generator – guaranteed to spit out essays that are impossible to understand, but sound profound).

Perfect for any Humanities course, where you have to churn out essays that no one is supposed to understand (and they’ll be too embarrassed to ask you to explain, for fear they’ll be found out that they too haven’t a clue). Here is the link to this amazing workhorse ==>  Postmodern Essay Generator. (Just keep hitting Refresh to keep getting fresh Po-Mo nonsense essays).

Such is the circus that passes for an education.

The Humanities and speculative science are about thinking, and thinking is about life. The Welsh poet, W.H. Davies published a poem in 1911, entitled, “Leisure” in which he observed: “A poor life, this if, full of care/ We have no time to stand and stare.”

The need to wonder, to ask, “what if,” to feel awe, to imagine, to transcend personal conditions and shortcomings – to finally understand how to answer two of the most important questions that confront each one of us: How shall I be good? Where do I belong? Such will be the wealth of the new Republic of Letters.

This new Republic will only become possible when the Humanities and speculative science at last break free of the prison of universities and in doing so bring about the much-needed renaissance, so that democracy may once again find its true purpose – not cash but the currency of good ideas, which never lose value.

The photo shows, “The Beekeper,” by Nicholai Bogatov, painted in 1875. 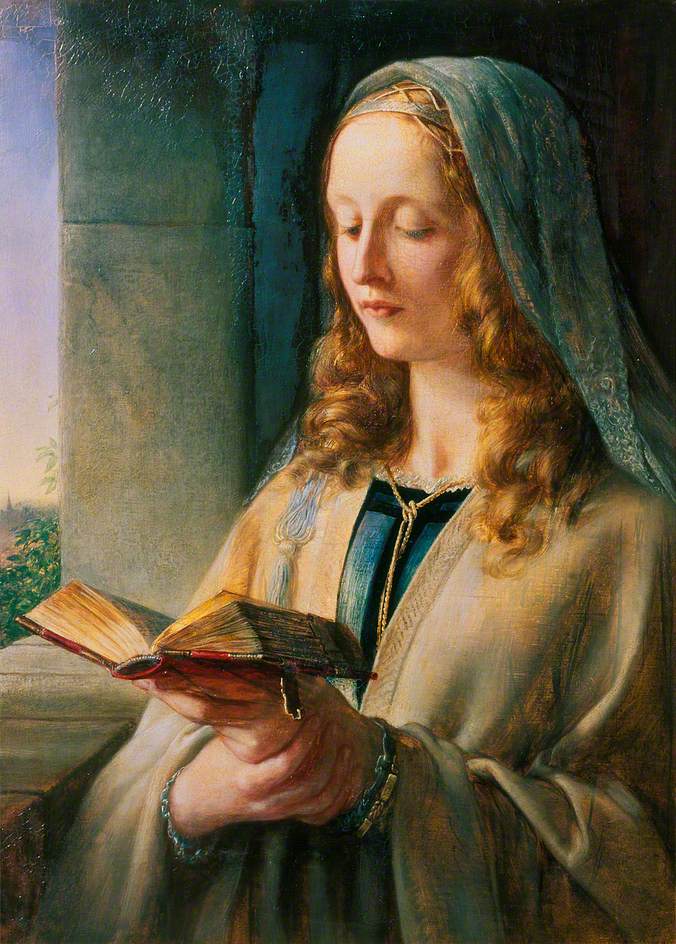 Where do words come from?

This question then leads to a similar, but broader, question – where do languages come from?

The study of the origin of words forms a special category of history, namely, historical linguistics, which is best described as the archaeology of language.

The metaphor that defines the very essence of archaeology is “the dig,” wherein the earth is pierced and the layers of human existence it enfolds are revealed and read.

Thus, to dig is to go back, not necessarily to an origin, but certainly to a chronological reckoning of the human past.

The very root of the word “archaeology” points us this way; the Greek arkhaiologia means a “collection of ancient things;” by extension “antiquarian lore,” or “ancient history.” There is also –logia, which is logos – that grand term of Greek philosophy which means, “word,” “speech,” “reason,” as well as “logic.”

More than anything, archaeology teaches us that material objects are fragments from a larger universe of a culture long vanished, which we can only partially know.

Indeed, wholeness and completeness are antithetical concepts to the science of archaeology – because it entirely depends upon fragments in order to read the past. To understand the past by way of brief remnants requires the highest sort of wisdom – that gained only by a well-disciplined imagination.

When archaeology begins to read the past by way of the fragment, it is broadening its scope to include more than shards, encrusted weapons, worn out coins, and bones.

In this way, archaeology comes to include the entirety of human culture, and what is more human than language?

As we dig objects from the earth, we lay them before us and seek to classify them, to fit them into broader patterns of human civilization.

This “fit” is determined by an associative process – if a shard displays a certain pattern, then it will fit into a category determined by pots and shards that carried similar patterns; and these patterns were used by such-and-such culture, which flourished at this or that time.

Thus, around the fragment we construct a narrative, a story, a history. And by way of this narrative, we make sense of all the ages that came before us.

In effect, archaeology provides the words which physical fragments lack. Ancient objects need to be returned to language so that they can become comprehensible again.

Now, if we shift gears a little bit and imagine language as ground, as a field, which we can dig into, just like soil, and extract historical artifacts, we are participating in linguistic archaeology.

This is more than mere “word origin” or etymology (which comes from the Greek etumologia, or “the true sense [of a word]”).

Digging into a language brings us to the very dawn of human culture – when humankind began to connect sounds that came from the larynx to the reality outside, as well as the reality of ideas.

Language can at once refer to both the material world, and the world of ideas.

Thus, when we speak of the archaeology of language, we mean all those things that are constructed by way of words and ideas.

And what are these things? Intellectual concepts, religion, ritual, mythology, folklore, poetry. These things leave a mark not on the earth, but on the ground of the human psyche.

This means that linguistic archaeology allows us to dig into human psychology itself – it allows us to construct the mindset of ancient humanity.

And it is this mindset which allows us to speak, as it were, with the past, and hear and learn its wisdom.

History is not a set of “lessons,” as commonly explained. Rather, history is humanity accessing the collective moral experience of lived moments.

What does this mean? Ancient artifacts are things to think with – they are aids to memory.

Here it is worthwhile to recall Plato’s explanation of where knowledge comes from – that knowledge is innate in our souls, because it was printed on it during our existence long before we assumed physical shape. Our search for truth, then, is our quest for dimly remembered eternal ideas.

Thus, studying the origin of languages is an imitation of this quest, for it is the search for truth long forgotten.

In his Philosophical Investigations, Ludwig Wittgenstein makes this observation: “…as to the essence of language, of propositions, of thought….they see in the essence, not something that already lies open to view and that becomes surveyable by a rearrangement, but something that lies beneath the surface. Something that lies within, which we see when we look into the thing, and which an analysis digs out.”

To dig into words is to look upon the hidden soul of meaning, which is to say, the hidden history of the human past.