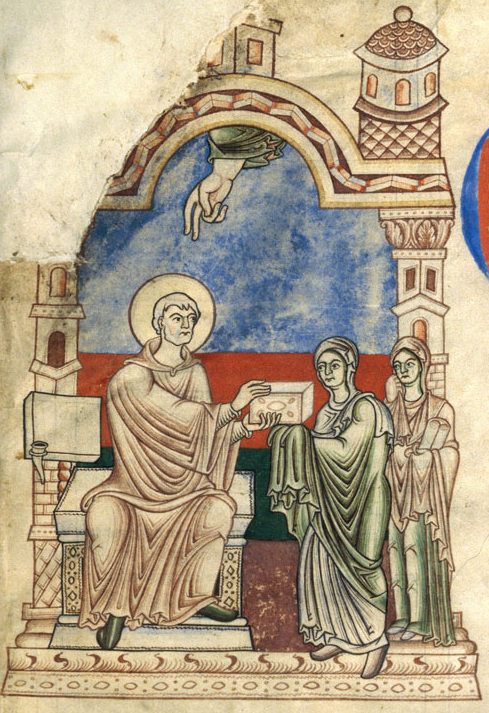 Through the kind courtesy of St. Augustine’s Press, we here offer to our readers an excerpt from Medieval Philosophy Redefined As The Latin Age, a newly published work of the late John Deely, one of the foremost semioticians of our time. He taught at the University of Saint Thomas and Saint Vincent College and Seminary. He passed away in 2017.

In this excerpted work, Deely brilliantly establishes the continuity of medieval thought in modernity.

Please do support the great work being done by St. Augustine’s Press by purchasing a copy of this book.

The 17th century crash and burn of Scholasticism—the tradition of commentary on Aristotle (in philosophy) and Lombard (along with the Bible in theology) begun in the late 1100s—resulted from accumulated abuses on the part of authorities civil and religious, abuses in which the scholastic “establishment” within the universities was all-too-often complicit. What discredited the Scholastics in the end was the actual demonstration b men we now call “scientists” of basic truths about the universe that scholastics denied—while encouraging church and state officials to take actions of repression and thought-control. Not until 1757 did the Roman Church lift its prohibition from 1616 of books dealing with Copernicus’ view that the earth was not the center of the physical universe, and not until 1835 did an edition of the Index of Forbidden Books appear which no longer listed as prohibited the works of Copernicus, Galileo, and Kepler!

However understandable, the turning away from scholasticism in philosophy turned out to be a matter of throwing out the baby with the bathwater; for thinkers of the time were so taken with the experimental and mathematical techniques that had shown the earth to move and the stars to be other suns that they came to believe that the whole edifice of human knowledge, without remainder, could be rebuilt on the basis of science in this modern, empirical and mathematical sense. The ascendancy of this belief defined the historical epoch that has come to be called the Enlightenment, the belief that philosophers might ask questions, but only scientists could actually give answers. If you think that this Enlightenment attitude is a thing of the past, you are mistaken. Yet increasingly has it come to be recognized that if the whole of the knowledge we acquire before becoming scientists has no independent validity, then science itself would have no validity.

The first major thinker seriously to recognize this situation, or at least most completely to do so, was Charles Sanders Peirce. Borrowing a terminology coined by Jeremy Bentham, Peirce pointed to the difference between critical knowledge based on common experience or “cenoscopy”, presupposed to the validity of the specialized foci of modern experimental and mathematical science, in contrast with the knowledge that only experimentation and mathematization of results can produce, or “ideoscopy”, which is science in the modern sense. Until now, philosophers generally, in desperation, have tried appealing to “common sense” as the basis upon which philosophy has a legitimacy of its own prior to and independent of science. But so discredited has the notion of “common sense” become in intellectual culture that appeal to it has little chance of persuading a wide audience. What is needed, rather, is the recognition that, while both science and “common sense” depend upon “the total everyday experience of many generations of multitudinous populations”, yet “such experience is worthless for distinctively scientific purposes”.

The “distinctively scientific purposes” includes, however, both exploration of human experience that requires experimentation to advance knowledge and the more general “scientific purpose” to evaluate and expose in critically controlled terms that overall framework of knowledge within and on the basis of which scientific research comes to be conducted in the first place. Articulation of the presupposed overall framework of knowledge and of independent results attainable within it too requires “science” (as critically controlled objectification), but not ideoscopic science: here is the domain proper to philosophy, cenoscopic science. It has a legitimacy of its own, and this is what the early moderns lost sight of in their enthusiasm for the then-firmly-established-possibilities of ideoscopy. Moreover, the most basic of the cenoscopic lines of investigation proves to be precisely inquiry into the action of signs, “semiosis”, because it turns out that cenoscopy and ideoscopy alike depend on this action throughout for whatever knowledge they succeed to establish.

Now it so happens that the first realization of semiosis as underlying the whole of animal experience and human knowledge — that it is the action of signs which makes experience and knowledge so much as possible in any form—was the distinctive achievement of the Latin Age. That is not the whole story of medieval thought, but it is the untold part of the story, the part without which (as all the modern “histories of philosophy” taken together illustrate) medieval philosophy cannot be seen in its distinctive unity overall, extending from the break with ancient Greek philosophy around Augustine’s time to the modern break with Latin philosophy in the lifetime of Galileo, Poinsot, and Descartes. The articulation and exposition of this cenoscopic foundation of all science, termed today “semiotics”, the Latins termed simply doctrina signorum.

Philosophy, then, as cenoscopic science, not only precedes ideoscopic science and provides its framework. Philosophy also, rightly understood, shows the inevitability of ideoscopic development in order for human thought to reach maturation—just what the authorities, Church and Civil, in the closing Latin centuries, failed to understand.

Exactly as Hannam says in the subtitle of his book: “the medieval world laid the foundations of modern science”; but the Latins achieved this feat, as it were, indirectly, mainly as a consequence or by-product of their exploring the dimensions and depths of cenoscopic knowledge out of which ideoscopic inquiries inevitably arise.

Latin focus on the doctrine of signs achieved clarity only late, and precisely in the closing scholastic centuries of the age glossed over or omitted entirely in the standard “history of medieval philosophy”; yet it is far from the whole or only story of medieval thought that this book aims to tell. Just as important are the broader results scientific in a cenoscopic sense that the Latins are able to achieve in exploring those dimensions of experience which cannot be reduced to experimental results available to sense-perception, as is required in ideoscopy. To restore in new light the remarkable preceding achievements of medieval philosophy in thinking through those larger dimensions of human experience which go beyond sensible instantiations is just as integral to the story of medieval philosophy as is semiotic as the doctrine of signs. So the doctrine of signs (or semiotics, as we now say) is only part of the “medieval story” that this book aims to tell; but it is that part which provides an “Ariadne’s thread” through the larger maze of medieval noetic development, the thread without which the whole does not appear.

This book, then, is a work equally of philosophy and of history. The two are not perfectly separable; for while it is possible to do history without doing philosophy, the converse is not equally true, as the Analytic tradition of late modern thought is just beginning to learn. Ideoscopic science requires laboratories to explore the consequences of its theories. Just so does cenoscopic science require historical awareness. The philosopher ignorant of the history of philosophy is crippled in ways that we have only to read Wittgenstein to realize—provided that we have ourselves come to that reading with an historical consciousness including Aristotle’s work (which Wittgenstein made it a point of pride not to read). (Plato provided the best prenotes to Aristotle; but in the history of philosophy after Aristotle, Plato himself becomes a footnote.)

So this book aims to redress the imbalance in human intellectual community that the “Enlightenment mentality” understandably introduced, and to do so mainly by restoring, while for the first time telling in the light of semiotics, something like the full story of Latin Age scholasticism, when cenoscopy achieved some of its highest peaks at the same time that it made the modern development of ideoscopic science inevitable in its own right—over the dead bodies of the “authorities” presuming to speak for God.

The featured image shows Saint Jerome offering his work to Saint Marcella, who is accompanied by Saint Principia. From a manuscript from the Notre Abbey in Citeaux, France; early 12th century. (Bibliothèque municipale, Dijon – ms. 132 folio 1).