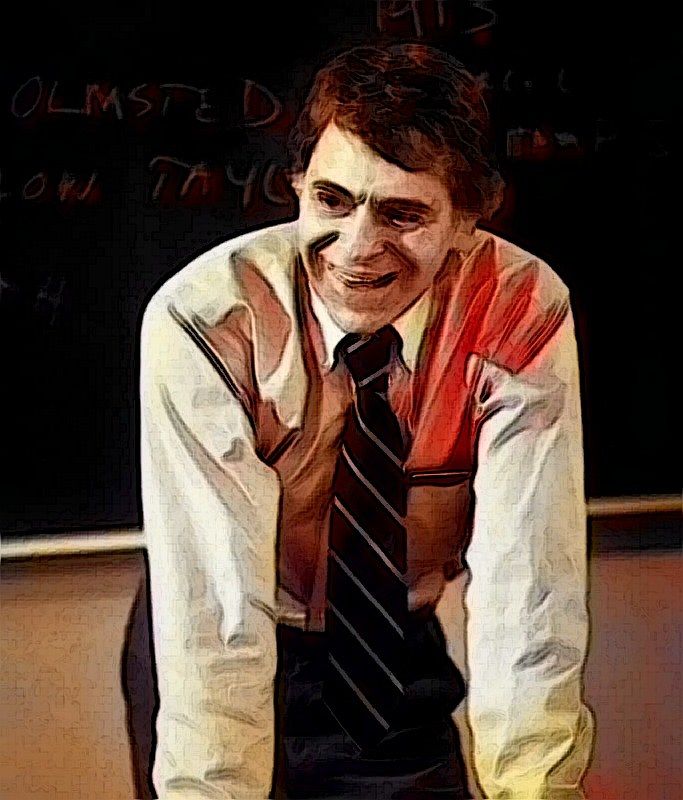 The American historian and sociologist Christopher Lasch (1932-1994) expressed his distrust of the ideology of progress in the context of the New Deal. His works analyzed in particular the new mentality generated by the consumer society (The Culture of Narcissism, 1979), or the rupture between the people and the elites (The Revolt of the Elites and the Betrayal of Democracy, 1994). In Christopher Lasch face au progrès (L’Escargot), journalist Laurent Ottavi provides keys to understanding this complex and unclassifiable thinker.

This interview is made available through the kind courtesy of PHILITT. (Translated from the French by N. Dass).

PHILITT (PL): Christopher Lasch made the “ideology of progress” his primary target. In the post-war American context, what exactly does this mean?

Laurent Ottavi (LO): For Lasch, the “ideology of progress” is modern liberalism—the political philosophy of capitalism, born in the writings of Adam Smith and his immediate predecessors. It is based on the promise of a satisfaction of the desires of individuals, held to be insatiable, by the unlimited increase of production. Its fulfillment requires the liberation from particular frameworks of belonging (family, neighborhood, nation, etc.), traditions, nature and morality that set limits to individual desiderata. In this way, an ever-perfected earthly paradise of abundance and enjoyment is born.

Lasch began his research in the post-World War II era, at a time when American capitalism was centered on the consumer, to the detriment of the producer, which the New Deal had greatly contributed to—while power was increasingly in the hands of experts and multinationals—resulting in a serious democratic collapse. This was coupled with a fracture, which began a few decades ago but was unprecedented in its magnitude, between the “elites” and a people considered backward, clinging to their traditions and work ethic and deploring the collapse of legitimate and identified authority.

PL: Does his anti-progressivism necessarily make him a conservative or reactionary thinker?

LO: The reactionary is only the mirror image of the progressive. The former idolizes a past frozen in an eternal perfection, while the latter sees in the past centuries only, with the lesser good to be wiped away. The conservatives, on the other hand, have according to Lasch, a right conscience of the inescapable limits posed on human freedom by nature, the past or History. The historian also rejects the idea that conservatives are necessarily authoritarian, centralizing and unequal. Instead, they identify the need for social structures that discipline individual appetites and the importance of separating powers that might otherwise quickly be monopolized by one man.

Conservatives, Lasch adds, know that respect and love are for particular individuals, accountable to each other, and not the result of invoking “universal brotherhood” or “tolerance” that locks people into welfare or victimhood. That being said, Lasch criticizes conservatives for having too often confused the acceptance of limits with submission to the authority in place and, above all, for having adhered to the ideology of Progress that destroys communities, morals and traditions to which they claim to be so attached. If he is not fully a conservative and even less a reactionary, Lasch describes himself best as a populist.

PL: The figure of Narcissus, thematized by Lasch, is a degraded version of Prometheus, “archetype of liberal modernity and its ideal of autonomy.” What characterizes the culture of narcissism?

LO: The culture of narcissism is the product of a capitalism freed from the corsets that hindered it since its beginnings. Drawing lessons from the Frankfurt School thinkers, Lasch judges that all society reproduces itself in the individual, in particular through the family. He identifies the narcissistic psychology of the new generic man, obsessed with the survival of his own person, in the age of mass capitalism.

In a world where insatiable desires collide with the wall of reality, which is close enough for great catastrophes to strike us but too far away to act on it, individuals have defense mechanisms similar to those of the child developing a narcissistic personality. The latter denies the distressing reality of the separation between him and beings that cannot satisfy all his desires. He then takes refuge in a painless union and in ecstasy with the mother or lends his parents the power to satisfy all his desires and imposes them on everyone.

At the level of a society, this translates, in the first case, into the search for a regressive symbiosis with the world typical of transgenderism, of the New Age, or of an ecology divinizing nature. In the second case, it is expressed by a desire to remake the world in one’s own image, such as the desire to exert absolute control through technology in spite of nature and biology. Without practical experience of the world, the psychological man of our time also abdicates the possibility of forging an individuality because that requires the consideration of limits. He is a dependent and deeply anxious Prometheus.

PL: In Lasch’s eyes, you write, “the American elites are less a ruling class than a ‘managerial professional class.’” What does he criticize them for and what conclusions does he draw from this fracture between them and the people?

LO: Lasch observes that the elites, that is the richest 20% who are largely executives and intellectual professionals, have lost the sense of reality because they are cut off from everything (nature, manual labor, etc.) that resists the will of man and keeps them in the illusion of wanting to reconfigure their environment and themselves as they please.

On the other hand, the elites aim not so much at ruling as at escaping the common fate within gilded ghettos where they concentrate economic, educational, leisure and transport advantages. Lasch reproaches them above all for betraying democracy, which is based on popular sovereignty, a shared ordinary life and virtues, foremost among which is moral responsibility, all of which are mocked by the elites. Fatally cornered with the reaction of the people, against a background of accumulated emergencies (social, health, security, etc.), they risk becoming more and more authoritarian in order to preserve their privileges and to maintain an unsustainable economic organization or a fractured society. For its part, the former lower middleclass risks giving in to growing resentment.

PL: Like George Orwell, Lasch seems to have identified a “common decency” among ordinary people. Many have denounced the essentialist character of such a notion. How do you respond to them?

LO: To use the expression “common decency” is not to claim to describe in an exhaustive way the characteristics of ordinary people. It simply underlines one of their dimensions, their instinctive sense of limits drawn, writes Kévin-Boucaud Victoire, “from the ordinary practice of mutual aid, mutual trust and social but fundamental bonds.”

Today, common decency is most prevalent among the former lower middleclass. It has inherited a sense of limits from the petit-bourgeois sensibility because of the difficulties of its daily life—its empowering practice of manual trades or hobbies, or its inclusion in the community framework. Lasch does not hide its possible failings by mentioning the racism, the anti-intellectualism and the resentment into which the petty-bourgeois sensibility can sink. The populism of the historian would help to defuse such failings.

PL: How precisely is Lasch’s “populist sensibility” defined? In what way can populism, often reduced to a form of “extreme right,” allow for the foundation of a post-capitalist society?

LO: His populist sensibility articulates the best of conservative, religious, socialist and liberal traditions. It would be the best way to turn the page of capitalism democratically and without the illusion of a revolutionary evening, and thus of growth, excess, wage-labor, centralization, inequality, abstraction and the fracture between the people and their elites. It requires four democratizations: economic, reviving a Republic of producers; political, involving citizens as much as possible at the local level; intellectual, reviving the lost art of controversy; cultural, finally, through popular sport and art.

Christopher Lasch adds to this an indispensable revitalization of the family, too isolated today from work, from intermediate places, such as bars, or even from neighborhoods. He opposes the progressives’ primacy of the future with a historical continuity based on memory, the mother of hope, as well as a consideration of the moral depth of the tradition of Christian prophecy.