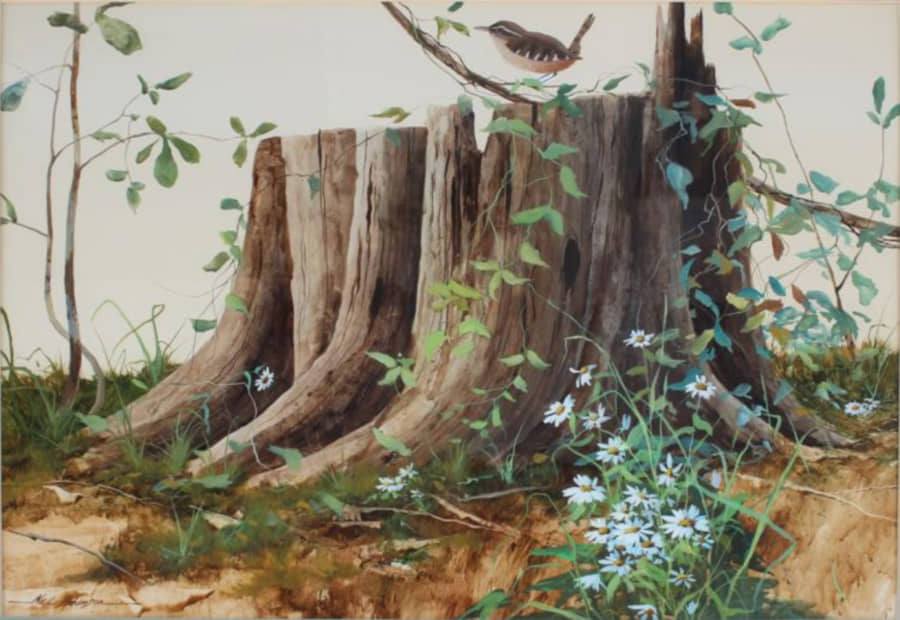 News of the World

Even in wartime, what is deeply true
is said in a low voice, the placid voice
of a high tree cut down a hundred times
and growing back again among the noise
each time until it looks like something new;
always appealing in that field of crimes,
by modesty aloof from schemes and ploys.
But chainsaws do what they are made to do
in case the tree be fruitful as it climbs.
And we who keep a watch in dust and dew,
and tie our ribbons like the soul’s bright toys
to branches crossed one time, then many times
—we keep our ears primed for a placid voice
still sounding as a murmur out of view.

Nobody was quite sure what had gone on.
Some even said nothing occurred at all.
No tremor ran along the skin or wall.
But some new shade was visible when dawn
drew open curtains on the brightening sky
—was visible to some at least, not all.
It changed the light and shaped the view, but why
only the short could see it, not the tall,
and the farther off you were the clearer eye
you brought to making out the great from small
– this couldn’t be explained by seer or spy:
no-one could tell what force had quivered by,
that made the light, for some, pierce fog and wall,
while others saw no difference at all.

You shuffle through the hedges, little wren,
not bothering about the greater good;
just minding your own business, even when
you know the hawk is in the neighbourhood,
taut and motionless in his high station.
You keep one eye up there, the other down
(whence your air of restless agitation)
for bits to pick up on your quick-eyed rounds.

The hawk too has to hedge his concentration
against the perils of peregrination.
The high binds with the low in tight suspension
so that they both won’t perish if it loosen.
It seems we have to live and die in tension
or otherwise just die in dissolution.

Murchadh Seosamh is a retired Irish lawyer, having practised in a senior corporate position in the energy sector (under the English-language rendition of his name). He is preparing a collection of poems for publication in 2023.