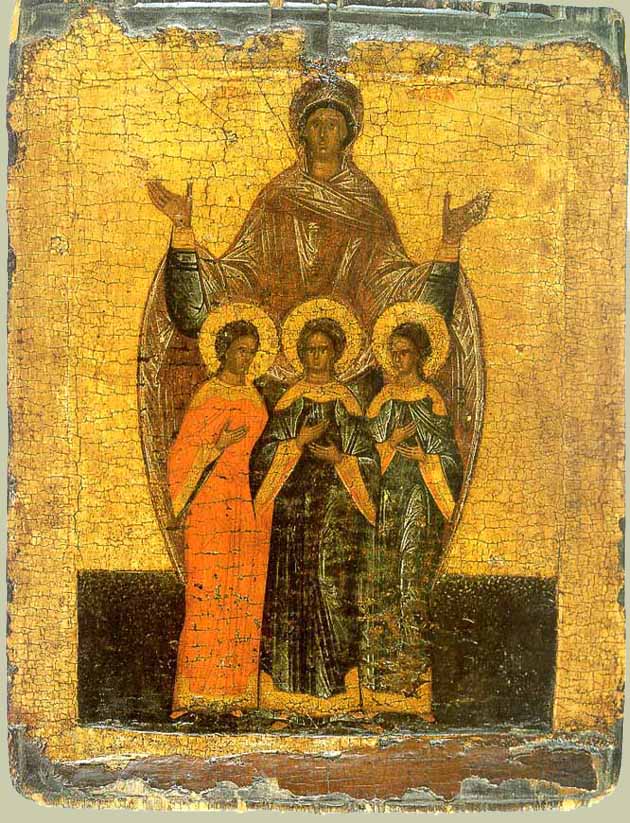 It is often said that the modern world lacks common sense. If this is so, it must be because many people are no longer learning from life, because the source of common sense is experience of life. Indeed, this may be true, for people more and more live not in the real world, but in a virtual world, a world of artifice and so lack of experience and so of immaturity. Without experience of life there is no common sense, only ideology, or theory, or naivety, or else just plain stupidity.

Even more seriously, as our knowledge of facts has in recent times hugely increased (partly through the internet), there seems to be less wisdom. Wisdom is being replaced by mere factual knowledge and the latter guarantees no understanding, no ability to interpret facts.

For there is no correlation between knowledge of facts, with its mere technological progress, and wisdom, with its spiritual, and so moral and cultural, progress. So what is the source of wisdom?

The answer can be found in two words in Church Slavonic. Firstly, there is the word ‘tselomudrie’. Although this means ‘chastity’, it literally means ‘wisdom from wholeness’.

Therefore, in order to understand what chastity means we must go beyond the superficiality of Puritanism which understands chastity only in the outward sense. Thus, in the Orthodox wedding service we pray that the couple to be wed may preserve their chastity. Chastity is not necessarily about virginity.

For from the Gospel (as from life) we know that there are foolish virgins, just as there are wise married couples. In other words, what chastity actually means is integrity, keeping our wholeness with Christ, despite distractions, such as money or, for that matter, unrestrained (= unchaste) sexual activity.

This is what we express in Church services by the words ‘let us entrust our whole life to Christ our God’. Chastity means wholeness, the integrity of our devotion to Christ.

Secondly, there is the Slavonic word ‘smirennomudrie’, which means wisdom from humility. This is the wisdom that angelic, pure and innocent children (still uncorrupted and non-sexualized) can have. They too are ‘chaste’, that is, they have wholeness and integrity, that is, they have humility.

However, such wisdom from humility can also come from accepting life’s sufferings positively. For example, old soldiers, who have seen suffering and suffered, are often very humble.

We can see this also with academics. Some are humble and have wisdom, others are pompous and only have knowledge. The pompous are mocked openly or behind their backs; their level of wisdom is less than that of many children and they just seem childish and silly. Little wonder that in English the word ‘pompous’ goes with ‘ass’. They suffer from what the apostle Paul calls a ‘puffed up mind’. In fact such people, suffering from intellectual pride, become ‘humility-proof’.

Thus we see children who are wise, but old people who are not wise. In today’s world, the sources of wisdom, outward integrity (chastity), inward integrity, humility and suffering are all derided. Perhaps that is why there is less wisdom today. For wisdom does not come from experience of life, like common sense. Wisdom comes from inner purity. As we say: ‘Blessed are the pure in heart, for they shall see God’. And Who is God? He is Supreme Wisdom, obtained only through inner purity.

The photo shows an old Novgorod icon of Holy Wisdom and Her Three Daughters. 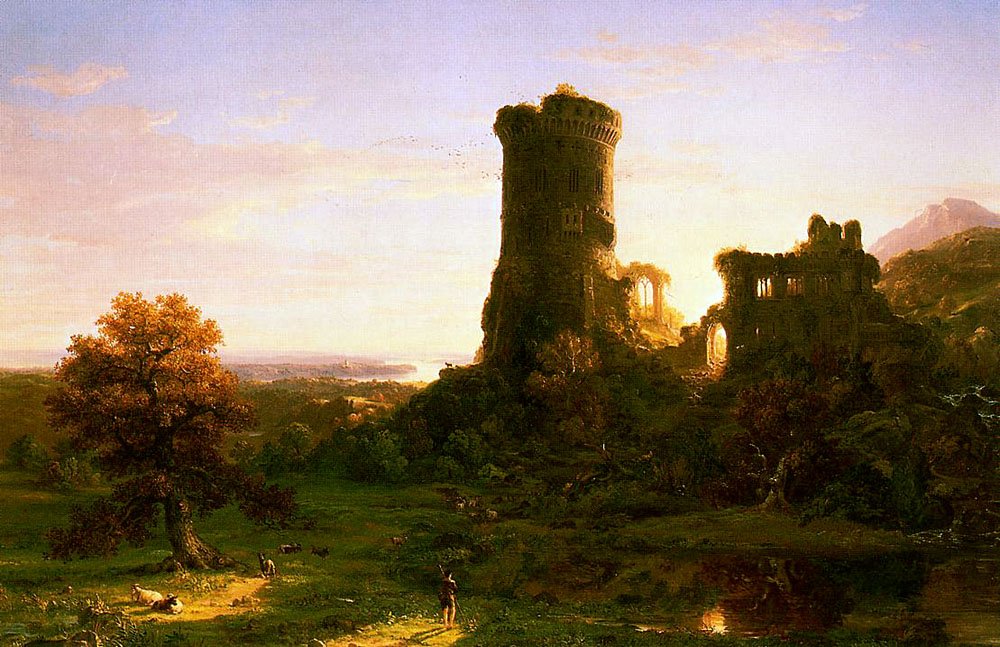 All Civilizations are founded on spiritual inspiration. To suggest that Civilizations are founded on some natural or national principle is absurd. Such atheistic ideas, which first appeared clearly in the eighteenth century, gave rise to pantheistic nature-worship (Rousseau’s ‘noble savage’ myth which led to the French Revolution) or nationalism (which led to countless wars in the nineteenth and twentieth centuries).

Thus, the rejection of the spiritual always leads to the decline of a Civilization. We can see this clearly in the last 150 years in the case of Christian Civilization, supplanted by the idolatry of money in consumerist Capitalism (Mammonism). This worship of material things led to the destruction of belief in the Creator, of human-beings in genocidal wars and of nature: to an Anti-Civilization of division.

After the proclamation of the Second Reich in 1871 (the First Reich had been proclaimed by Charlemagne in 800) Europe was divided between four imperialist nations: Great Britain, Germany, France and Austria-Hungary. Their nationalist and imperialist rivalry led to the German and Austro-Hungarian attack on the Russian Empire and then on Belgium and so to the First European War, known as the First World War.

Their blasphemous and atheistic apostasy from the commandments, ‘Love God’, and, ‘Love your neighbour as yourself’, led to the deaths of millions of young men, ‘the flower of Europe’, not to mention the fall of the Russian Empire and the fall of the Germany and Austria-Hungarian monarchies. And finally this great European suicide led to the Dollar-god of the United States becoming the World Power.

After this War Europe divided into three fundamentally atheist groups according to the beliefs from which it had apostasized: the Protestant countries gave themselves up in full to the atheist worship of Mammon (Capitalism), rejecting the warning of the Holy Scriptures against worshipping God and Mammon, which Protestants had claimed to follow; the Roman Catholic countries gave themselves up in full to atheist totalitarian Fascist leaders, rejecting the totalitarian Papal leader whom they had claimed to follow as infallible; the Orthodox countries, beginning with the Russian Lands, gave themselves up to atheist Marxism, rejecting the possibility of acquiring the Holy Spirit as the aim of Christian life by destroying the monasteries, churches, clergy, monks and nuns which had dispensed the sacraments and spiritual life.

Post-Catholic Fascism was eliminated in 1945 by the post-Orthodox Communist usurper of the Russian Empire, but this was achieved not through the inhuman, bloody Georgian dictator Stalin with his insane military blunders, but through sacrificial Russian Orthodox patriotism. However, this victory took place only after the Great Holocaust, carried out by the atheistic Western ideology of Nazism.

This massacred 30 million Slavs after the other atheistic Western ideology – Marxism – had already massacred many millions of Slavs, again mainly Russians. And having defeated Fascism, Marxism continued to enslave the former Russian Empire and now most of Eastern and Central Europe. Therefore, after the defeat of Fascism, the division between Communist left and Capitalist right continued for another 45 years up until 1990.

After the fall of Communism in 1990, division in Europe did not stop. However, today’s division is between the Globalists (also called Elitists) who support the so-called ‘New World Order’, first announced in 1990, and the Patriots (also called Sovereignists).

The Patriots are maligned by the Globalists as ‘populists’ who look down on them sneeringly as racist xenophobes and ignorant semi-Fascists. In reality, this is only true of the extremist fringes. But the patronizing condescension of the elitists is not much concerned with truth and reality. Thus, the elitist ex-Rothschild banker and Globalist President Macron, not content with being the most unpopular President of France in history as he faces the fifteenth week of violent rioting against him, has called the Patriots ‘lepers’.

Nicknamed ‘Pharaoh’ and ‘Jupiter’ in France, this ruthlessly ambitious young man is intent on becoming the first ‘President of Europe’ after the retirement of Merkel. He is now redecorating his Paris Palace at a cost of millions of euros. If his people have no bread to eat, perhaps he will tell them ‘to eat cake’.

It is against this background that the by then 27 countries of the EU will face elections in May (only 27, because in the UK Brexit was chosen by the people against the elite – in the UK, the richer you are, the more likely you are to be against Brexit; indeed both the UK and the EU elite still reproach Cameron for having offered the people the choice). Patriots are also in charge in Italy, Hungary, Poland, Slovakia, Austria, Slovenia, Croatia and Malta. And now an Italo-Polish alliance has been created to challenge the Franco-German atheist alliance.

Elsewhere, EU-ravaged Lithuania, Latvia, Romania, Bulgaria, Greece and Cyprus are bankrupt. Sweden, Denmark, the Netherlands, Germany, France and Belgium face huge problems with mass Muslim immigration. (Finland and Estonia refused immigrants). Spain faces the departure of Catalonia from the oppressive centralism of Madrid. (Great Britain will also soon lose Northern Ireland, but the historical injustice of that absurd division of Ireland almost a century ago would have been resolved without the EU).

EU expansion to the ‘Western Balkans’ has stalled. Poverty, crime, corruption and injustice ravage the US-invented puppet-states of Bosnia-Herzegovina, Montenegro, Kosovo, (Northern) Macedonia and also Albania. These states are patrolled permanently by US NATO vassal troops, as otherwise they could not survive.

Conclusion: Whose Side Are We On?

Spiritually speaking, it has often been difficult to know with whom to side in these divisions, both past and present. Where were the Christians and where were the Non-Christians? All too often, especially in the First World War, all sides behaved like atheists. However, in the present case, the Globalists are clearly the forerunners of the coming global rule of Antichrist.

And although only partial and token fragments of Christianity may remain among many Patriots, it is surely they whom we should support, for at least they are willing to defend Christianity. For us the spiritual question arises: Are we part of the Worldwide Patriotic Mission of the Russian Orthodox Church Tradition or part of the Globalist, Elitist and Patriot-hating Phanariot and spiritually empty ‘Ortholiberalism’, subsidized and propagandized by the US State Department?