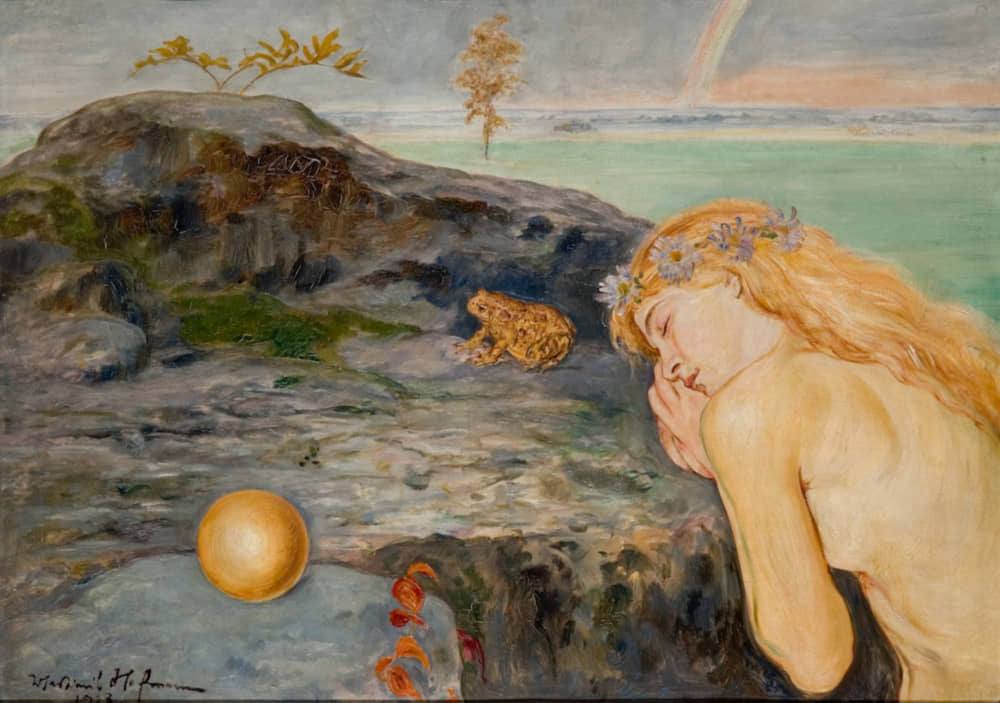 When the Polish television market was being formed in the 1990s, the concern was to ensure that it would not be dominated from the very beginning by foreign capital, which had a huge advantage over domestic capital, which in turn was only just beginning to be organized. Another concern was that Polish society should not be colonized by foreign capital in the media. It was also important that television stations of national range should not impose on Polish society the point of view – worldview or political preferences of the capital owner.

In other words, the point was that television stations should not have a decisive influence on Polish politics (even in a strictly electoral sense), on the professed values, on the self-esteem of citizens, consumer choice, lifestyle and even aesthetic judgments. The television and radio market was subject to licensing for these reasons as well, but primarily because initially there were not enough frequencies for anyone willing and able to operate in the market. For this reason, there had to be a market regulator, which became the National Broadcasting Council (operating since April 28, 1993, and established under the Broadcasting Act of December 29, 1992).

It was the National Broadcasting Council that granted two nationwide terrestrial broadcasting concessions – to the Polsat Company in 1994 and to TVN in 1997. Both entities were backed by Polish capital. The market regulator had little or no knowledge that important people in both of these entities had links to the Communist secret services, which gave them an advantage, both in terms of raising capital (e.g. from the Foreign Debt Service Fund, which was controlled by the Communist secret services and indeed illegal under international law), and in lobbying for the licenses. While the television market was not dominated by foreign capital in the 1990s, it was influenced by people in the communist apparatus of violence and control of society. They also influenced the program mandates of the stations, including the attitude towards the past. and political sympathies and antipathies resulting precisely from the attitude towards the past.

These problems did not change when foreign capital entered TVN (Polsat remained an entity with Polish capital), because a specific program mandate shaped the TVN audience, and in this way it became a valuable asset. This also determined the zeal and temperature of the actions in defense of TVN, whenever the station was accused of representing the interests of the post-communist forces and the part of the post-Solidarity elite that was in agreement with them. The support of the influential elites and their foreign contacts and influence are also decisive in supporting and defending the interests of TVN even in ownership issues, i.e., when ownership changes violate the provisions of the Broadcasting Act regarding the limitation to 49 percent of capital from outside the European Economic Area.

Regarding the amendment to the Broadcasting Act, and indirectly its effect on the TVN television company, there is a large amount of misinformation and, above all, constant brainwashing of people on an industrial scale.
The legal background is that article 35 of the Polish Broadcasting Act of 29 December 1992 requires that radio and television broadcasting in Poland should be majority owned and controlled by entities from the EEA (European Economic Area). No more than 49 % of the shares of broadcasters in Poland may be owned by entities from outside the EU. Requirements such as this are not unique to Poland, existing, for example, in Austria and France.

The current problem with TVN starts well before today. In 2015, TVN belonged to the ITI Group and the Canal+ Group, who controlled the formal owner, the nominal subsidiary company N-Vision B.V. These two companies (ITI and Canal+) both sold the majority of the shares (52,7%) in the TVN company to the American concern Scripps Networks Interactive for 584 million EUR. On June 16, 2015, Scripps Networks Interactive received approval from the Office of Competition and Consumer Protection to take over the TVN company.

Therefore, on July 1, the ITI Group and the Canal + Group sold all their shares in the nominal holding company N-Vision B.V., which controlled 52.7 % of shares in TVN, to a company called Southbank Media Ltd, registered in London and owned by Scripps Networks Interactive. On August 28, 2015, Scripps, through Southbank Media, purchased more TVN shares from stock exchange investors, increasing its ownership to 98.76%. On September 28, 2015, Scripps bought the remaining TVN shares, becoming one hundred percent owner.

Before Scripps bought 100% of the shares, it asked whether the purchase of TVN was compliant with Polish law, because their lawyers had read the Polish Broadcasting Act and had doubts regarding art. 35. Jan Dworak (chief of Polish Broadcasting Council at the time) hesitated a bit, but decided that it was possible. However, everyone was aware of the possible non-compliance with the Polish law, hence the contract included numerous safeguards in the event of the license being revoked. Safeguards were beneficial primarily to the seller, so that he would not have to pay possible compensation.

On July 31, 2017, Discovery Communications announced that it wanted to buy Scripps Networks Interactive (for $ 14.6 billion). The Polish Office of Competition and Consumer Protection was then ignored, so on February 6, 2018, it was the European Commission that conditionally agreed to this transaction. The condition was to provide operators with the TVN24 and TVN24 BiS signal at a “reasonable price”. On February 26, 2018, the US Department of Justice approved the purchase of Scripps Networks Interactive by Discovery Communications; so, on March 6, 2018, Scripps, and thus also TVN, was acquired. And in this way, and contrary to the law, an entity from outside the European Economic Area has 100 percent shares in a television company operating in Poland.

That is the origin of the current problem. In 2015, either the National Broadcasting Council should not have allowed this transaction; or it should have requested that the parliament amend the Broadcasting Act, because it does not allow any television or radio in Poland to be fully taken over by entities from outside the European Economic Area. Dworak’s Council, however, decided that the takeover was legal and possible.

All the time, TVN is formally owned by the nominal Dutch company with an address at Schiphol airport in Amsterdam – Polish Television Holding B.V. (controlling another paper-only company from Schiphol airport – N-Vision B.V., which owns TVN shares). The nominal company was sold first to Scripps in 2015 and then to Discovery in 2018. The nominal company operates in the European Economic Area, only it is virtual, so in fact 100 percent of TVN shares are owned by a non-EEA group (first Scripps then Discovery), which is inconsistent with the Broadcasting Act of 1992.

It was only in 2021 that the National Broadcasting Council decided that this could not be the case, although the law had been bent for six years. There are many indications that the National Broadcasting Council has reacted only after reports that Discovery is to merge with Warner Media. As a result, a media giant worth 150 billion dollars would be created. Warner of course would like to continue the game started in 2015 and would like to still disregard Polish law. The amendment to the Broadcasting Act halts this situation; and because it is about a lot of money and revenues, a great battle is being fought around it. It is also about whether Poland can pursue an independent policy in the field of media. And this policy is by no means unique in Europe, and Poland is not asking for anything extraordinary. Only the respect of the existing law.

Ownership issues in TVN television are only a fraction of the problems of the Polish media market, which in many segments presents such a high level of concentration that one can speak of hegemony. A high level of concentration in Poland is deemed to exist when a single entity (capital group) reaches a 30 percent share in one of the markets: advertising revenues, revenues from pay-TV fees, TV audience, radio audience or users of online audiovisual services.

Officially, under Polish law, an entity is considered dominant when it achieves a market share of over 40 percent in a given market. Only after exceeding this threshold can the Office of Competition and Consumer Protection block further acquisitions. But in the debate on deconcentration little attention is paid to the fact that dominant broadcasters also have an advantage in the role of advertising brokers. Such as TVN and Polsat, whose advertising bureaus serve not only their thematic channels, but also other media market players. And in their role as ad brokers they often have more influence on the market than as broadcasters.

In the 1990s the Polish media market was widely opened to foreign capital, which later resulted in concentrations exceeding safe levels. This was facilitated by being careless about violations of the law on capital restrictions, e.g., in the television market. As a result, about 70% of the television market in Poland is controlled by foreign broadcasters. The largest shares are held by Americans (controlling half of all TV content), among others Discovery Communications, Viacom, Time Warner, and ITI Neovision (American-French).

In Germany, competition and concentration in the media market are regulated by the Antitrust Act. Since 1997 there has been no limit on the number of radio and television licenses held in Germany, but there are various de facto regulations between the federal states that impose restrictions. The concentration threshold is 30 percent of viewership or listenership in a specific year for the media owned. A media company that exceeds the 30 percent threshold may sell its shares, limit its market share or make its airtime available to an independent entity. The rule of 10 percent audience share for one program or 20 percent audience share for other programs applies. In individual federal states, restrictions have been placed on so-called cross concentration, i.e., investments by newspaper publishing companies in radio and television.

For example, in North Rhine-Westphalia, a company dominating the newspaper market cannot hold a majority stake in a radio or television broadcaster operating in the same area. Although there are no restrictions on foreign ownership of the media market in Germany, it is in fact a market almost entirely dominated by domestic capital. This is primarily due to tradition and practice. Although entities such as Time Warner, News Corporation, Viacom or Ufa/Canal Plus France operate in the German television market, none of them has exceeded the 1 percent market share threshold.

The featured image shows, “The Girl from Zaba,” by Wlastimil Hofman; painted in 1923.