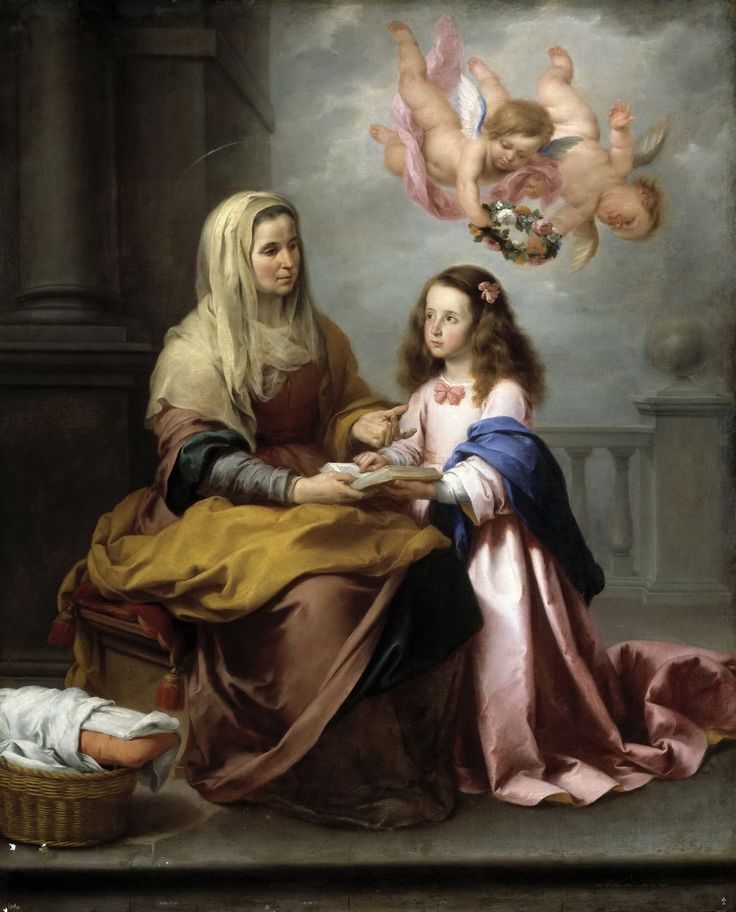 The following will no doubt be taken by some as a Baroque — or worse, Romantic — example of an unenlightened and backward Catholic fascination with legend. So be it. What the critics who generally proffer these skepticisms have given us in exchange for saintly “legend” is so barren that we find ourselves, when reading their banalities, craving “the old time religion” they find so maudlin.

A day will come when it will truly be said of these critics — and for all the world to see — that “They were wrong about evolution, wrong about the inerrancy of Scripture, wrong about Saint Philomena, wrong about the Shroud of Turin, and wrong about just about everything else they pontificated on with such certitude.” Meanwhile, let’s enjoy a healthy dose of well written, supernatural Catholic wonderment, courtesy of Saint Anne and Sister Catherine. — Webmaster (feast of St. Anne: July 26, 2008)

Fourteen years after Our Lord’s death, Saint Mary Magdalen, Saint Martha, Saint Lazarus, and the others of the little band of Christians who were piled into a boat without sails or oars and pushed out to sea to perish — in the persecution of the Christians by the Jews of Jerusalem — were careful to carry with them the tenderly loved body of Our Lady’s mother.

They feared lest it be profaned in the destruction, which Jesus had told them was to come upon Jerusalem. When, by the power of God, their boat sur­vived and finally drifted to the shores of France, the little company of saints buried Saint Anne’s body in a cave, in a place called Apt, in the south of France. The church, which was later built over the spot, fell into decay because of wars and religious persecutions, and as the centuries passed, the place of Saint Anne’s tomb was forgotten.

The long years of peace, which Charlemagne’s wise rule gave to southern France, enabled the people to build a magnificent new church on the site of the old chapel at Apt. Extraordinary and painstaking labor went into the building of the great structure, and when the day of its consecration arrived [Easter Sunday, 792 A.D.], the beloved Charlemagne, little suspecting what was in store for him, declared himself happy indeed to have jour­neyed so many miles to be present for the holy occasion. At the most solemn part of the ceremonies, a boy of fourteen, blind, deaf and dumb from birth — and usually quiet and impassive — to the amaze­ment of those who knew him, completely distracted the at­tention of the entire congrega­tion by becoming suddenly tremendously excited. He rose from his seat, walked up the aisle to the altar steps, and to the consternation of the whole church, struck his stick re­soundingly again and again upon a single step.

His embarrassed family tried to lead him out, but he would not budge. He contin­ued frantically to pound the step, straining with his poor muted senses to impart a knowledge sealed hopelessly within him. The eyes of the people turned upon the em­peror, and he, apparently in­spired by God, took the matter into his own hands. He called for workmen to remove the steps.

A subterranean passage was revealed directly below the spot, which the boy’s stick had indicated. Into this pas­sage the blind lad jumped, to be followed by the emperor, the priests, and the workmen.

They made their way in the dim light of candles, and when, farther along the pas­sage, they came upon a wall that blocked further ad­vance, the boy signed that this also should be removed. When the wall fell, there was brought to view still another long, dark corridor. At the end of this, the searchers found a crypt, upon which, to their profound wonderment, a vigil lamp, alight and burning in a little walled recess, cast a heavenly radiance.

As Charlemagne and his afflicted small guide, with their companions, stood be­fore the lamp, its light went out. And at the same moment, the boy, blind and deaf and dumb from birth, felt sight and hearing and speech flood into his young eyes, his ears, and his tongue.

“It is she! It is she!” he cried out. The great emperor, not knowing what he meant, nevertheless repeated the words after him. The call was taken up by the crowds in the church above, as the people sank to their knees, bowed in the realization of the presence of something celestial and holy.

The crypt at last was opened, and a casket was found within it. In the casket was a winding sheet, and in the sheet were relics, and upon the relics was an inscrip­tion that read, “Here lies the body of Saint Anne, mother of the glorious Virgin Mary.” The winding sheet, it was noted, was of eastern design and texture.

Charlemagne, over­whelmed, venerated with pro­found gratitude the relics of the mother of Heaven’s Queen. He remained a long time in prayer. The priests and the people, awed by the graces given them in such abundance and by the choice of their countryside for such a heavenly manifestation, for three days spoke but rarely, and then in whispers.

The emperor had an exact and detailed account of the miraculous finding drawn up by a notary and sent to Pope Saint Leo III, with an accom­panying letter from himself. These documents and the pope’s reply are preserved to this day. Many papal bulls have attested, over and over again, to the genuineness of Saint Anne’s relics at Apt.

Countless cures and conver­sions have taken place at the shrine there, where the greater part of the relics still repose: the first shrine in the West to the tenderly under­standing and most powerful saint whose august and un­utterable privilege it was to be the mother of the Mother of God and the instrument of the Immaculate Conception.

Sister Catherine Goddard Clark was the foundress of the original Saint Benedict Center in Cambridge, Massachusetts, and also one of the founding members of the Slaves of the Immaculate Heart of Mary. She was the author of several books.

The image shows Saint Anne with the Virgin Mary as a Child, painted by Bartolome Esteban Murillo, ca. 17th-century.