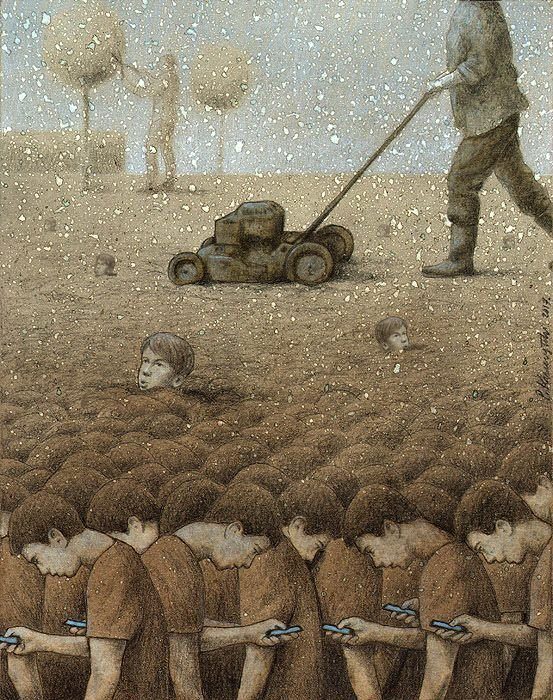 The most compelling argument for democracy is that it is a system of government which enables the representation of different points of view, based upon different life experiences, having the chance to be publicly expressed. It is no cure-all for all our problems, but at least it is a form of government which potentially provides a forum for the very different interests and insights pertaining to those interests that accompany the classes and division of labour that make up large scale industrial societies. Like everything important, democracy is built upon faith and hope – the hope that this might mitigate against not only our innate limitations and ignorance, but the hope that it might overcome the tendency that elites have to bully people into accepting their authority without question.

Unfortunately, democracy in any meaningful sense is now dead, and it has been replaced by an administrative corporatist state which sets the agendas and narratives that political parties must comply with, if they wish to have any chance of electoral victory. While many Western states still give the appearance of allowing for at least two competing parties, the extent and scale of administrative and policy decisions, which have never been put to the electorate, dictate the shape and development of the nation.

In the United States, it was resistance to this elite, and its habitat – “the swamp” – that led to the election of Donald Trump. His election – by way of vehement reaction – has resulted in what, at least federally, is a de facto one-party state whose “members” preside over every major institution of governance, legislation, policy, information, entertainment, and, in an expanding number of industries, even employment.

That party has succeeded in recruiting a significant percentage of the population who not only manage the major institutions of political, social, and economic organization, but who fabricate, cultivate, and protect the narratives of their own political and economic enrichment and empowerment.

Membership of the party does not require any paid-up due, but the acceptance of and willingness to enforce others to accept two kinds of narratives. One kind that divides the world into oppressors (those who are enemies of the party) and emancipators (the party). The other kind is crisis narratives. Acceptance of the truth of these narratives requires crisis response; and that involves the expansion of the state and its emergency powers, as well as its cooperation with corporate interests, along with control of all information production and flow.

COVID has been the last in the long line of these crises. The others include climate change, white supremacy, and the cruel and inhuman torturing that occurs by not letting children choose their sexual organs.

All these crises require that democracy must yield to the wise decisions of those who are the incarnation of the true, the good, and the beautiful, who have solved all the moral conundrums of the species, who have science on their side, and who know how to save the planet. Likewise, it requires complete control of what we can read, watch and say, so that the various crises will be overcome under their leadership. The crises can only be solved if we drastically reduce the population of the planet, dismantle the systems of energy which have given the Western world its military and economic advantages, eliminate the nation state, educate everyone to understand the ways and wisdom of the party, provide a universal income, and eliminate cash so that all private resources can be subject to surveillance, and reduce any recalcitrant who hold opinions that threaten the party to penury.

The ideas that hold this one-party state together, like the ideas that held the Nazi and Communist one-party states together, are of the kind that children and teenagers, and ambitious, lazy-minded and loquacious people can easily grasp. Although the academics who teach these ideas often spend time rhetorically puffing them up to make them look as if they are complicated, they are tailor-made for people who can be easily convinced that any alternative diagnosis, account, or analysis of a subject that has received the imprimatur of the party is to be condemned as originating in bad faith. Although these ideas have been fabricated by intellectuals, “refined” and taught in universities and schools and now enforced in the public sector and private corporations, it is because they are so intellectually shabby that so much energy and resources must be devoted to inculcating them, and protecting them, and punishing anyone who disagrees with them. The crazier and untrue an idea is, the more it needs to be violently protected – manifestly true ideas can stand on their own legs. I doubt if one person in history anywhere was ever killed, imprisoned, sacked or denounced for thinking or saying that “ice-cream is yummy,” which is not much of an idea, but, among people who like ice-cream, it is palpably true. Unfortunately, the reach and policing of what now constitutes politically harmful speech is such that it is pretty well only statements as innocuous as the one about ice-cream that may be publicly aired without fear of reprisal or punishment. As of yet, little forums like this magazine are too small to bother with.

All political opposition must also be extinguished.

The party currently faces two kinds of opposition: one is domestic. And while domestic opposition refuses to die completely, the strategy of elimination of that opposition is the elimination of it having any access to any public space. It also involves creating a social credit system, which is already operating in the West in a manner that differs in no significant way from what the CCP.

The centerpiece of domestic opposition is simply calling out the stupidity of the ideas that enrich and empower the present ruling elite. It may take the form of learned lectures, tomes etc., or comedy (Steven Crowder and Co. for example). This may not succeed in the short or even medium term, and it may well mean struggling to find places to express one’s point of view, or even earning a living – but it least one can retain one’s sanity, and one’s soul.

The second opposition is geo-political. And any success the contemporary anti-democratic elites in the West have is pyrrhic in so far as they lack the numbers, not to mention sheer wherewithal, to deal with those enemies – especially the Chinese, pan-Islamists and aspirational geo-political hegemons among the Islamic nations – who not only view the world the West is making with disgust and disdain, but find before them all manner of opportunities for exploiting the tensions generated by identity politics that have empowered the contemporary Western elite – especially the racial tensions which presently devour the world’s former hegemon.

For those in the West who would rather retrieve the virtues of the West, this opposition gives no consolation. We are now living in a time where consolation is in short supply. All we can do, is do what each of us must – and that is simply be part of a great refusal to be part of what is openly and widely touted as “the great reset.” And pray.

Wayne Cristaudo is a philosopher, author, and educator, who has published over a dozen books.