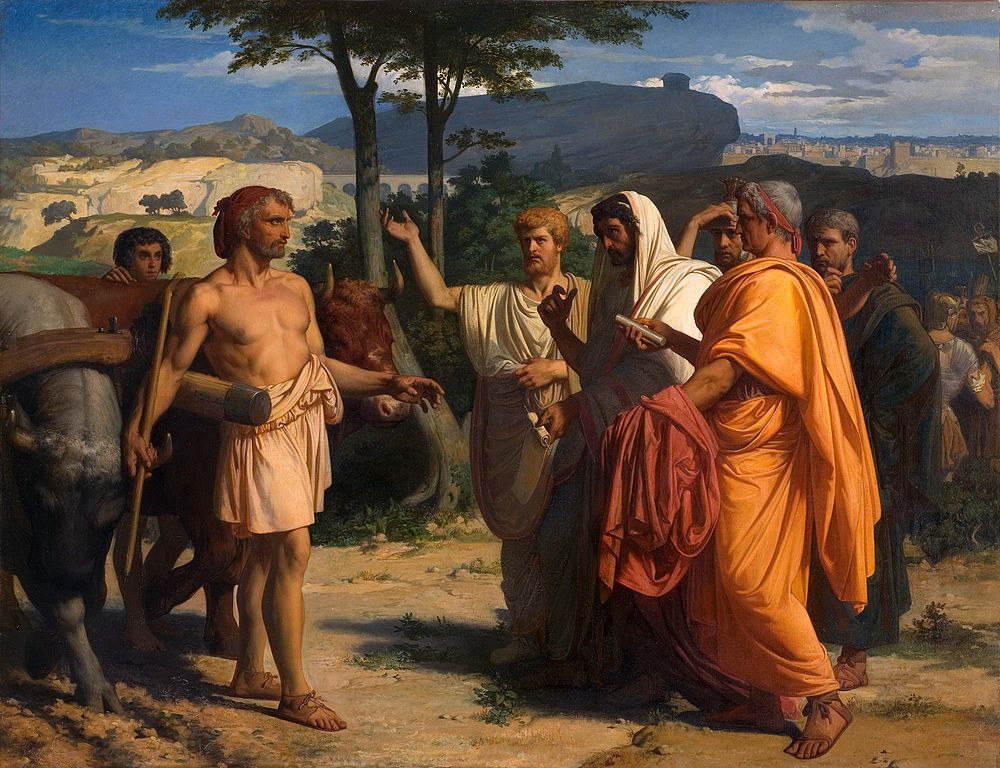 It is a great honor and delight to bring to our readers this wide-ranging conversation with Theodore Roosevelt Malloch, the well-known scholar, diplomat and business strategist. He is the author of many books, including, Practical Wisdom in Management, Spiritual Enterprise: Doing Virtuous Business, Common-Sense Business: Principles for Profitable Leadership, The Plot to Destroy Trump, Trump’s World, Davos, Aspen, & Yale: My Life Behind the Elite Curtain as a Global Sherpa. Dr. Malloch is interviewed by Nicholas Capaldi.

Nicholas Capaldi (NC): You once described yourself as a “recovering academic.” What did you mean by that?

Theodore Roosevelt Malloch (TRM): I meant, like a proverbial addict or drunk, I keep going back on the bottle no matter how I much I try to rid myself of the disease. Academic haughtier is like that. Having attained a Piled Higher and Deeper very early (nothing against earned degrees, per se), I was lured into believing in intellectual superiority and that the measure of a man’s value was the length of his erudite footnotes. My dissertation had forty pages of such. Know-it-all academics are too often pompous, arrogant, and full of themselves almost to a person. I know first-hand. Those who try to put on a humble façade are perhaps the worst of the lot.

NC: What helped you to recover?

TRM: Who said I had recovered? The plight is terminal. I have lapses. Like chronic cancer it is always with you. The best antidote is a dose of reality and repeated failure. For God’s sake, please keep academics out of real politics at all costs. As we know Marxists in particular, claimed over 100 million lives in the last century plus, and they have apparently not learned their lesson, quite yet. Such a great theory, we are told again and again, if only it could be tried. Well, it like all theories have generally been tried – and found wanting.

NC: What is Academics Anonymous?

TRM: Academics surely need a 12-step process to get off their benighted sauce. But alas there is no such cause or organization. It might be better if we either had more anonymous academics in the first place or just produced fewer of them. I no longer even believe everyone should attend college – a heresy, I know. I have written recently and convinced a US Senator to tax all foundations and universities and take that cache (roughly $8 billion a year) and sink it into a fund to apprentice young people – to learn useable trades.

NC: You have been involved in the world of business in several different ways: investment, strategy, executive education, have authored books on business and ethics, and have been director of international conferences/summits on topics, such as, entrepreneurship, corporate social responsibility, corporate governance, etc. What have you learned from all of this?

Far more than I did sitting in a classroom. That is true even for the classes I myself taught. Book knowledge is fine; but only goes so far. To quote Augustine: “Men go abroad to wonder at the heights of mountains, at the huge waves of the sea, at the long courses of the rivers, at the vast compass of the ocean, at the circular motions of the stars, and they pass by themselves without wondering.”

Learning is a life-long process or journey and the minute it stops, you die. Terminal degrees are in fact terminal and breed a conceit and attitude that proves deadly to both the mind and the soul. Biting the fruit of the tree of knowledge lost us Eden. All things begin and cohere in and by the grace of the Creator and we should not forget this truth.

NC: Among your many hats, you have been a diplomat. How has this impacted your life?

TRM: Foggy Bottom, aka the State Department, The Senate Foreign Relations Committee and the United Nations (Geneva) have given me real world experience and taken me to about 150 countries; some have merged, and others split. Much of it was negative power or lessons in the futility of nation-building. It certainly schooled me in the dangers of the administrative state and what has now come to be known as the “deep state.” My anti-globalism came as a direct result of my life in such places as described in grainy detail in my memoir, Davos, Aspen, and Yale. The statists and globalists fear me because I have been on the inside and know all their games and tricks.

NC: I understand you are persona non grata in the EU. Why is that?

TRM: That is, above all and beyond all the accolades, distinguished lectures, and honorary degrees I have received, my finest hour. I was made PNG by a vote of the European Parliament. Reason being, I was to be Trump’s ambassador to that august and feckless body – the very undemocratic European Union. It was a way of pissing on him while defaming me. You likely know I was on TV regularly in that period, backing Brexit and criticizing the EU. I said confidently on the BBC’s top evening show, “I had in an earlier diplomatic assignment been part of the team that brought down the Soviet Union and maybe there is another Union that needs a little taming.” I quickly became their nemesis and the papers famously called me, “The most feared man in Europe.” They said I was “malevolent.” My reply – they lacked a theory of good and evil, so how would they know?

NC: You have written on President Trump, and I believe you served him in several capacities. Given all the controversy about Trump, what do you make of his presidency?

TRM: Like all human affairs it was a mixed ordeal. My books praise him and his policies and give him high marks for attempting to “drain the swamp” and revive American Greatness. But he was not perfect by any means and made many bad personnel decisions. As an American Caesar he was a kind of Geo Deus as we called him, but he did not share well or distribute credit. As I said in my original endorsement in Forbes magazine, comparing him to Teddy Roosevelt and his economic nationalism of the last century, his twin faults were lack of humility and hubris. They could cost him dearly. Conservatives too can fall on these and other related vices.

NC: Was the 2020 US election fraudulent?

The best way perhaps to answer this question is to utilize the P.D. Woodhouse literary method of simile. Is Nirmal Dass Catholic? Is Nicholas Capaldi a masterful logician? Is Ted Malloch a WASP?

You get my drift. Not only was the election “fraudulent” in a thousand ways as demonstrated in detail by the journalist, Mollie Hemingway, in her definitive new book, Rigged, but the result has produced an illegitimate President, as I said in print and on air in November of 2020. Since then, unlike the mythical figure, Midas, everything Biden has touched has turned to stone. It is as if we are reaping the reward of our collectivist big lie. Our only hope is to restore electoral integrity.

NC: What is the future on conservatism?

TRM: With the fall of the institutions, including the all-important mediating structures, changing demography, and the dearth of spiritual backbone, I would have to say – less than auspicious. Perhaps, the worse things get, the more a remnant will rise to see again America’s exceptional role, the need for faith and the utter rootlessness and anomie of our current demise. There are a few signs of such renewal. My books are I believe, in retrospect, a commentary on the cycle of necessary virtue. Faithfully build wealth and prosperity – realize spiritual capital – save and invest using thrift as a guide – be generous – avoid the lure of always tempting vices – lead as an act of service – and renew the culture.

NC: What do you think is the future of the Republican Party? The next election? Indeed, of America?

TRM: Political parties historically come and go, and the present Republicans are mostly a sad bunch, with the RINO GOP establishment hardly distinguishable from their adversaries. The neo-cons are the cause of our ludicrous interventionism and failures abroad, and the paleos are stuck in the past and dying off at any rate. I think a more vibrant form of national conservatism with strong spiritual acumen and practice is the only and best route forward. We should win the US 2022 by-elections and retake the House and Senate, but we need all new leadership, not the same old drones and has-beens, to succeed. 2024 is far off and could be a replay; or instead witness the emergence of a new wave of younger, smarter patriotic conservative leaders. We know who they are and now need to place them in places where they can shine.

NC: Which writers have most influenced your thinking? Who are your mentors?

TRM: I grew up reading, at my father’s knee, the great books and the holy Bible. They are my legacy and formed my entire worldview. They are not replaceable and certainly not by tertiary and second-hand thinkers. I was fortunate in my education to have had many great teachers and mentors who shaped me and much of my thinking, for which I accept all the blame. At the pinnacle that included the brilliant neo-Calvinist, and himself the best student of the Dutch juridical scholar, Herman Dooyeweerd. That Burkean/Smithian tradition and systematic philosophy remains very much a part of who I am, what I believe, and how I think. They call it Anti-Revolutionary.

NC: Your friends know you to be a deeply religious person. What has been the role of faith in your life?

As Bill Buckley often reminded us, based on Voegelin, if he was honest, “You can’t immanentize the eschaton.” Too often, particularly in political life and its many ideologies, people have tried to bring heaven to earth. Since it can’t be done – a massive price has been paid; damage done in the name of some or other false idol.

My Scottish family coat of arms has as its inscription the Latin – “Ego in hoc natus sum, et ad hoc veni ut veritatem attesti.” I am and have been since birth a devout follower of the one Lord, our Jesus, the Christ, and follow the Westminster confession. I know my eternal resting place, which is most reassuring for my time and activity on this terrestrial ball.