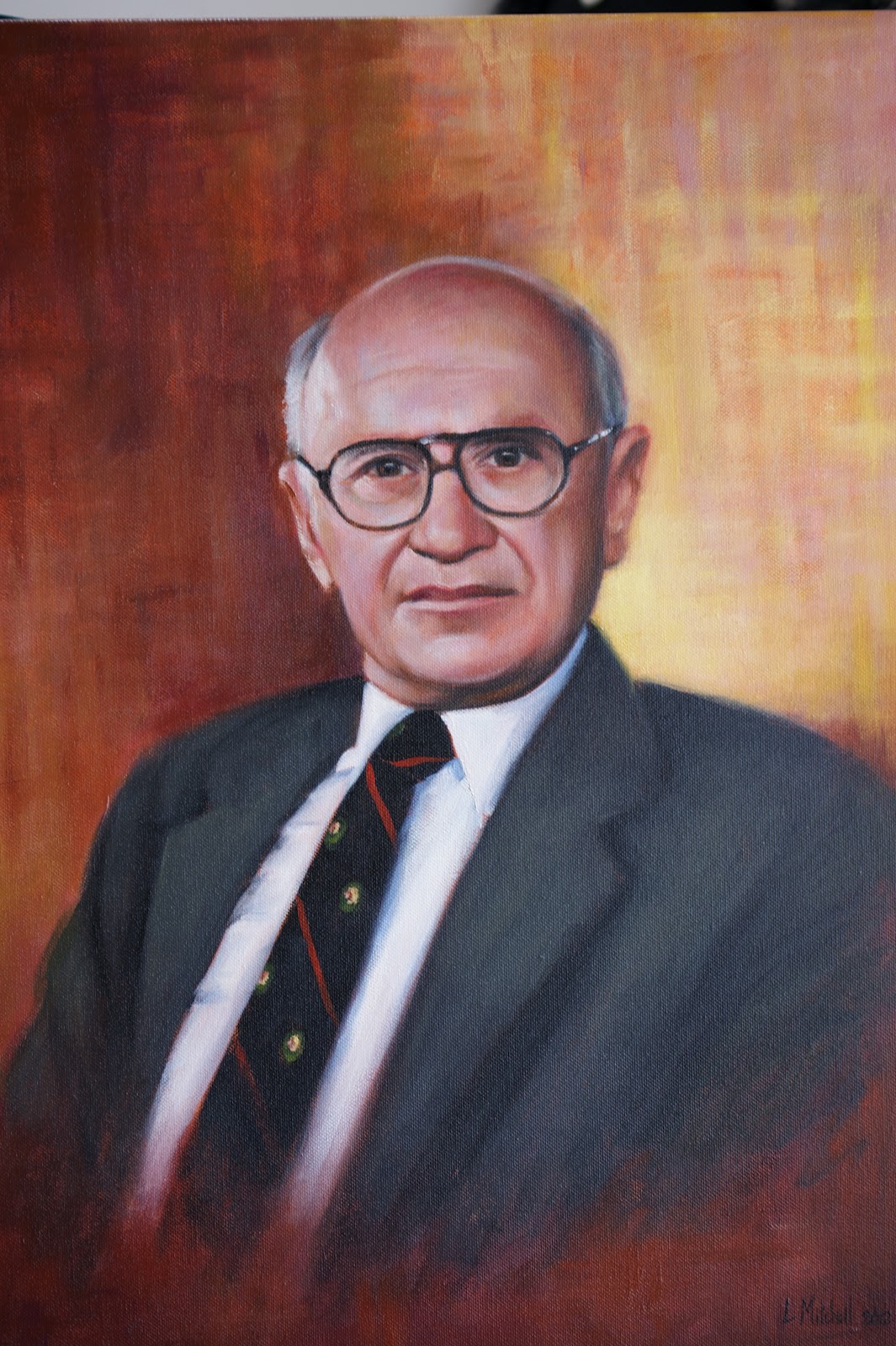 In the September 11, 2020 issue of the New York Times, Kurt Anderson wrote a critique of Milton Friedman entitled, “How Liberals Opened the Door to Libertarian Economics.” There are numerous errors in Anderson’s assessment. Let us try to correct at least some of them.

He starts off on the wrong foot, characterizing Friedman’s view as “extreme free-market libertarianism.” In the libertarian movement of Ludwig von Mises, Murray N. Rothbard, Ron Paul and Robert Nozick, the 1986 Nobel Prize winner in economics was regarded (along with his fellow University of Chicago colleague, Friedrich A. Hayek) as a very moderate supporter of free enterprise, barely a libertarian. One market fundamentalist libertarian commentator even probed, seriously, as to whether or not Friedman was a socialist, given his many and serious deviations from pure laissez faire capitalism (the negative income tax, tax withholding, anti-trust, support for school vouchers and the Fed, rejection of gold as money). No one who claims “We’re all Keynesians now” can be located at the furthest reaches of free enterprise.

It, of course, cannot be denied that Prof. Friedman opposed unions – they unfairly restrict entry into the labor market; that he wanted fewer pernicious business regulations; and he opposed socialist medicine. He was as least a moderate supporter of economic freedom after all.

Mr. Anderson states, “The New Deal … out of which our well-functioning, prosperous postwar political economy grew.” Not so, not so. It grew in spite of this policy, not because of it. This Hoover-Roosevelt bout of economic interventionism prolonged the depression of 1929 for a decade. Compare this to the depression of 1921 which lasted months, not years, as a result of a “do nothing” (don’t interfere in the market) governmental policy.

Our author conflates libertarianism and libertinism. The former maintains that “capitalist acts between consenting adults” in the felicitous phraseology of Robert Nozick, all of them, commercial ones and also those regarding drugs and sex, should be legal, but takes no position whatsoever as to whether or not these practices should be followed. The latter urges participation in them, the weirder, the better.

Mr. Anderson characterizes the desire to maximize profits as “coldheartedness,” lacking “decency or virtue,” “selfish, callous and reckless,” and sets as the ideal operating “somewhere in the broad range between break-even and absolute-maximum profitability…” In doing so, he demonstrates a lack of understanding of this economic phenomenon. When a hiker is lost in the woods, in order to be rescued he shouts, “Help” (whether verbally or in some other way). Accepting “slightly smaller profit margins” when a businessman could maximize them is akin to imposing a decibel control over the endangered hiker. Profits are in effect a cry for help. When a firm accepts lower profits than were otherwise obtainable, it is reducing the economic welfare of the very “employees, customers, communities, society at large” championed by stakeholder supporters.

Jones now earns 5% profit. How could he increase this rate? Why, by producing more of what consumers are clamoring for. If he sticks to the status quo, he will not be rescuing as many “lost hikers” as he could have. True, he could also increase profits by lowering salaries. But if he decreases them below marginal revenue productivity levels, he will lose his best employees and reduce profits, not increase them. Profits can be maximized by paying optimal compensation, not a penny more, but not a penny less, either. Yes, Scrooge in A Christmas Carol and Mr. Potter in It’s a Wonderful Life, are the true heroes, and only economic illiterates can fail to see this primordial point. Friedman is to be congratulated for trying to educate people in that regard.

No, it is simply not true that in Friedman’s view that “Any virtuous act by businesses beyond what the law requires is simpering folly.” Rather, it is fraud. Suppose you deposit your money in a bank, and the officer of that institution gives these funds to good charitable, stakeholder, causes. Not kosher! It is one thing to be kind and generous with your own property. It is quite another, to do so with other people’s wealth. That is a violation of the fiduciary relationship of the savings institution. The CEO has a responsibility to the shareholder, not to the stakeholder. There is nothing wrong, a la Friedman, with both of them, all of us, with being “decent” and “virtuous” with our own money. But the very opposite obtains when accomplished with, in effect, stolen cash.

Mr. Anderson attributes Friedman’s support of free enterprise to “screw-the-Establishment confrontationalism” of the Woodstock 1970s. I have known this Chicago economist for many decades and never did I discern even a whiff of this sort of thing. Who knew that my friend Milton was a secret hippie?

Our critic accuses Friedman of wanting to “rewrite the social contract.” But no one ever signed this “contract,” so it is without any legal power to control our lives. He all but criticizes him of hypocrisy for using “his noncommercial government-subsidized PBS platform to argue that the Food and Drug Administration, public schools, labor unions and federal taxes, among other bêtes noires, were bad for America.” But Friedman also used public parks, the U.S. post office, museums, sidewalks, even though he might have wanted to privatize them.

Mr. Anderson, presumably, is an egalitarian. Yet, he undoubtedly lives in a nice neighborhood, has a quality car, air conditioning, color tv, a computer. Why doesn’t he give most of this away to the poor? But a retort is open to Friedman: The government financed these amenities, in part, with Friedman’s tax dollars. He is hence justified in using them. Mr. Anderson has no such defense against the charge of hypocrisy.

To the extent that Friedman can take credit for Gordon Gekko (greed is good), it is a feather in his cap. Here, Mr. Anderson’s target is merely channeling Adam Smith’s “invisible hand;” a basic premise of economics: People are led by the lure of profits to cooperate with others for mutual gain. The “Wealth of Nations” is based on just this sort of consideration.

Our critic is particularly exercised about a “S.E.C. rule change (which) effectively gave free rein to public companies … to buy up shares of their own stock on the open market in order to jack up the price.” But what, pray tell, is wrong with voluntary exchanges of this or any other sort, which are necessarily mutually beneficial at least in the ex ante sense, and usually so ex post? He is also upset that “U.S. executive pay … shifted from consisting mainly of salary and bonus to mainly stock and stock options.” Banks sometimes give out toasters and radios to depositors. Must all financing consist of cash? There are also good and sufficient reasons for this alteration in terms of taxation and the aligning of incentives.

Our critic then bewails the fact that “the richest 10th of us have 84 percent of all stock shares owned by Americans, and a ravaged economy in which the stock market is close to an all-time high.” Should we also regret that a similar proportion of NBA players are African American? Thomas Sowell, a student of Milton Friedman’s, has done more than any other economist to pierce the myth that if strict proportionality does not prevail everywhere, it is untoward.

Mr. Anderson mentions “the full Friedmanization of our economy for the last four decades (which) has generated such greed-driven extremes of inequality, insecurity and immobility that the system is now on a path that looks crazily self-destructive.” This man is living in a dream world. Full Friedmanization would include a world with no tariffs or interferences with free trade, the end of licensing, not only for hair braiders, Uber, AirBnB, but also for medical doctors! Governmental tax would be in the neighborhood of 10% not 50% of GDP. Such “destruction” of the economy, to the extent it exists, stems not from Friedman’s public policy proscriptions, but mainly from their rejection.

The image shows a portrait of Milton Friedman by Lindsay Mitchell.