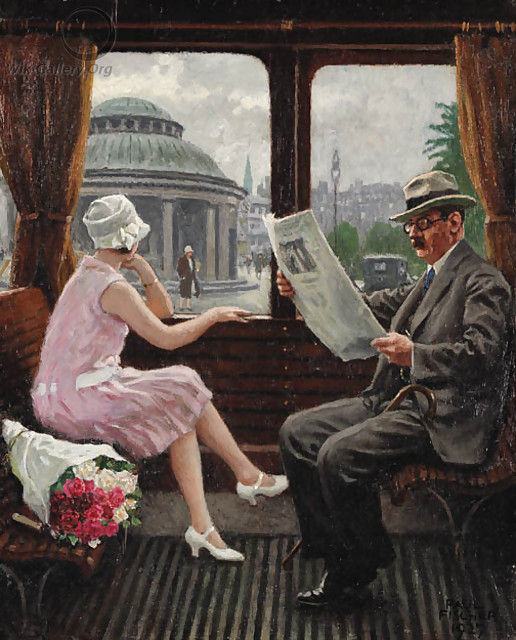 Can one be modern and also free? There is a paradox here that bears examination. Modernity implements specific conditions (limitless progress and expanding production of goods, both fueled by relentless consumption). These conditions are determined by the grand trinity of capitalism, namely, economics, technology and science, each of which is said to be the guarantor of the summum bonum.

Life thus becomes a continual negotiation with processes of acquisition, not for necessities but for indulgence. This is the consequence of surplus, where gluttony is a virtue, and obesity its mark. Such consumption and production of goods also requires elaborate boundaries, which are the bureaucracies and hierarchies that dictate how we are to live and what we are to do. In such a vast machinery, what use freedom?

But modernity also creates problems that it cannot solve. For example, the packaging of consumer goods turns into highly sophisticated garbage that neither nature nor mankind can safely undo. And since countries are supposed to be run like efficient, profitable companies, politics sallies forth to solve all the problems of life. This leaves education rudderless, so that it can neither be instrumental nor idealist, thus devolving into a bureaucracy to manage the young.

Further, the refusal of God necessitates the bettering of mankind, down to biology. This turns society into an ever-expanding mechanism of profitable manipulation, that is, progress. Such manipulation of what it means to be human leads to tribalism (packaged as diversity and pluralism), which the strongest boundary of all. Such problems have no real solutions – and thus any critique offered can never get past describing all that has gone wrong (aka, the thriving outrage industry).

In the meanwhile, there is limitless expansion and profit, which now demands that the resources of the entire planet be controlled by monopolies. And when these resources themselves become insufficient, there lies the exploitation of neighboring planets (the key purpose of space exploration). Such is modernity. What function can freedom possibly serve in such a vast engine?

This ultimately leads to another problem – that of freedom itself. What does it mean to be free in modernity? Is it simply unhindered self-expression? Unfettered thought and speech? If so, then such unconstraint runs smack into the boundaries of consequence and human rights, and thus fritters away. Everyone knows how to repeat the mantra – that words and actions have consequences and must be used with great responsibility. What does modernity need more?

Next comes a far trickier issue. Is freedom simply anarchy? No rules, no judgment, no boundaries – Paul Feyerabend’s injunction of “anything goes” run rampant? Or, must we take Nietzsche to heart and “live dangerously,” forever fashioning our own limits, our own values, our own laws – to become Uebermenschen? Such freedom, like modernity, also creates problems that it cannot solve. Indeed, what are people demanding when they cry, “Freedom!”?

The freedom from want is far different from the desire to speak one’s mind unhindered. Wittgenstein is correct – the world of the poor is different from the world of the rich, because indulgence can never be the same as necessity. In this context, that peculiar phrase, “the marketplace of ideas” (wrongly attributed to Mill) is often bandied about. The logic of modernity is obvious here. The wise consumer (informed by industry information) browses a plethora of products and chooses what appeals.

Those that favor this adage do so out of a belief that the marketplace offers the surest guarantee of freedom – the individual’s ability to make the right choice. This trust in the wisdom of the consumer is not only naïve but anti-freedom. The consumer buys not to express freedom, but to satisfy desire. Because modernity does not need freedom, for most consumers freedom is made undesirable and will never be bought – rant as its hawkers may.

The marketplace will promote the products that favor it – and it will destroy all competition. Those that advocate a “marketplace of ideas,” therefore, cannot complain that they are being censored – for the modus vivendi of capitalism is never fairness in the marketplace but dominance of the marketplace. Modernity is all about control which, again, makes freedom pointless.

Where does all this lead us? When providence was eliminated from life, it was supposed to bring about a never-ending expansion of self-determination. Again, the logic of modernity and the marketplace strategically deployed – the belief being that if you remove barriers to trade, all trade will flourish. Likewise, nothing could hold humanity back once it got free of old superstitions.

However, the variety of determination available to humanity has proven to be limited. Human potentiality hits a brick wall in human gluttony. Humanity will always be Icarus. Modernity seeks to blunt the ensuing disappointment by one rather powerful strategy – diversion (or, more consumption). In the end, the pampered human body considers freedom to be a hindrance, like the superstitions of old.

But if freedom is still deemed to have any value, it must break free of modernity and its agendas of physical determinism, which are concerned with more barriers (especially political utopias). Neither should freedom be described as a wild free-for-all, which too is a version of physical determinism. Instead, freedom can only be achieved when it is once again held as a process of ethics. Until that is clarified, any call for, and pursuit of, freedom will be illusory because it will only be a further expansion of modernity.

The words of Elizabeth Anscombe serve as a reminder of what freedom ought to be: “My actions are mostly physical movements; if these physical movements are physically predetermined by processes which I do not control, then my freedom is perfectly illusory. The truth of physical indeterminism is then indispensable if we are to make anything of the claim to freedom.”

Freedom may begin when we realize that it is the by-product of ethics.

The photo shows, “In the Train Compartment,” by Paul Gustav Fischer, painted in 1927.