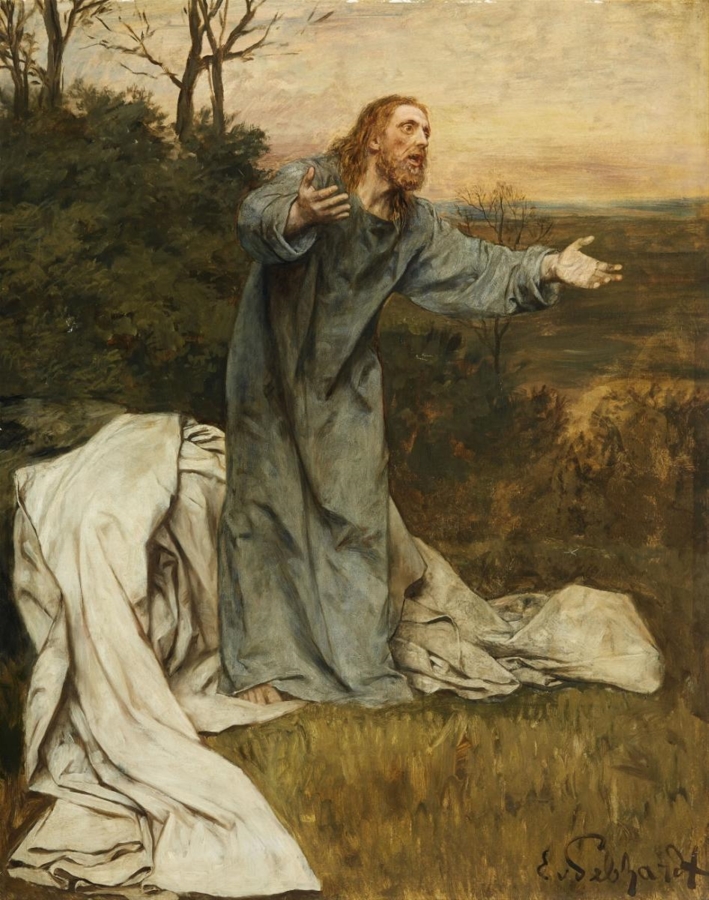 Ezra and some of his friends have suddenly become big time horse lovers. Several of them own one or more and they often go riding in the country together. They recently have been having little contests to see who has the fastest horse.

A local wealthy farmer by the name of Hananiah agreed to lend some of his fields for a friendly race. He had his employees set up markers around the fields for the riders to follow and he cleared  a standing area for those wanting to watch.

On the Friday before the race it rained all day. They considered cancelling it, but when Saturday dawned it was sunny and bright so the race went ahead.

There were twenty entries. They decided to run five heats; the winner of each heat would run for the title.  Ezra won his heat by a good margin and was looking forward to the championship run.

Shortly after the final race started and the horses were just approaching the public standing area, Ezra’s horse hit a loose piece of turf, thrown up during the heats, and stumbled. Ezra was thrown head first into a huge mud puddle! His first reaction was to see if his horse was ok and she was, secondly he started to check to see if he had anything broken, he did not. But his pride was sure smashed!!!

As he laid there covered in mud and barely able to see, he looked in amazement through his muddy eyes, he thought he saw an angel helping him! This angel spoke to him and asked if he was ok, he said he thought so, but was very sore. To his amazement she took off a shawl she was wearing and started to clean his face. He tried to stop her and told her not to ruin her shawl, but she continued. By now she too was getting covered in mud. With his eyes cleared he could see she was beautiful, maybe the most beautiful girl he had ever seen!

She helped him sit up and was continuing to clean off his arms and shoulders when she said Hi, I am Elizabeth, and my daddy owns this farm. Oh, he said I know your father, he comes to our shop! She said now I know who you are, you make sandals! She said look these are the new red ones daddy had made for me. Oh wow he replied, I made those, I thought they were the prettiest sandals I ever made and now I see they are being worn by the prettiest girl I have ever seen. Through her mud splattered face Elizabeth was blushing.

By now friends were also helping Ezra to his feet, he was happy to be uninjured, but disappointed in not finishing the race, he asked if his horse was ok and a friend said yes she was fine and was being washed up too.

Elizabeth, now covered in mud, had removed her sandals and was carrying them, she took his arm and said come to our house, I will give you some of my brother’s clean clothes. Ezra tried to say he would be ok and would just go home and change, but she insisted.

After washing in the pond, he graciously accepted her offer of clean clothes.

Following the race and the winner declared, Hananiah invited everybody to come and enjoy some food and wine and celebrate the first horse race in Jericho! Ezra went with Elizabeth!

The following week when Ezra was working in his shop, he was surprised when he heard a female voice calling his name. He looked up and to his surprise there was Elizabeth standing in the doorway

He put down his tools and walked to meet her.  She explained that she told her Dad she wanted to see your shop and he told me just to stop in, that’s how all the other customers do it. She also explained that she was walking home from her class at the hospital where she was training to be a nurse. He was very impressed. Medicine was something admired as few people understood it or wanted to enter the profession.

They had a nice chat and Ezra asked if Elizabeth would like to go to the Pub Friday evening, she agreed. The young couple were seeing each frequently after that first evening, and it was getting serious.

Meanwhile, Isaac has been very busy working with the Christian disciples. He does occasionally come and help Nahum when he needs him.  His job with the Christians is what could be called a front man. He goes ahead of the leaders and makes arrangements for the Church services for them.

Most of the services are held in homes, preferably large homes, sometimes they are outside in the courtyard. He recently took Nahum to a service in a large home. Nahum noted that the speakers used a stand to hold their bibles and papers so they could glance down and see them clearly. The stand was called a dais and this one was taken from an old synagogue.

It was about chest high for most men. The front was sloped down so the papers could be easily read.

After the service Nahum went up to the home owner and asked if he could look at the dais, he then made drawings and took measurements.

Before he went to his shop the next day he went to a local woodcutter and bought some wood. He took his team of donkeys and wagon and took the lumber to his shop.

Let me interrupt myself here for a minute and tell you that when my father took over his father’s shop their main business was making carts, wagons and cabinets. It was my father who learned the leather business and he liked it better than carpentry. I felt the same way, but I still enjoyed working with wood whenever someone wanted a cabinet or table built I was delighted to build it.

He explained to Ezra what his plan was and they started making a dais! When finished they got some oils and stained the base a light colour and the top a shade darker. Ezra added his own touch by putting two large holes at either side at the top and front, to hold candles.

The following week Isaac told Nahum they would take the new dais to a service at Hananiahs .

When they arrived with the new stand people were very impressed and their comments made Nahum very proud and happy.

The next two weeks Nahum and Ezra produced 19 of the new dais. They had orders for 12 from locals and four more were being shipped to places beyond Jerusalem. They were very pleased to be able to build these new stands and provide them for the new Christian Ministry. This also meant more work and more revenue for their shop. They had actually hired a young man to assist them. He was the son of one of the local Christian families and was enjoying learning new trades. Ezra found that he really enjoyed teaching and coaching him, something he had never experienced before, much like when Isaac was teaching him.

Ruth and Nahum were very happy and thankful for their life at this time. They were enjoying good health and prosperity, Ezra was gradually taking over the shop, and his education was making the business more successful and the tax man never bothered them. Seeing their eldest son in love with one of the most beautiful and talented young ladies in the area was also a reason for happiness! Of course the possibility of having a “daughter” very soon made Ruth excited with anticipation.

The only thing missing was Ezekiel!

It is now over two years since Ezekiel left for Corinth. Ruth and Nahum have had several reports that he is healthy and doing very well in Greece. Ruth is hoping he would be home soon.

Ezra and Elizabeth have become a very popular couple in their community. They are invited to many social events and are often seen either walking hand in hand or riding on their horses. They make a very interesting couple as Ezra is quiet, and a little bit shy, however when he does speak people listen.

Elizabeth is out going and a confident conversationalist, they truly support each other.

Elizabeth has completed her medical training and even though she is still a young lady, she has quickly created a reputation of a caring, tender, compassionate and clever medical person. More than just a nurse! People say that she has a unique ability to diagnose your problem before she even examines you. People are coming from around the country to the hospital where she works and actually asking for her. Fortunately, the medical men in the clinic respect her abilities and often ask for her opinion as well. Ezra likes to tell her she has God-given abilities!  She laughs him off.

Ruth and Nahum are enjoying their roles as leaders of the new Christian Church. They are well respected and people listen and believe what they are saying about Jesus.

Life is good for Nahum the Carpenter and his family.

John Thomas Percival continues working with wood and pondering about the early history of Christianity.