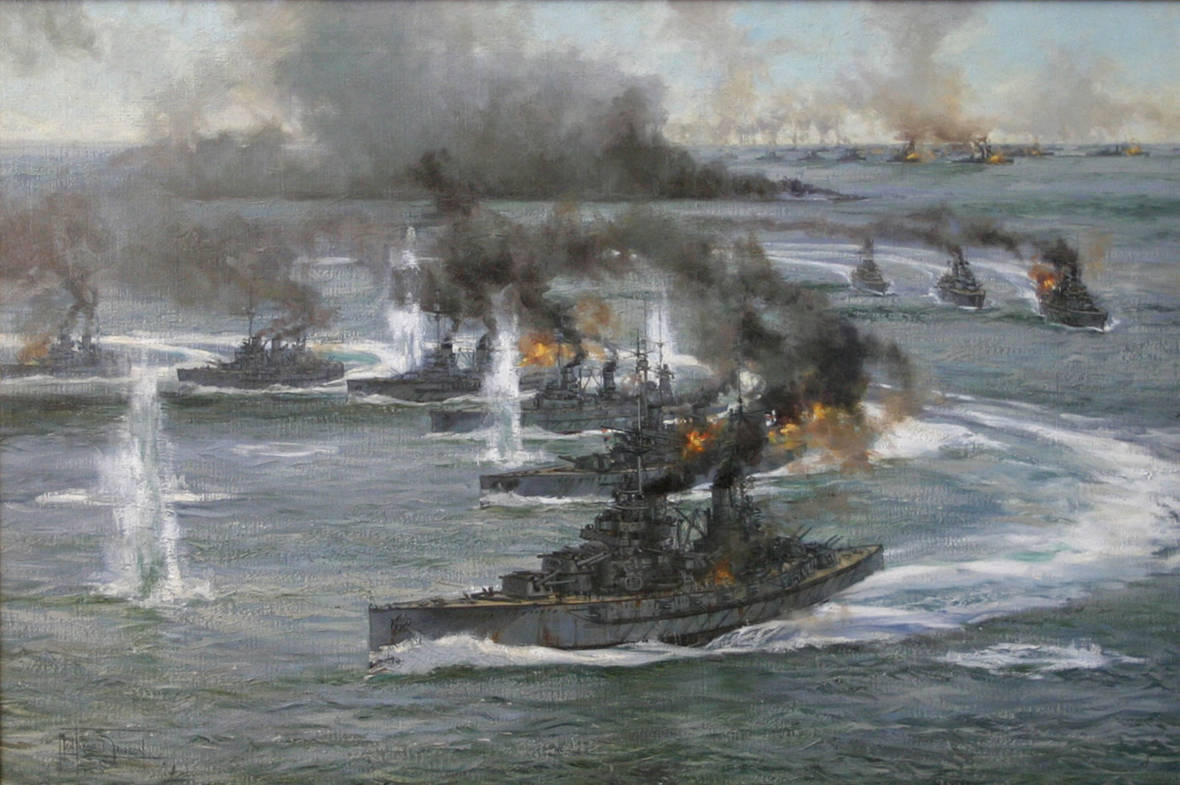 Jeremy Black has an international reputation for his prolific writings on the past, present and future of politics, diplomacy, warfare, strategy, empire, historiography, cartography, the press, and even the historical context of James Bond. Like other scholars in such fields, he has his roots in diplomatic history, in his case that of the early eighteenth century.

Often provocative, he is unfailingly interesting, with the ability to see familiar issues in new ways, and to leave the reader with food for thought on important subjects. This book provides an analytical survey of naval warfare from the ironclad era of the 1860s, through the two World Wars (including substantial chapters on the inter-war period) and the Cold War, to the current era and into the future. As he says at the outset, the focus is on the interplay of technological, geopolitical, and resource (for which read fiscal and economic) issues.

This approach enables avoidance of both narrowly technical force structure issues and of a too broad-brush treatment which pays them insufficient attention. In adopting an explicitly global and comparative framework, Black shows his understanding of military forces in general and navies in particular: the critical nature of their relative, rather than absolute, power and their relevance beyond the purely local or regional maritime domains.

While indicating how naval power was a key to imperial acquisitions and maintenance in the late 19th century, Black points out its limitations in both protracted and truncated continental conflicts. The American Civil War saw the effective initiation of littoral anti-access strategy with coastal-defense monitors and fortifications armed with 15-inch guns. Along with the perennial strategic problem of Canada (the British Empire’s indefensible landward frontier), this precluded British intervention on the side of the Confederacy. The Franco-Prussian War, swiftly decided on land, gave little opportunity for a French blockade to work and underlined for France its age-old need to prioritize the army over the navy and the continental over the maritime front.

Black gives attention to developments and conflicts usually ignored in the Anglosphere, such as the attempt of Korea to modernize naval power and the War of the Pacific 1879-1883 which saw Chilean victory over Bolivia and Peru. While surveying naval technological and doctrinal changes after 1880, Black places them in context by observing how the First World War would have been strategically recognizable to British admirals of past eras – a continental conflict in which Britain was successful by means of economic warfare, trade protection, alliance diplomacy, and expeditionary forces.

Unlike in 1870, the German failure to knock out France at the outset meant that the war evolved into a long and complex confrontation, largely between continental and maritime power, in which the latter was victorious. Time, as usual, worked in favor of maritime power which then excelled in creating strategic options. Railways, as Black points out, could mobilize the resources of a continent, but ships could deploy those of the world. The great irony was that sea power prior to the war had, however, over-promised and was seen as under delivering.

Black draws parallels between the inter-war period and the current era, while distinguishing between the rise of Japan, an insular state, as a naval power in the early 20th century and China today, a continental state whose maritime ambitions have been enabled by the absence of a landward threat since the end of the Cold War. Interestingly, when considering the force structure issues of the 1930s, Black argues that rumors of the death of the battleship were greatly exaggerated and that its expected vulnerability to air attack was not fully borne out in the 1940s. Like other surface warships, it had enduring value, including as a means of naval night fighting.

The longest chapter deals with the Second World War which was marked, as Black points out, by the ‘world ocean’ becoming a unified theatre involving every type of naval conflict. He therefore resists the temptation to divide the analytical narrative into European and Pacific stories but treats them as an integrated whole. This enables consideration of British grand strategy in having to tackle an ultimately impossible task of war with three enemies in two hemispheres (the strategic nightmare of the British Empire triggered by the rise of a hostile extra-European naval power in Japan – a problem which had never arisen during the age of sail).

The German blitzkrieg of 1940 repeated the outcome of 1870 with the rapid defeat of France in a land war. But the pivotal difference was British naval-maritime power which enabled prolonging of the conflict. Black argues correctly that Britain was not in real danger of invasion, given the strength of the Royal Navy and the inadequacy of German amphibious capability. The critical struggle was of course in the Atlantic, where air cover against U-boats had to be progressively developed: a need insufficiently anticipated by both the RAF and the RN.

Striking at Pearl Harbor, Black argues, was not in Japan’s interest when the Pacific naval balance of forces was in the IJN’s favor in terms of a campaign in South East Asia. He also explores the interesting counter-factual of what he sees as the lost Japanese opportunity to project greater naval power in the Indian Ocean, threatening the British position in India, rather than fighting wholesale against the US Navy in the Pacific.

Black divides his treatment of the Cold War into two chapters dealing with the period of American dominance up to the late 1960s and that of the stepped-up Soviet challenge which followed. He points out the importance of naval power even in a period of confrontation rather than conflict, including its role in globalising great power rivalry and conducting regional wars as in Korea and Vietnam.

The US alliance system, in both the Atlantic and Pacific areas, was very largely a construction of sea power, and created issues of planning, procurement, and interoperability greater than those which had faced Britain and the Dominions in an earlier era. The Falklands War, as a successful episode in sustained maritime warfare in the missile age, encouraged both US political commitment to a maritime strategy and Chinese interest in naval power projection.

Black’s discussion of the post-Cold War period recognizes the complexities of naval power in an era of state and non-state actors, network-centric and asymmetrical capabilities, new awareness of the operational level of warfare at sea, and the high financial cost of cutting-edge naval technology. He is good on the politics of US naval power in a democratic age, on force structure issues for the major and medium powers, and on the psychology of Chinese maritime strategy.

That navies do not carry the baggage of association with the interventionist wars following 9/11 is a political asset for them, especially in a period of growing maritime rivalry. Black argues that despite the political charisma of air power, and given the largely unfulfilled promise of trans-Eurasian land transport, navies are of enduring relevance when population growth and economic activity are concentrated in littoral cities, and when global maritime trade continues to increase in capacity and cost-efficiency.

While appreciating how warships are increasingly threatened by land-based weaponry, he recognizes the sheer strategic value of naval surface forces. Perhaps the fundamental choice facing advanced navies today is between fewer more costly and highly capable units and more which are less capable but less costly and more readily risked. One should add that the latter category probably involves more lives at stake.

If there is a criticism to be made of the book, it is that somewhat more emphasis could have been placed on the human element of naval capability. But there are interesting observations, for example on the superiority of US naval leadership education between the Wars which fostered the higher operational and strategic problem-solving skills evident in the defeat of Japan.

The book takes advantage of the explosion of modern naval historical writing over the last generation, and as usual Black’s footnotes are worth a read. Australian developments, from the creation of the RAN to the Defence White Paper of 2016, are given attention and placed in global context.

While each reader will find opinions with which to differ, the book has something informed, perceptive, and sensible to say about virtually everything within its scope, and is highly recommended for its rich and intriguing detail as well as thematic imagination.

The image shows, “The Battle of Jutland,” by Montague Dawson, painted ca. 1949.