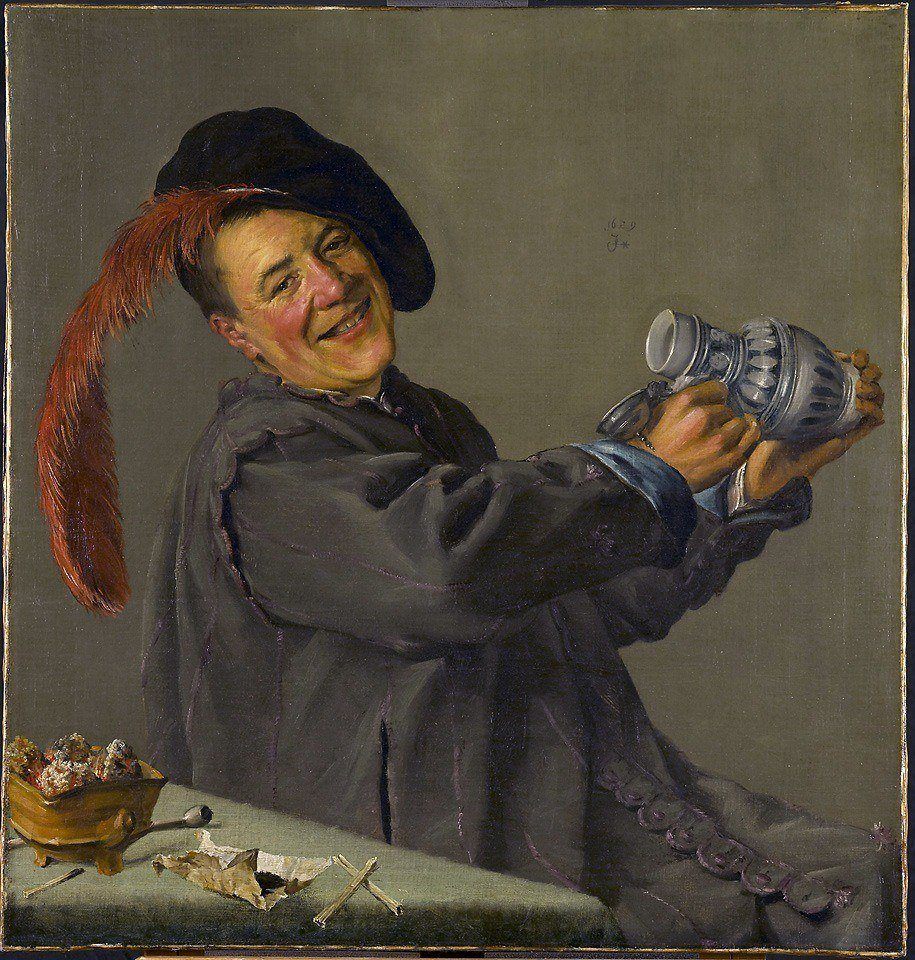 Sorry, fans, I’m being more taciturn and less loquacious this month. But every word counts and every poem and joke is paradigm shifting. Take the Andy Warhol joke below: it will surely make my many feminist readers question themselves, just as they question the patriarchy, male gaze n’ stuff, during most of their waking (or should I say woke?) hours.

My political acumen aside, let me tell you that hundreds of hours of poetic and comedic toil are involved behind the scenes to attain the right level of polish and wit in my contributions. In fact, I’m remarkably like another great poet, John Berryman, albeit marginally less agonised, but that’s quite enough self-analysis for now.

OVER TO THE EDITOR…

This month’s dollop of delights rounds off a year since Dr Stocker’s first hesitant and nervous contributions to the Postil Magazine.

In the interim period, thanks very largely to me, he has morphed from an awkward, pimply adolescent to a craggily handsome 65-year-old, as iconic as best period Eastwood (an excellent Republican, by the way). Not only does he promise another year of jokes and poetry, but he will follow you all the way home from the shopping mall declaiming them through his megaphone, and if you’re British, will irrepressibly continue with many more via the letter-box on your front door. There’s no escape!

This month’s selection involves both poetic elegance and a modicum of frankly rather laboured, groan-eliciting jokes, punctuated by the rapier-like wit of the final one.

In case you’re wondering, the editor wrote every word of this, Scout’s honour. And he’s one discerning fellow…

(Mario Praz was a celebrated Italian critic and man of letters. He was perhaps fortunate to have died before Damien Hirst came to fame).

A sculptor of genuine flair,
Praz nicknamed him “frigidaire.”
But his carving – all white –
Is no longer all right,
And scholars of colour despair!

Roll over, Canova, your white
Carving no longer looks right.
You’re effete and slack,
Not gifted and black,
A discredited aesthete’s delight.

A high gothic statue at Rheims
Adopted a classical stance.
When they asked: “Are you gay?”
He replied, “Hell, no way,
I’m the straightest stone statue in France!”

Fastidious James, how he screams
When I dare pronounce Rheims as “Reems;”
And St Denis “Dennis,”
Compounds the menace.
Vulgarity rules, so it seems!

A gnome admirer of the late Donald Rumsfeld was ostracised when he claimed: “There are no gnomes!”

Excerpt from Dr Stocker’s 101 art history lecture on the great Andy: “Arguably Warhol took his flirtation with radical outsiders a trifle far when he was shot by one of them. His would-be assassin, feminist Valerie Solanas, was profoundly unappealing – indeed, one of the SCUM of the earth.”

“I have little time for Damien Hirst. A confident artist, for sure, but too easily cowed. Hirst has powerful artworld allies and any critical reviewer senses he is circled by sharks. Yet Hirst’s talent blooms in his pretty flower pieces. They are not made by him, I will have you know, but they snatch victory from the jaws of defeat…”

My trendy artworld sister refused to talk about the magnificent paintings by wildlife artist David Shepherd hanging on my walls. It was clearly the elephant in the room.

A typing error which unconsciously reveals a lot about the state of the world today: homophobiz.

A conservative art critic subjected the late work of Matisse to a cutting review.

The featured image shows, “The Merry Drinker,” by Judith Leyster, painted in 1630.