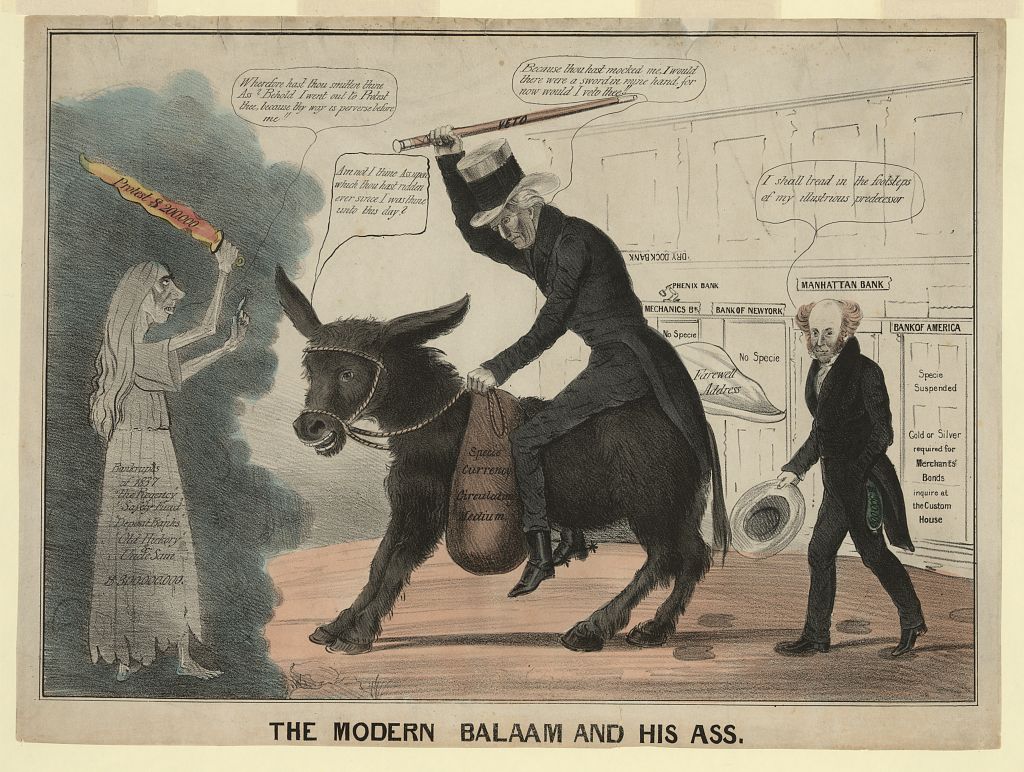 Anthropologists underscore the concept of a cargo cult as a belief system in a relatively (un)developed society in which adherents practice superstitious and repeated rituals hoping to bring modern goods supplied by a more technologically advanced society.

The Democratic Party of the United States has been running a cargo cult for some decades. It is placing a bet that its latest saviour figure, Sleepy Joe Biden, albeit an empty senile shell of a real cult leader, can do it again and fool the people — one more time. As he says, “C’mon man.”

During WWII Americans landed their huge aircraft, big bombers and jets, all over the Pacific islands of Melanesia. The local natives came to love — “Joe or John Frum”, (aka G. I. Joe from somewhere, stateside). The planes would drop their goods, i.e., cargo, and the people got stuff like free soft drinks, canned spam, chewing gum and candy bars. They became totally addicted to it.

But then the war ended, and the planes stopped arriving.

Not knowing exactly, why, the islanders built their own bamboo and wooden planes, many life-sized, beckoning the return of yet more cargo. It didn’t come.

Such cargo cults are a phenomenon around the world, from Papua New Guinea to Guinea, and from Guinea-Bissau to British Guiana—continents apart. All are premised on more or less the same design.

Radically new age millenarian false religions, “cargo cults”, were all inaugurated by cataclysmic events that destroyed the old order and brought a paradisal plenty, together with freedom and justice that involved the reversal of the positions of white foreigners and indigenous peoples.

Joe, from Delaware (or is it Scranton) and his pseudo-religious, well actually now radical Marxian secular party, is promising the return of cargo to those who just believe in him or a slim chimera of him. And the inner cities, Blue state kleptocracies and emerging autonomous (lawless) free zones, as well as the Democrat controlled “shithole” wards — from West Baltimore to the BedSty and from Watts to Metcalfe Park, all fall in line. They believe.

The handouts and promises are just too good to pass up. More please, more.

Like the related 1960’s cartoon, Clutch Cargo, Clutch Biden is out to save the oppressed and downtrodden. That animated television series centered on dangerous adventures and missions to save the world. It was later voted the seventh worst television production in history but in its day, it had plenty of followers and cool bongo music as its lead in.

Play those bongos again brothers and sisters, Clutch Biden will deliver. It may take help this time from the AOC crowd or “The (Firing) Squad,” as it is commonly known, as well as threats from Antifa and the bigoted rioters, but Joe and his soon to be released, female action-figure, Vice President of color, premised on Shuri in the kingdom of Wankunda, will Remake America.

This time the cargo cult will be bigger and better than ever. It has to be.

To hell with the US Constitution, the nuclear and extended family, marriage, parenting, the rule of law, private property, any notion of religious freedom, let alone practice, the second amendment, and custom, manners and civilization, as we know it.

It is time for Revolution. Off with heads is the slogan du jour.

Like Robespierre, the first act is to guillotine the vestiges of the past and all its conservative and reactionary stalwarts. Gone…

The second act is to take control of the commanding heights. The media is already on board, so the rest will follow like lemmings. Done…

And, the final stage is socialism in every aspect. Equality of outcomes is the euphemism, but it is in effect the total destruction of present society and the re-making of America. The new red hats will not be premised on the founding principles, life, liberty or happiness, let alone any meritocracy of the past, or our individual and collective achievements.

The new order will read right out of the Communist Manifesto: “[W]hen the class struggle nears the decisive hour . . . a small section of the ruling class cuts itself adrift, and joins the revolutionary class, the class that holds the future in its hands.”

From his cultic basement bunker, today’s cargo cult Democrat shadow man deity has offered up far greater goodies for the masses. They include, free college education for all, no taxes for any one of below moderate means whatsoever, free universal health insurance for any and every body, noncitizens included, free child care, abortion even after birth, more food stamps, get out of jail free cards, a green new deal, affirmative action to insure reversals of the past, removal of all statues that have anything to do with America’s former history, unlimited immigration and completely open borders, defunding of the police, confiscation of all guns, and trillions of dollars in giveaways and boondoggles for only the Democrat states and cities.

Come and lap it up, there is something for everybody – on the Left, that is.

We can tax much, much more and print more money and diminish America while supporting Communist China and globalism galore. Multiculturalism and multipolarity will erode America from existence. Sovereignty is unnecessary. So, what. It is a winning cargo cult formula. It has worked well in the past so Biden etal., will up the ante and bow before the altar of mammon and unchecked political power, this time to change the system once and for all and for so-called “social” good. There is no turning back.

Take note: this could very well be the last election in American history. We are headed for a one party state.

Once ensconced, the Democrats, really Marxian vanguard of the proletariat, will never leave office or relinquish power — ever again. To steal a memorable line from REM, “It will be the end of the world as we know it.”

his time it is a forever cargo cult.

But such a cult sorely needs a leader or at least a figurehead to be an official cult. Who did the Dems have this time around? After a rigged primary they fixed on Joe Biden.

His brain-dead performances at the nationally televised Democrat debates and near constant gaffes made him a literal laughingstock. His polls dropped like a stone as the public saw his corrupt ways. He lost in Iowa, Nevada and in New Hampshire came in fourth! But no matter, the cult came to his back and he swept through South Carolina and outlasted poor old socialist Bernie.

There are days Joe doesn’t even know where he is, let alone what he is doing. He is so senile.

Or maybe we should just feel somewhat sorry and pity, “Creepy” Joe, since he has suffered two near death brain aneurisms and multiple head surgeries. Ask any accredited medical practitioner and they will honestly tell you that such operations have serious long-term consequences. He’s just not all there. His own doctor jokingly said Biden, “has a brain because I have seen it, which is more than I can say for other Washington politicians.” The more pertinent question might be: yes, but how much of it is left and properly functioning?

‘Walter Mitty Syndrome’ is when you daydream about yourself being in another life as much as or even more than you pay attention to your real life. The name comes from a short story by James Thurber, written in 1939, and then made into a film in 1947, and a remake a few years ago, starring Ben Stiller, where the main character thinks up exciting scenarios for himself in his head when he’s just plain bored.

The American Heritage Dictionary defines a Walter Mitty as “an ordinary often ineffectual person who indulges in fantastic daydreams of personal triumphs.” The most famous of Thurber’s inept male protagonists, is considered “the character archetype for dreamy, hapless, Thurber Man” who resembles Biden.

The larger theme of the relationship between fantasy and reality sums up perfectly Clutch Biden and his 2020 campaign to be the President and Commander in Chief.

He truthfully can’t even decide on a cogent campaign theme and has changed the name on his own tour bus three times, already. The ‘No Malarkey’ version was just too corny and dated. ‘C’mon Man’ might be the latest and just as bad. Recently, he has decided to stay put in his basement sheltering from the curious public and a probing press.

Joe yearns to be free from his boring, retired life, an existence of relative meaninglessness and wants to cast himself as the Hero, as Barack’s essential, indispensable bud and as the soul(man) of America.

Now, truthfully, Joe did not necessarily choose this predicament. It selected him. With no qualified candidates (out of 29 options) Joe just had to throw his hat into the ring. Or did he?

At age 77, time had run out and his nearly fifty years of government service and glad-handing (and much corruption) needed a fitting conclusion; a Final Act. It was after all the job he always dreamed of but seemed out of his grasp. Recall he ran and lost three times before once getting caught up as a plagiarist.

But is Clutch Joe believable this time?

Biden is certainly most ‘Mittyesque’, to recoin a phrase. Here are a few good examples.

He retells a story over and over of courage when his helicopter landed under heavy fire near Bin Laden’s lair in Afghanistan. DIDN’T HAPPEN.

Joe is recorded as saying he was at the Parkland High School shooting in Florida at the very event. DIDN’T HAPPEN.

Constantly reminding us of his working-class status and roots, Joe says he and his were coal miners. NOT REALLY.

The former segregationist dreams that he organized sit-ins in all white restaurants and movie theaters. SHOW ME.

The list goes on and on, ad infinitum. Biden is fiction.

Instead, we find a grainy and worn picture of a failed politico, a has-been, the very definition of the Trump defined, “swamp creature”. He and his son, Hunter, are in the muck up to their eyeballs. But that is the definition of a cargo cult.

He has greatly enriched himself and his entire family (Where’s Hunter) and shaken down governments, been the handmaiden and shill of the credit card industry since he entered Congress, and sold America down the river, time and again, most recently to China.

It is not untrue that Clutch Biden is the largest living embodiment, the very best example par excellance, not a Walter Mitty LIFE magazine pretend character – but of Classic Cronyism, of Cargo Cultism.

He is the poster boy (albeit, as an old man) for the entire elitist, globalist political cargo cult.

Theodore Roosevelt Malloch, scholar-diplomat-strategist, is CEO of the thought leadership firm, The Roosevelt Group. He is author of eighteen books, including, The Plot to Destroy Trump and Trump’s World: GEO DEUS. Dr. Malloch appears regularly in the media, as a keynote speaker, and on television around the world.

The image shows, “The Modern Balaam and his Ass,” a political cartoon from 1837.