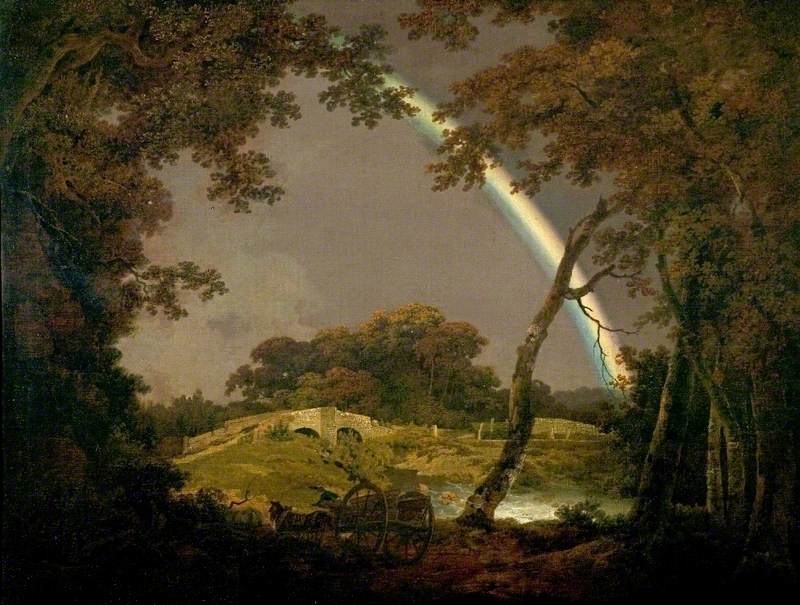 We live in a world of mental habits. Whatever we formulate, create and conceptualize, we do so according to intellectual conventions that we live by and through which we give meaning to the physical reality around us – and within us. If we stop to examine how we think, the habits, or perhaps attitudes become readily discernible.

For example, we perceive nature as being governed by laws, and through science we seek to define these laws. We recognize the body as a living machine, which requires the right kind of fuel, the proper method of operation, to keep it from breaking down.

And we have come full circle and now see the earth as a living organism that must not be used for our own benefit, but cared for, nurtured: Humanity is now slowly becoming the warden of the earth, the caretaker, the gardener – slowly we are breaking from the earlier master-slave relationship, where humankind’s sole purpose was to exploit and use, and dump what was useless in the form of garbage.

In a slow fashion, humanity is losing its hubris, its pride of ownership of nature. Rather, we now see that it is nature that owns us.

All of these formulations (and they are that, since, for example, the earth or the universe hardly cares what we think) are states of mind, mental attitudes that allow us to create the kind of world we want to live in.

Here, it is important to distinguish between the earth and the world: The earth is our physical planet, over which we have little control, and the world is what we have made of the plant (countries, markets, business, wealth, and poverty).

Thus, we humans are creatures of habit. We cling to concepts and mental habits that define us as nations, tribes, clans, or individuals. How many wars have been fought purely for the sake of identity? Take away our tribalism, our virulent embrace of difference, and we suddenly become merely human beings – no better, no worse than the next man or woman. Identity too is a mental habit.

Aristotle defined human beings as political animals, and certainly whenever we veer into dealing with the world, we do so by way of a political response (war, trade, services, movement of people).

However, to paraphrase Plato (Aristotle’s teacher), we can also define human beings as moral animals. We are addicted to morality – so much so that all of our non-political actions are governed by morality.

Indeed, we cannot define nature as inherently moral, since it consistently shows us signs of aggressive survival. Nature functions on a model of reciprocity: A perpetual, perhaps eternal, chain of interdependence.

Morality on the other hand does not require reciprocity, for it operates on the ideal of perfection: An unending desire to participate in beneficence. And to justify this moral habit, we imbue it with great religious overtones and label it as “divine law.” Thus, our world is governed by two types of law – political and moral.

For our discussion, we now need to abandon the political and focus entirely on morality. Leaving aside the question of whether morality is biological (“in our very bones”), or our own creation, we now must proceed to examine what it is that allows morality to exist. In other words, how does it acquire identity? What is moral?

Whenever we seek to define morality, we fall into a peculiar habit of thought. We begin to think along dualistic lines, or polarities, if you will; we begin to think by way of opposites.

As we can readily see, these dualities conform to a pattern of positive and negative (another duality), and they are stacked in such a way that we are forced to make a moral choice – we “naturally” choose concepts that are positive. Why?

Given our mental habit, we have come to believe that such opposites are in conflict with each other, and we are duty-bound morally to take sides in this conflict. By choosing the positive, we are making a moral choice. And this choice has a very long history in human consciousness, and it is this history that we will go on to explore.

We make a choice because we understand that these polarities cannot exist peacefully, side-by-side; they are not coefficient or coeval; they are embodiment of extremes, and one extreme cannot bleed into another. So much of our moral rebellion stems from precisely this denial of coexistence. We seek to assert that opposites do bleed together, and magnetically, opposites attract. Moral rebellion is based on not choosing sides, on insisting that one category is just as valid as its opposite, and there is no conflict between the two.

However, the positive-negative model pervades even this rebellion. How? By suggesting that the extreme can be pacified, that the two opposites can take on the characteristics of the other – by dragging the positive into the negative, or the negative into the positive. Despite the rebellion, we are still thinking within the confines of duality. It is a habit very hard to break. Try as we might.

The photo shows, “Landscape with a Rainbow,” By Joseph Wright of Derby, painted 1794.