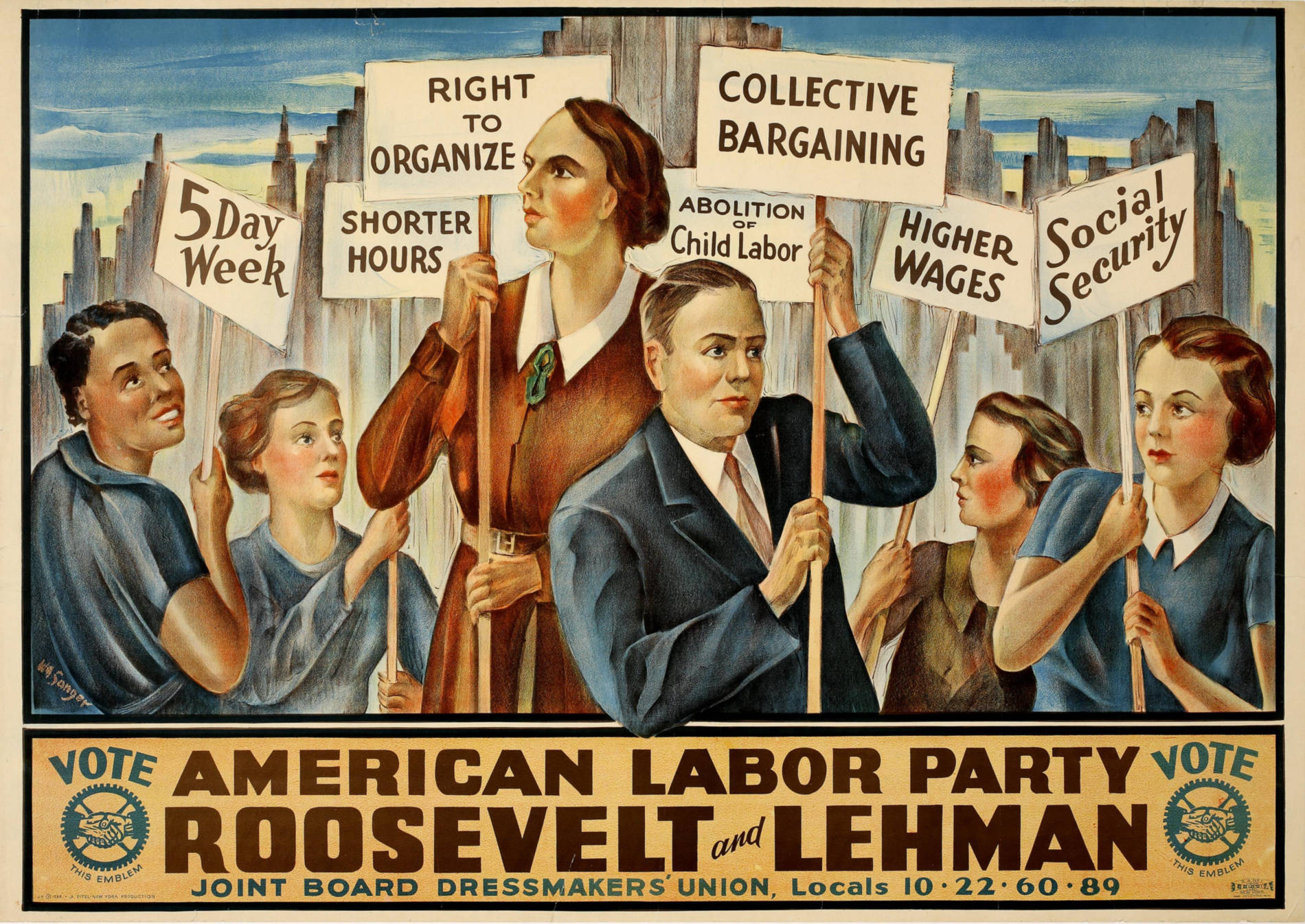 Do labor unions raise wages in the private sector? In order to answer this question, we must first ask what determines wage rates in the first place. Why is it that movie stars earn a ton of money, a college professor garners a middle class salary and the person who asks “Do you want fries with that?” takes home a more modest remuneration.

The answer in technical terms is discounted marginal revenue product. In verbiage more suitable for a family newspaper, it is: productivity. Why does the employer want to have the employee on his payroll? Simple; because in that way his revenue will increase. Suppose a person, call him Joe, can add to the bottom line of the firm at the rate of $20 per hour.

The company might initially offer him an hourly wage of $12, but this cannot long endure. At that rate a profit of $8 will be earned on Joe’s labor. Some other company will offer Joe $8.01, another $8.02, and a third $8.03. You see where we’re going with this.

Eventually his wage will end up exactly equal to his productivity, if we abstract from the costs of finding him, interviewing him, testing him, and other such transactions costs. Nor need the impetus arise only from the perspective of the hirer. Joe himself can look for other jobs, and his pay scale can also rise from that direction. Nor can his wage long remain above his productivity level. At $30, if there are enough Joes, and they are kept on the shop floor for long enough, bankruptcy will eventually ensue.

So, the question of whether labor unions can boost pay packets comes down to one of, do these organizations raise, lower or leave productivity levels unchanged. When put in this manner it is difficult to see how they can do anything other than lower productivity.

Even if they do not strike, their mere existence is costly. Organizing numbers of people so as to act together is not a free good. Then, when we add in all sorts of labor union activities such as slow downs, job reservations, intra-union squabbles, sign-up activities, elections, law suits, work to rule, collective bargaining, leaders’ salaries, beating up scabs, establishing picket lines, publicity, secondary strikes, boycotts, lobbying congress, etc. These may all strengthen unions, but they lower member productivity, and hence wages.

The point we are making is not that unions cannot raise the wages of all workers. It is, rather, that they cannot even boost their own pay, at least not in the long run. Yes, to be sure, it cannot be denied, that in the short run, based upon violence and the threat thereof, the pay scales of the rank and file can indeed rise.

But, if they exceed marginal revenue productivity, which has been decreasing thanks to their activities, their employers will be rendered bankrupt. It is no accident that Detroit is an economic basket case; these types of organizations were very powerful in the automobile industry. Nor should it occasion any surprise that the entire “rust belt” came into being as a result of unions catapulting compensation above productivity levels.

Unions comprised 33% of the labor force in 1955, and were down to single digits in the private sector by the 21st century. Wages rose markedly during that period. If organized labor were really responsible for this increase in worker well-being, it is more than passing curious it occurred during the time this institution was on the descendancy.

Why are labor unions falling on such hard times (except in government employment)?

Several hypotheses have been put forth to explain this radical reduction.

We are now much wealthier that we were in the 1950s. Unions are needed only for the poor, to help lift them up out of poverty. That is why MicroSoft, Apple, IBM and their ilk have not been organized; they don’t need this institution, since they already have high pay. But players in major league baseball, the NBA, the NFL, earn more than these high tech nerds, and they are unionized. There might be some explanatory power here, but maybe not all that much.

Here is another. Organized labor has been afflicted by corruption, mobster infiltration. The award winning movie, The Irishman, encapsulates this charge in dramatic fashion. But this has always been roughly true, all throughout labor union history. It is difficult, then, to see this as an accurate account for the rise and then fall of this institution.

Union leaders are invariably supporters of the Democratic party. Once upon a time that was also true of the vast majority of the membership. But it no longer holds. The rank and file in the age of Trump have to a significant degree embraced the Republican party. This might account, at least somewhat, for lessened support of the organized labor movement.

The government has to a significant degree taken over the role played by unions in the past: promoting healthcare, pensions, etc. To the extent this is true, it might well at least partially explain the lessened interest in unionism.

Then there is the fact that labor has in the last little while been allocated away from customary union strengths: manufacturing, construction. It has flowed in the direction of restaurants, hotels, computers, healthcare, which traditionally, and also at present, were and are not now heavily unionized. A not unreasonable explanation, albeit a partial one at best. For it leaves open the question as to why these other zones of the economy have been so resistant to the blandishments of unionism.

Here is yet another entry into this sweepstakes. Before the Supreme Court’s Janus decision, non union members were required to pay so-called “agency fees” to organized labor. Why? It was thought that their wage increases were due to union activity, and that they were thus “free riders” on the efforts of that organization.

But the Janus finding put paid to all of that. It cited the first amendment, claiming that the free speech rights of the so-called beneficiaries were being violated by compelling them to pay their hard earned money against their will to this group of people.

Indeed, the entire pre-Janus justification was dead from the neck up. First of all, wages are determined by productivity, not union threats. Second, even if A benefits from the acts of B does not justify B compelling A to pay him for them. I smile, take a shower once in a while, wear nice clothes, all of which (I claim), inure to your benefit. Yet if I sued you for these costs, I would be properly laughed out of court.

Several of these elucidations are at least partially correct, but none of them, even all together, can paint a complete picture. Here is another consideration to add to the mix. Wages are determined, ultimately, by labor productivity, and unions, with their strikes, work stoppages, internecine battles, downing tools in “sympathy” with their brethren, lower productivity compared to the level that would otherwise have obtained.

Unions are thus akin to a tapeworm, sucking the life out of an otherwise viable company. Detroit, anyone? Once upon the time this was a reasonably viable city. But the unions kept escalating their salary package demands, which choked off the profits of the automobile firms. Several of them headed south, and many of the others are now a shadow of their former selves.

The reason Lebron James earns a stupendous salary has nothing to do with unionism; ditto for your present author taking home more modest remuneration, nor for the guy who asks you “do you want fries with that,” at a still lower level. No, compensation is determined by how much each of us adds to the bottom line.

Wages are set by productivity levels, and unions lower, not raise them. This might be difficult to see, since many members of organized labor are paid generously. But that is despite union activity, not because of it. Without the “help” of this organization, their productivity would be higher, and so would their pay.

The image shows, “Vote American Labor Party Roosevelt and Lehman,” a poster by the ALP for the Presidential Election, 1936.