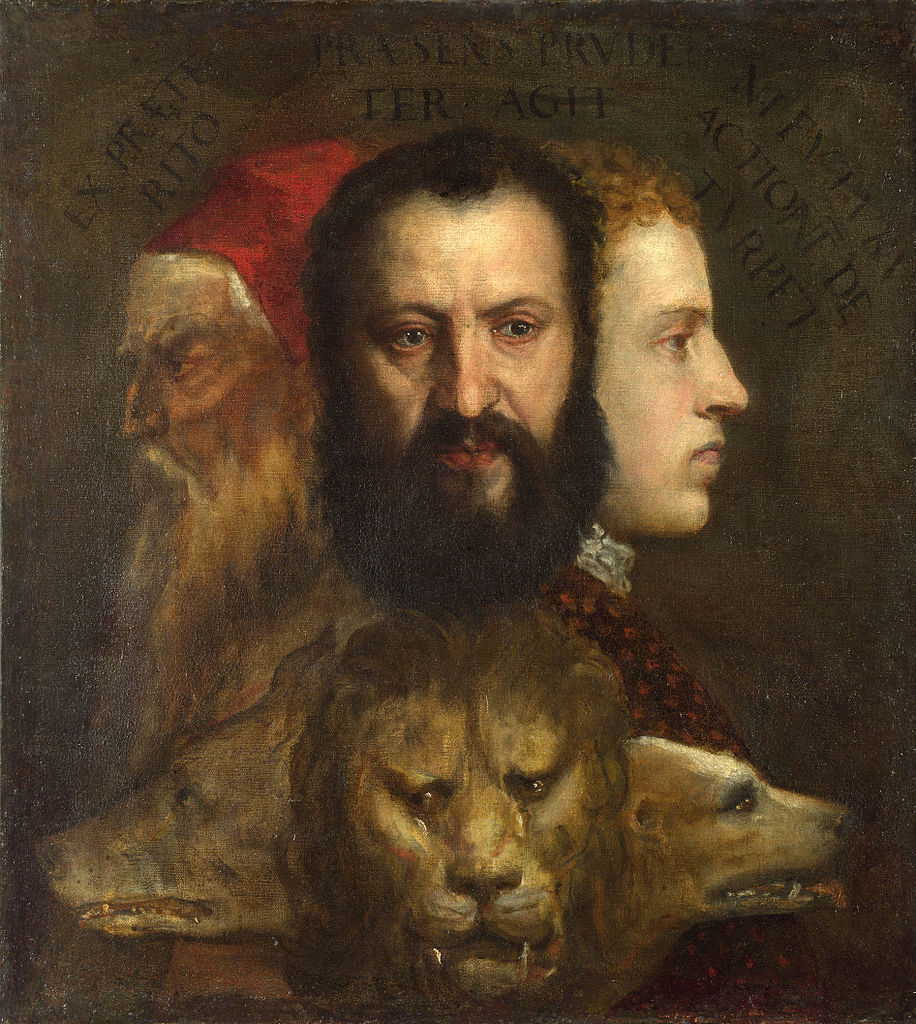 Early on the freezing cold Philadelphia morning of January 10, 1776, a booklet was published that changed American and indeed, world history. It was the watershed moment in the American Revolution.

The publication was called Common Sense and its author was Thomas Paine. The argument he made galvanized opposition to the Crown and catalyzed the political movement to independence.

We sorely need a return to such wisdom today in these United States. The future of American conservatism is rooted in it.

Paine was born in Britain and had immigrated to America only in 1774, at the suggestion of one Benjamin Franklin. Writing in the Pennsylvania Magazine, under the pseudonyms of Atlanticus, Aesop, and Vox Populi, he lashed out at the folly and wrongs of British authoritarian rule.

Paine’s short work was only 47 pages long. The tract was written in language every common person could understand. And it had an instant and dramatic effect. Striking a chord with colonist conscience, it was rapidly translated into many languages, reprinted thousands of times over, and circulated widely. It did nothing less than convince Americans undecided on the issue of independence that they should unite and separate around—freedom.

Like that powerful expression of the American mind, today we need a common sense approach to politics, culture, and to life. We need it to restore faith in the market and wealth creation and also to give common people—ordinary men and women, in America and around the world, a prudent voice for creating a better future.

This idea of common sense may have begun soaking into the American consciousness when Paine authored that famous pamphlet, but it did not stop there. Its plea for America to become independent had great effect on patriotic public opinion in the colonies and the republic down through the years.

Paine considered the content of his pamphlet to be a “plain truth” (which was, at first, his working title), clear to all right-thinking, rational persons. He had borrowed the phrase from its earlier use in England (as early as the 14th century), where it was considered a sense very much like our other senses. They were called the “five wits,” and the “common” sense united them into a useful whole.

Unfortunately, it is often said that common sense is not as common as it ought to be. Possibly the best recent spokesperson for common sense was Ronald Reagan. In his farewell address, the 40th president defined his revolution as “a rediscovery of our values and our common sense.” Actually, from the very start of his career, Reagan attributed his acceptance to his belief in the idea that society “could be operated efficiently by using the same common sense practiced in our everyday life, in our homes, in business and private affairs.”

We need it more than ever today with the onslaught of leftist ideology, American Marxism, and cancel culture. One thing is clear: Joe Biden completely lacks any common sense, if he has any cognitive sense at all.

But what is common sense and how does it apply to politics and all of life?

The typical definition of “common sense” revolves around notions of good practice and can be stated as, “the natural intelligence that is available to all rational people.”

This native intelligence is part of natural law; in business it starts with wealth creation, in politics with limited government, rooted in law.

Today responsible, purposeful conservative leaders are taking up this mantle again and laying claim to the phrase. It should be the hallmark of future conservatism.

What exactly does this mean, and how does it work?

What truths do we hold as self-evident in a common sense?

What is a commonsense framework, and what are the benefits—to workers, shareholders, and communities, and most critically to all citizens themselves?

In the field of economics, prudent/commonsense behavior saves money for when one is faced with an uncertain future: “risk aversion.” The so-called precautionary saving motive is one of many principles of this dismal science. In economics’ cousin, accounting, prudence is a fundamental concept. It determines the time at which revenue can be recognized, which is not an unimportant or inconsequential event.

Lawyers also still abide by the “prudent man rule,” a nearly 200-year-old judgement method appealing to common sense. Some governments have even established prudential conduct authorities or guidelines, intended to guide fiscal choices in a better direction after the financial crisis.

But it is the Church that has insisted on maintaining the virtue of prudence in all ventures, making it part of its standard for belief and practice. In the Catechism: “Prudence is the virtue that disposes practical reason to discern our true good in every circumstance and to choose the right means of achieving it.” It goes on to conclude with some sound advice, “The prudent man looks where he is going.”

If prudent behavior is right reason in action—or, the natural intelligence that is available to all rational people—then why has it been mostly abandoned, forfeited in more recent times and nearly totally forgotten by our postmodern culture and governments? Why does the Left attack it so vehemently?

By tracing the history of common sense’s demise we can discover avenues for its possible resurrection.

For Aristotle, any conception of the good life employed practical wisdom. This wisdom, put into action, was prudence, and it was a virtue rooted not in meditation but experience. Experience teaches us how to relate universal truths to particular situations, and it underscores the variety of individual circumstances. Wisdom leads to prudence, which leads to action, which leads to experience and more wisdom.

As social beings, humans act. Sociologists call us “actors,” because that’s what we do. We achieve certain ends and do so in conjunction with other ends, pursuing the state of wellness that Aristotle knew as eudemonia. In his Nicomachean Ethics, he states, “Prudence is that virtue of the understanding which enables men to come to wise decisions about the relation to happiness of the goods and evils.”

Nine hundred years later, phronesis was the Latin translation of prudence (common sense) for Thomas Aquinas and other Church fathers as they incorporated Aristotelian ideas into their theological framework and moral theology.

By the time of Thomas Hobbes, however, at the start of the modern era, we witnessed a complete rejection of such thinking. Hobbes rejected prudence as a proper concept in philosophy, casting it aside as “mere conjecture.” This turned ethics on its head, as prudence was demoted from a virtue to a tattered theory.

During the Scottish Enlightenment, Adam Smith (first and foremost a moral philosopher, and later the founder of economics) tried to revivify prudence and reconnect it to morality. An entire section of his opus, The Theory of Moral Sentiments, is devoted to the virtue of prudence as a form of common sense.

The heavy influence of Stoicism can be seen in Smith’s contribution to the concept of prudence. He saw it as an aspect of self-command or self-control over one’s desires and emotions. In that sense, his view is closely akin to what earlier puritanical treatises called “temperance.”

Smith thought this a kind of “cold esteem” and tied it to frugality, industriousness, seriousness, and dispassion. Thinking as he did about the rising wealth of nations, Smith envisioned using prudence to make men “fit for society.” The virtues of a sound economy for him corresponded to those of the “prudent man.” Prudence was thus transformed back into a virtue—this time both economic and moral.

Today, however, prudence/common sense is hardly the supreme virtue it once was, if it is held up as a virtue at all. Leftists don’t like virtues, only so-called virtue signaling. And one unique feature of prudence—the ability to intelligently organize the nexus of skills and to act in good cause—has been nearly lost. This may be in part because we have abandoned the idea of a telos, a noble purpose guiding our actions into the future, in most of public life.

In our modern and liberal-progressive approach, the idea of an end has become more or less obsolete. Moral norms in the modern era have been relativized and separated from both daily life and practice. Prudence as an intellectual practice, signifying an excellence of the mind and of character, has come to be replaced by temporal preferences and the leveraging of short-term reward.

When we are required to define life as random chaos without order or spiritual/noble purpose, gratification must be instantaneous. Why wait? Why not just do as you please, and as your body drives you to consume, right now? Do so immediately, without any thought for tomorrow, let alone next year or the distant future for generations to come. This also leads to the politicization of nearly everything

No longer able to hold back gratification, modern individuals cannot delay desire in the present, even if in so doing, we could take steps to satisfy ourselves better later in time.

This is why our budget priorities are ridiculous and our national and private debt is out of control. It is why companies often take extreme risks. It is why the Biden Administration has completely capitulated to the progressive socialists.

Any resurrection of the notion of common sense will require a rejection of the modernist approach—and this will have profound consequences. Our narrowed perspective has turned prudence into a utility or even worse, some kind of cleverness. But it is in fact the virtue par excellence for guiding us into an uncertain and ever riskier future. We need to restore prudence as an intellectual virtue again in order to revive a deeper appreciation for human well-being (that is to say, if you want a bumper sticker, there is no eudemonia without phronesis). It will demand self-attention but also thoughtful, principled social interaction in our modern setting. Conservatives need to take this to heart in their political philosophy and policy proposals.

While prudence surely starts with the individual, it culminates in our actions together in society. Businesses must implement ethical management as a “core competency” for acting in responsible and humane ways. In this sense, business must also, in the first instance, appeal to common sense and experience—not to some modernist or woke ideology. And politics must focus on the real needs of citizens, not abstract theories and grandiose schemes and power grabs to keep progressives in office.

Common sense is rooted in the virtue of prudence, and it is primed for a comeback. It is high time for more practical wisdom and less irrational behavior.

Theodore Roosevelt Malloch, scholar-diplomat-strategist, is CEO of the thought leadership firm The Roosevelt Group. He is the author of 18 books, including, The Plot to Destroy Trump and, with Felipe J. Cuello, Trump’s World: GEO DEUS. He appears regularly in the media, as a keynote speaker, and on television around the world. This article appears through the kind generosity of American Greatness.