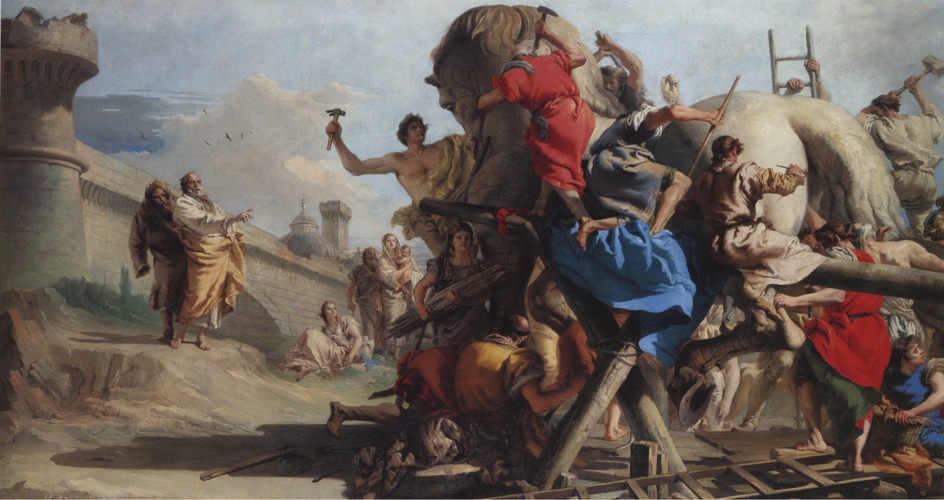 Let’s be real – in a world threatened by nukes and guerilla warfare – we don’t need guys with guns in the military. We should fire them, send them to school, and then rehire them as either intelligence officers, medics, R&D workers, or anything else that’s actually useful.

Lord help us if we fight a country with nukes. Nuclear war is not fought with soldiers. More importantly, nobody wins. After a nuclear winter, radiated food supplies, mutated children, and the destruction of every major city owned by the combatants – there won’t really be much to fight over afterwards.

Think about it…are the guys with the guns going to stop this from happening? Do you think they will protect you after a nuclear strike? Think again.

Well, if we can’t pick on people our own size, then what about invading the little guys who don’t have any nukes? You know, countries like Vietnam, Afghanistan, Iraq, and then maybe Afghanistan again.  Invading countries – knowing beforehand that you’re going to withdraw your military afterwards – makes no sense.

How many times has America (and its allies) fallen into this cycle?

Step One: We find a country that isn’t doing what we want. It could be that it’s adopting an undesirable ideology. Maybe it’s just not giving us access to its resources and markets. It doesn’t matter. The cycle has already been started.

Step Two: We unleash the wrath of God on that nation. We invade them with the greatest military power that the world has ever known. Rape, murder, and theft spread like wild fire as anarchy ignites in the aftermath of the destabilizing invasion.

Step Three: A band of guerrillas arises. Maybe they are united by some anti-American ideology. Maybe it’s one faction fighting another.

Step Four: To combat the sabotage, insurgency, and other guerilla activities, we use our guns to snuff them out. Guys with guns, or big planes with bombs to destroy the most elusive and indestructible enemy in all of history i.e. an idea.

Step Five: It turns out that guys with guns and planes with bombs are expensive commodities. Unlike the guerillas, we don’t have time on our side. Bullets start to make a poor excuse for the words that are needed to sway the natives. We start to realize that statecraft is a long term and expensive investment that we don’t want to make.

Step Six: We leave. The guerrillas come out of the woodwork and take over the nation. Bullets didn’t win any hearts and minds. So, then why do we have the bullets again? If we came for business, the common man never sees a penny of what we sacked from the nation we invaded, and the guerrillas take whatever was left behind.

It’s time to use brains over brawn. We should fire soldiers, send them to school, and then rehire them as either intelligence officers, medics, R&D workers.
There are plenty of reasons to invest in our intelligence services. International intelligence organizations specialize in understanding political climate of enemy nations. They focus on directing the internal forces within other nations, seeking to organically shape favourable ideologies, policies, and governments within that nation. Furthermore, they shed light on information kept secret by foreign nations. These are some, but not all, of the tasks intelligence services perform, and they perform them more efficiently than the troops on the ground could ever hope to.

It is intelligence that specializes in manipulating the internal forces of foreign nations, not the infantry. When the government wants to create or support grassroots movements in enemy nations, they employ intelligence officers.

When the government wants to find insurgents hiding in caves, forests, or jungles, they employ intelligence officers.

When the government wants to shut down nuclear programs in enemy nations, they employ intelligence officers.

When the government wants to counter or launch a cyber attack, start a coup, stop guerillas from getting funding, or launch a propaganda campaign in another nation, they – you guessed it – employ intelligence officers.

These guys are our best hope in changing the ideologies of other nations, especially when they work tactfully with politicians and diplomats.

If we are to truly defend our democracy, then we need to invest in intelligence.  This way we can win hearts and minds, while protecting our own domestic hearts and minds.

Medics would be another critical tool in the military of this new soft power state. Medics are key in giving foreign aid. They can be mobilized to stimulate research through investment in the latest medical technology, and medics can be mobilized to counter spreading epidemics caused naturally or by bio-terrorism.

It turns out the there are a lot of sick people in the world. It also just so happens that governments of foreign nations can’t always handle the sick of their nations. Part of foreign aid, which is a very powerful diplomatic tool, is medical aid. Investments in medics would strengthen foreign aid.

Lastly, military medics are our best way to counter foreign diseases across the world. When an epidemic breaks out in Africa, South America, or Southeast Asia, do you think the government mobilizes civilian doctors to counter it? Of course not. They send the Army.

So, when the next plague hits, don’t you want to be ready for it? In fact, the next Black Plague may well be started artificially.

The final major investment we need to make is in research and development, good old R&D.  This is the way we can keep ahead of the curb. R&D is responsible for new ideas and the best technology. It stimulates the economy when innovations are shared, while allowing our military to be one step ahead.

Something almost universally agreed upon by the “Left” and the “Right” (if those terms are still even valid in the twenty-first century) is that R&D stimulates economic growth.

Remember, it was the space program – which was funded by the military – that is responsible for kick-starting everything from the microchip to the memory foam mattress. Even the internet was funded by public tax dollars as part of R&D and then released to the public. These technological advancements not only stimulated the economy but led to a new age!

In reality, contemporary armies just don’t cut it anymore. We need to use mind over matter and that means investing in intelligence officers, medics, and R&D to a name a few of the better alternatives. We’re like the ancient Greeks at Troy. We know we can’t just muscle our way though, so then why not think our way through – and come up with ways of taking apart our enemies from within? That way lies sanity in our age of conflict.

The photo shows, “The Building of the Trojan Horse,” by Giandomenico Tiepolo, painted ca. 1773-1774.