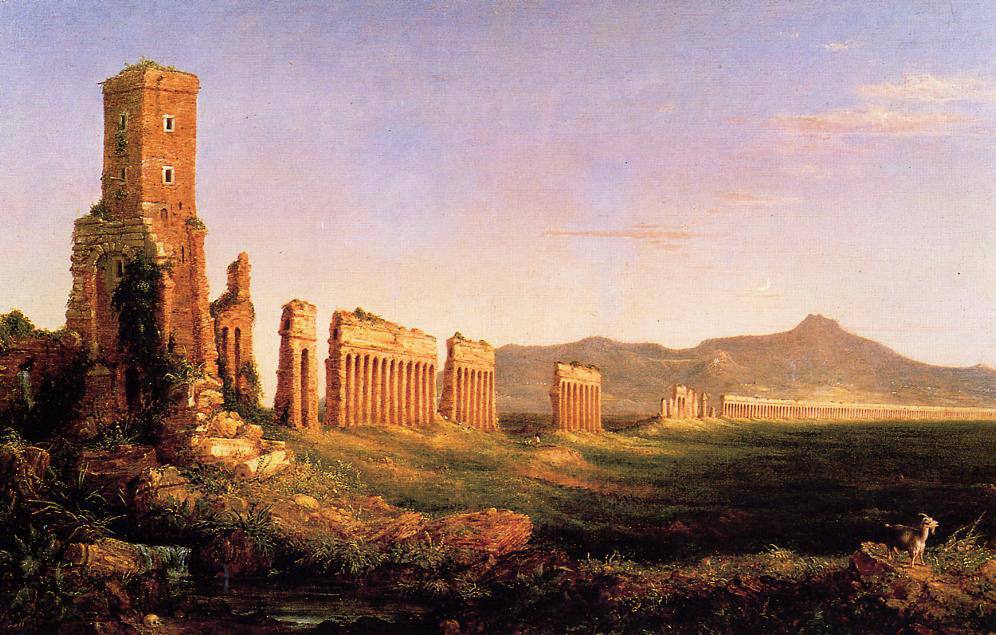 Two book appeared over decades ago that still warrant consideration. One is Samuel Huntingdon’s Clash of Civilizations and the Remaking of the World Order, and the other Peter Gran’s Beyond Eurocentrism: A New View of Modern World History. Both embody two respective specific views history that are termed “modernization theory” and “political economy theory.” Before we proceed to examine the two books in question, it is best, first of all, to briefly define these two theories of history, in order to gain a firmer grasp of the arguments of the two authors.

When we turn to modernization theory, we find that the emphasis is on the industrial knowledge and strength of wealthy nations, who achieved their prominence by way of a process of modernity. This first stage in this process is industrialization itself, which in turn brings about modernity. Thereafter a sequenced series of events occurs that bring about social, economic, and individual progress.

Thus, nations that espoused modernity prospered because they learned ways to ensure sustained economic growth; and this brought them greater riches in the form of cultural, social, and political standards and principles that fully embodied modernity. For theorists of modernization, the problems of the Third World are rooted in forms and structures of traditional societies, which markedly differ from modern ones. Traditional societies are intensely religious, while modern ones are secular, since they have learned to separate social, political, and economic standards from religion.

Traditional societies are rural; modern ones are urban and based upon commerce and trade. Thus, the strengths of modern societies lie in their secularization, urbanization, the ability to develop science and technology, their stress on social mobility, the inculcation of a system of rewards for merit rather than inherited status, the great importance of the rule of law, and the division of labor in society.

On the other hand, traditional societies are governed by religious authority, and depend upon a rural mode of existence. They do not have the ability to engender discoveries and innovations in technology and science; they have extremely inflexible social structures that allow for very little mobility. As well, traditional societies dispense reward based on inherited status rather than merit; they discourage innovation and new ideas, do not place controls on the implementation of political will and authority, and do not show social differentiation.

Thus, according to modernization theory, the rise of capitalism is the essential element that transforms traditional societies into modern ones. The Third World is poor because it has not cast off its traditional ways of organizing society and as a result modernist, capitalistic institutions have not emerged. In effect, modernization theory views history in a very linear fashion that proceeds along definite and knowable processes.

Whereas modernist theory focuses on progress, political economy theory concentrates structures of power and economic resources. The essential issue here is the examination of the distribution of power, namely, who has how much, and the inevitable result is an analysis of power distribution in society. Thus, it is social class that eventually determines how much wealth and economic power individuals have; and it is support of this structured distribution that society itself organizes itself.

This theory therefore critiques the resulting political economy, that is, how social, economic, and political policies and forces influence individuals. As well, there is a stress on determining the effects of power struggles that result because of the rift between the haves and the have-nots. Consequently, history is the result of these forces and struggles that see power and political economy shifting in order to balance and accommodate social needs.

In effect, political economy theory presents a materialist understanding of both society and history, in that ideology and culture are the result of material production. Thus, there is a relation of production that correlates to a stage in development of material powers of production; and it is the result of this relation of production that generates the economic structure of society, which in turn forms the basis of legal and political superstructures and engenders forms of social consciousness. In brief, social existence determines consciousness.

Thus, when Peter Gran critiques history in his Beyond Eurocentrism: A New View of Modern World History, he brings into play the various factors involved in political economy theory, in that his stress is social history, as well as the destruction of dominant paradigms: “Would not, then, a break with Eurocentrism as proposed in this book spell the birth of a Golden Age for social history both in the academy and beyond?”

When Gran turns to explore world history through the lens of social history, he suggests that there are in fact four structures of hegemony in the modern world, namely, the Russian road, the Italian road, the tribal-ethnic state (he uses Albania as an example), and bourgeois democracy (for which he gives Britain as an example). He emphasizes the fact that there are “only four” such structures.

Since these hegemonic structures are vaster entities and are not confined to Europe alone, for they find expression in different parts of the world. For example, Iraq adheres to the Russian road; India and Mexico keep to the Italian road; Zaire (formerly the Belgian Congo) sticks to the Albanian tribal-ethnic road; and the United States follows the bourgeois-democratic road, exemplified by Britain.

These four structures individually follow a series of three stages, namely, the early, “liberal” phase; a corporate or “collective” phase; and lastly another liberal or “neoliberal” phase. Certainly, Gran is well aware of the fact that the various countries he discusses do show variance in these phases, and although there are individual differences, the structural coherence of the three phases is maintained.

However, it is precisely at this point in his discussion that Gran veers away from the trap of assuming that the bourgeois-democrat road is superior to the other three, because he contends that Anglo-American society is founded upon racism, in that people of color, as well as women, are purposely kept in inferior ranks, in order to keep the mass of its male citizens happy and content, so they do not rise up against the privileged. In fact, multiculturalism is nothing more than a structure that continually plays “one race’s identity against another.”

Certainly, Gran finds points of critique in the other three roads as well, in that they have developed their own methods of preserving the hegemony of one group of elites or another. Thus, when he turns to the Russian road he plays down the role of Marxism-Leninism and instead focuses on “the ruling caste, or nomenklatura.”

As for the Italian road, he sees it as an amalgam of Mussolini’s fascism as well as a leftist corporatism, as evidenced by Mexico (under Cardenas) and India (under Nehru). And as for the Albanian road, he critiques the clan chiefs, or warlords, ruling through extensive family ties, whether they are monarchs (such as King Zog in 1920s), or the Communists, under Enver after World War II.

However, given the overriding nature of this study, and the inherent aim of political economy theory to critique forms of power, Gran continually overstates his case: “…standard world history is, in fact, so focused on the Western countries, their elites, and high cultures, that it does not permit much critical analysis of them. And this sort of overstatement continues.

Thus, for example, he states that “the U.S. state promotes the existence of a racial under-caste; it plays the white worker off against the black.” Certainly, this ignores the entire process of the civil rights movement and affirmative action. And because of this consistent overstatement he undermines his own approach of presenting a social history of the world, in that he concentrates his argument mostly on European nation-states and their political economy. Thus, for a work that seeks to steer away from Eurocentrism and strike a new course in world, the bulk of his argument remains rooted in European history and culture.

Against this work of political economy theory, we may read a work of modernization theory, namely Samuel Huntingdon’s The Clash of Civilizations and the Remaking of World Order. In his work, Huntingdon basically argues that some societies (or civilizations) will never evolve into liberal democracies, rooted in capitalism.

The reason for this is that it is culture (and cultural identities), which is ultimately a civilization identity, that shapes the structures of unity, dissolution, and clashes in the post-Cold War world: “Yet the major differences in political and economic development among civilizations are clearly rooted in their different cultures.”

Thus, for Huntingdon, the world is divided into seven civilizations that are forever competing. These are: the Western, the Sinic, the Japanese, the Hindu, the Islamic, the Orthodox, and the Latin American. Given this structure of the world, Huntingdon tells us that global politics is both multipolar and multicivilizational, and that modernization is distinct from Westernization and is leading to neither a universal civilization in any meaningful sense, not the westernization of non-Western societies. Thus, the balance of power among these seven civilizations is changing, with the West slowly losing influence, and non-Western civilizations reifying their own cultures.

However, within this context it is important to realize that modernization and Westernization are one and the same, wherein each guarantees secular, liberal democracy, free market economy, and a loosely protestant religious structure. As well, given the great advancement of technology in the West, it is important also to note that the other six civilizations tend not to have a high degree of technological sophistication. Thus, the ensuing clashes although very probable must always assume differing aspects, rather than outright conflict. And there is the special case of alignments of civilization in order to overcome a common enemy, or achieve a common goal.

For example, India may be seeing a Hindu revival, nevertheless this revival is largely in the context of its fight against Islam, rather than any meaningful struggle against the West. Huntingdon certainly gives due credit to religion and sees it as an extremely potent force in contemporary world politics: “In the modern world, religion is a central, perhaps the central, force that motivates and mobilizes people.”

As the well, the clash is an uneven one, in that the West has consistently pursued conflict in a highly organized and systematic way. Thus, when civilizations clash, there is an unevenness to the conflict, in that one side is slated to win: “The West won the world not by the superiority of its ideas or values or religion (to which few members of others civilizations were converted) but rather by its superiority in applying organized violence.” However, as a representative of modernization theory, Huntingdon is extremely useful in that he takes care to include all of civilization (economics, politics, religion, culture, religion, mode of life).

Thus, we find that both political economy theory and modernization theory present two methods for offering a critique of history. In the first instance, the stress is on studying the distribution of power, and the modes of its production.

This view, although beneficial in providing a critique of capitalism cannot be seen as a more cogent reading of history, given the fact that it consistently seeks construct large political and economic structures, at the expense of ignoring the pertinent details.

Modernization theory on the other hand provides a rather efficient method of reading history, since it involves study of minute details that fit into a larger pattern, or civilization, for it these details that determine not only the identity of a civilization, but also its method of survival and propagation.

The photo shows, “Aqueduct Near Rome’ by Thomas Cole, painted in 1848.