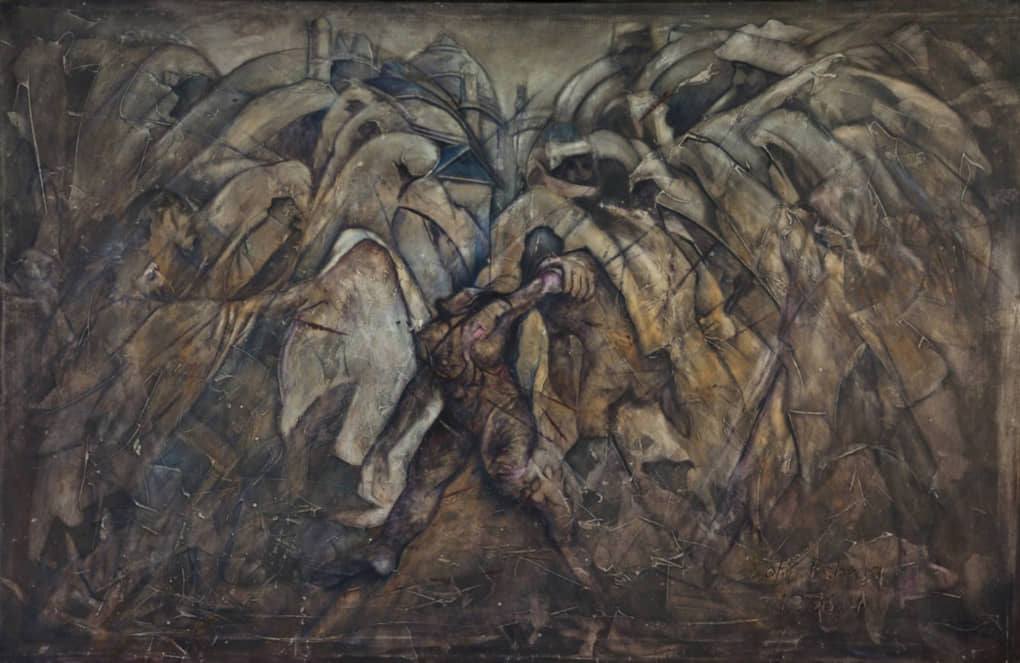 Since the Taliban retook Afghanistan, an avalanche of information has been coming from the occupied country. Among others, the Taliban announced its conditions for reopening private universities which, in reality, make it impossible for women and girls to continue their studies. The Taliban’s official statement from its Ministry of Education says that “Only boys from primary, secondary and high school can resume their schools;” and there is no mention of girls. The Taliban have banned women from working in the positions and jobs that they previously worked in.

In rural areas, Taliban fighters have been summarily killing members of former Afghan security forces and forcing villagers to pay a tenth of everything they possess. In the cities, it is not only poverty and hunger, but the Taliban’s inability to ensure security. In Herat, for instance, the cases of armed robbery and kidnappings are on the rise. As people have flooded into cities like Kabul, Zaranj and other provinces that border neighboring countries, a very high number of civilians are literally on the verge of losing their lives because, while trying to cross the border with Pakistan or Iran, they are pushed back by the border police of those country, and in the Afghan sides of the borders they have no place and possibility of living, first, because of the Taliban, and second because of hunger.

All these things are clearly contrary to what the group previously said about allowing women to take part in education and in public and social life. The Taliban’s summary killing of dissidents and members of former security forces proves that the general amnesty the Taliban announced was absolutely false. The unfolding human tragedy which is expanding very fast under the Taliban indicates that there has never been a Taliban 2.0, and “the Taliban have changed” was one of the biggest lies.

Days after women took to the streets in Kabul, Herat and Mazar-e Sharif protesting against the Taliban and demanding equal rights, photos of women strangely covered from head to toe who are reported to have been Taliban supporters started circulating on the internet. Since then, I have been frequently asked if, in reality, there are women who support the Taliban and its misogyny, or were those images photoshopped. While the vast majority of women in Afghanistan, though Muslim, do not approve of the Taliban’s interpretation of Islam and try to fight against the Taliban’s misogynistic and objectifying treatment of women, and despite the fact that in some cases women were intimidated into holding demonstrations in support of the Taliban, the answer is sadly, yes. There are women who support the Islamic Emirate of the Taliban and its ideology. Obviously these radicalized women by no means represent the majority of Afghan women, but they can harm ordinary women who feel suffocated under the Taliban.

The most important question about these women, I think, is what happened to these women covered in black abayas who gathered in southern provinces, including at Kabul University and even gave speeches in support of the Taliban’s Islamic Emirate – which largely regards women as less than human. As someone coming from Afghanistan, with years of firsthand experience in studying at madrasas (Islamic religious schools), I try to explain what made the phenomenon of Women Taliban.

First, poring over the Islamic law and tradition, one finds out that for centuries there were three groups of people who did not benefit from the general Muslim principle of legal and religious quality. These groups included unbelievers, slaves, and women. The woman was obviously in one significant respect the worst-placed of the three. The slave could be freed by his master; the unbeliever could at any time become a believer by his own choice, and thus end his inferiority. Only the woman was doomed forever to remain what she was.

Despite significant improvement in the condition of women in Islamic countries, there have always been fundamentalist groups who think that the failures and shortcomings of modern Islamic lands only afflict these lands because they adopted alien notions and practices. According to the Islamists, the Muslim world became stagnant because it fell away from authentic Islam and thus lost its former greatness. So, what the fundamentalists have always wanted was to return Muslim societies back to the era of pure Islam, the period of Mohammad, and later the periods of different Islamic caliphates, in which “pure Islam” was practiced, and, among other things, women were subjugated and secluded. The Taliban is one of those groups to which the only acceptable law that can lead the Muslim world to prosperity is the law of Allah – the Sharia.

Now to find out what Sharia has to say about how to rule an Islamic society, one needs to learn Arabic, the language of the Quran in which Mohammad claimed Allah communicated with him. To learn the Quran and other Islamic texts, one needs to go to special places, which are madrasas and other similar centers. Frankly speaking, the Sharia of the Taliban and similar groups, and their interpretation of Islam, is the closest to what Islam really says about women or other issues. After all, it is the Taliban and the mullahs who know the real Islam because they are the ones who study the Islamic texts, including the Quran. The many millions of ordinary Muslims who do not hold the same belief as the Taliban and mullahs on women and other issues is because it is said that ordinary Muslims do not really know the Islamic texts, and therefore their Islam might be good and peaceful but it is not necessarily the real Islam.

The question of how some women and girls ended up being ideologically Taliban has to do with the Taliban’s evolving strategy in the last few years. In fact, since 2005, the Taliban have gone through a number of changes. They have sacrificed religion for victory. Unlike their time in power, when the Islamist group practiced and imposed strict Sharia and “pure Islam,” in the battlefields, they sacrificed their culturally and religiously-rooted beliefs and taboos for survival and success. They recruited transnational jihadists and criminals as fighters. They used suicide bombers as one of its main fighting tactics. Taking advantage of the Afghan State’s flexibility and corruption, this Islamist group also got engaged in the drug industry and illegal mining, which enabled it to continue its jihad against the international and Afghan national forces. Despite being extremely technophobic, the neo-Taliban have vastly been using every possible means of technology to spread their propaganda. One could justifiably argue that without the internet, a Taliban victory would not have been this easy.

Further, one of the most horrible things the Taliban and their sympathizers did was to establish madrasas for women and girls. While previously madrasas were only for men and boys, in the last few years dozens of female madrasas were opened. For example, Ashraf-ul Madaris, a women madrasa with its main branch in Pakistan, had 14 branches and more than 6000 female students by 2014 in Kunduz province alone. Of the over 1300 madrasas across Afghanistan, a good number of them have only enrolled females. What has happened is that these madrasas have really been successful in radicalizing women, as well as the men. Sadly, because of these madrasas Women Taliban are real, and like their male counterparts, women Taliban are dangerous. They have a great capacity of harming the millions of ordinary women who don’t want to adapt to Taliban rule.
It would not be an exaggeration to say that after being radicalized in a madrasa, it is the “pure Islam,” which the life-blood of a radicalized person, who is eager to force others to do follow the dictates of “pure Islam.” Once radicalized, a person is no longer a normal, but someone steeped in a toxic form of religiosity, empty of spirituality, capable of causing incalculable harm to ordinary people, particularly women. What makes it all worse is that it is not easy to de-radicalize a person after they are indoctrinated. On the other hand, self-deradicalizing is in many ways like self-destructing, and thus extremely difficult.

Even before the Taliban takeover of Afghanistan, the country was one of the worst places for women. According to the study, “Women, Peace and Security Index 2019/20,” carried out by Georgetown University, in cooperation with Peace Research Institute Oslo (PRIO), Yemen and Afghanistan were the worst countries for women among 167 countries that were studied. Similarly, the World Bank’s “Women, Business and Law” (LWB) score of Afghanistan, in 2020, was 38 out of 100, a score much lower than the regional average (62.4) in South Asia. What this means is that even before the Taliban’s occupation of the country in 2021, women faced serious legal restrictions in different areas. Now with the Islamist group in power, the plight of women is far bleaker.

The Taliban takeover of Afghanistan and the consequences it is having on millions of people is one of the worst tragedies of the 21st century. What is equally tragic is to see women becoming radicalized and ideologically Taliban; women who not only justify subjugation of themselves and other women, but also take part in doing so. What all that means is that the Taliban have become more dangerous and are able to do unimaginable harm to women and girls.

The featured image shows, “Farkhunda,” by Latif Eshraq; painted in 2017. (Farkhunda Malizada was killed by a mob in 2015, in Kabul).