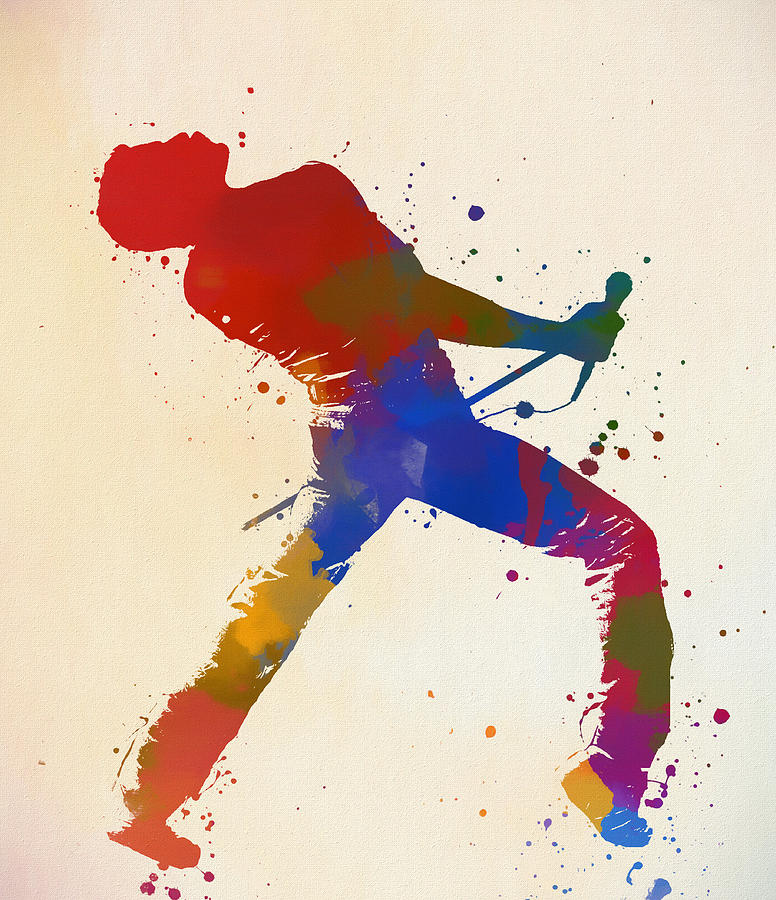 I should warn my readers at the outset that the topic of this piece is not my area of expertise. I am not an avid fan of Queen, and my knowledge of rock and roll is no different from others of my generation and those who spent their youth enjoying this type of music. I also haven’t seen Brian Singer’s 2018 film Bohemian Rhapsody, and I am unlikely to have time to see it anytime soon.

Although it was never more than just fun for me, two friends whom I played football with after school in the 1970s later became well-known music journalists in Poland. My friends would meet in the evening at one of the student clubs in Krakow, and listen to records together. One of the two, who later became a music specialist, received these records from an uncle in London – they would come in packages that contained clothes for the family and other items that were hard to get in a socialist country. Sending such packages was also typical of post-war immigrants.

It so happens that I also had an uncle who helped us, and who invited me to Hanover in 1979. At that first trip out from behind the Iron Curtain, I brought back three CDs that were not available in our country. One of them was Queen’s double album, Queen Live Killers, with many hits that were hugely popular at the time. Over subsequent years, Polish Radio began to broadcast this type of music in programs for young listeners. These programs were highly popular. And, I can still remember the first appearance of “Bohemian Rhapsody” on Polish Radio and even the comment of the journalist who hosted the program, who said that the “new, little known” band Queen is “very skilled vocally.”

This truth was confirmed in the following years, when Freddie Mercury and his bandmates celebrated their greatest triumphs, and “Bohemian Rhapsody” won numerous accolades from listeners around the globe. This song, known to everyone, recently came back into my head again by accident. I was preparing a lecture on romantic ballads for my students at the Jagiellonian University, and it occurred to me that the words of “Bohemian Rhapsody,” especially the opening part of the song, correspond exactly to one of the most popular traditional folk ballad patterns. The hero of “Bohemian Rhapsody” (Freddie Mercury) complains to his mother that he has shot someone, so if he’s “not home tomorrow,” she should “carry on.” His life “had just begun,” and now he’s gone and thrown it all away.” He then speaks of “shivers down my spine” and his “body aching all the time.” He says goodbye to his friends because he has to “face the truth,” alone. And although he “doesn’t want to die,” he sometimes wishes he’d “never been born at all.”

Even for the listener who knows that the subject of crime and punishment constantly appears in ballads of all eras and in all countries (from the Polish Romantic poems of Adam Mickiewicz to the songs of the American Johnny Cash), Freddie Mercury’s lamentation sticks in our heads, hitting us hard; the piano keyboard sounds surprisingly serious.

Even stranger thoughts come to mind, if you listen to the lyrics of the middle section of the song, a quartet sung by all the band members. This quartet breaks the continuity of the ballad story with a monumental scene of judgment over the hero’s soul in the afterlife. The operatic associations suggested appear not only in the musical layer, but also in the text, in which individual Italian words stand out (“Figaro,” “magnifico,” and others). But this is not just a reference to Italian as the language of opera. It is also a trace of Catholic religiosity. The “Galileo” that Freddie asks to “let him go” is not Galileo Galilei (1564-1642) the famous physicist persecuted by the Church and the hero of the progressive education we received in the 1970s. He is the “Galilean” – Jesus Christ, whom the hero asks for freedom from this monstrosity, accompanied by a choir asking angels for his release (“Let him go, let him go, let him go…”).

Similarly, the “mama” Freddie invokes when he cries out “Mama mia” – after the chorus of Hell spirits declare, “We will not let you go” — is also not the mother of the protagonist from the first part of the song, but the Mother of God, whom Freddie calls in his hour of death, as does every Catholic. Of course, with these terms (“Galileo,” “mama mia”), the entire religious morality play is camouflaged and parodied here. Freddie plays to his judges for pity, complaining that he is only a “poor boy” and the backing choir adds that he is “a poor boy from a poor family” – as if hoping that “Galileo” will give him credibility points for his humble origin. However, mixing seriousness with irony in this part does not change the essence of the outcome: the punishment of the hero is condemnation – “Beelzebub has a devil put aside for me, for me, for me ….”

And at this point, in the transition to the third and final part, the ballad convention is finally broken. In ballads, crime is always accompanied by punishment. This “law” is accepted by everyone, including the punished hero, because these are the moral foundations of traditional society and ancient popular culture. Meanwhile, in its dynamic ending, “Bohemian Rhapsody” expresses a vehement rejection of this judgment. The soloist breaks the bonds that had bound him thus far (during the performance of the song, Freddie Mercury emphasized this with appropriate behavior on stage) and throws out – against God – rebellious, well-known Promethean accusations:

Addressing God as “baby” is a special idea. I don’t know (although perhaps it should be checked) if Shelley and Byron came up with something similar. So now by freeing himself from his guilt, from reproach, from the Last Judgment and by throwing his accusations back on his Judge, the hero of “Bohemian Rhapsody” becomes both the modern Prometheus and Don Juan. Since judgment no longer has any authority for him, the difference between good and evil ceases to matter. The phrase “nothing really matters” changes its traditional meaning, as expressed in the first part of the song. Now it means the state of ataraxia promoted by libertine philosophers: “Nothing really matters, anyone can see, nothing really matters… to me.”

A strange song. Sweet and bitter; simple but full of hidden allusions, mixing buffoonery with seriousness, and seriousness with irony and mockery. Cheap? Pretentious? And is this important, since the song has conquered the world? The story told in “Bohemian Rhapsody” corresponds to that of Don Juan from Mozart’s opera. Only that Molière and Mozart showed in their works the horror of sin and the justice of the punishment that befell Don Juan. But the sinner condemned in our song, the self-pitying “poor boy” in the end becomes a rebel against harsh moral law. He declaims a manifesto of self-liberation from the shackles of religious morality and gives others a model to follow.

We couldn’t understand all of this as teenagers. We swayed to the beat of the song, glad that the words were sonorous and matched the music. Music that released our youthful emotions and provided a sweet purification from the fear of life awaiting us. Now that we have more experience, in the seemingly nonsensical flow of “Bohemian Rhapsody,” we find something from our later experiences and thoughts. Something that was already in the song from the beginning and which is probably not at odds with maturity. Undoubtedly, 40 years ago Freddie Mercury knew much more about serious matters than we could have imagined then as teenagers.

Today we are no longer “poor boys from poor families,” as we used to be. We may not be completely innocent either; but that doesn’t bother us too much, since we have rejected the religious superstition that Galileo will judge us someday for all that we have done. Anyway, even if he could judge us, he would have to show us that he has the right to do so. Isn’t that the moral history of the entire modern West, especially the West in the age of pop culture? It may not be that “nothing really matters” to us – but certainly nothing matters to us the way it used to. Unfortunately.

Andrzej Waśko is professor of Polish Literature at the Jagiellonian University, Krakow. He is the author of Romantic Sarmatism, History According to Poets, Zygmunt Krasinski, Democracy Without Roots, Outside the System, and On Literary Education. The former Vice-Minister of Education, he is curretnly the editor-in-chief of the conservative bimonthly magazine Arcana and is presently Adviser to Polish President Andrzej Duda.