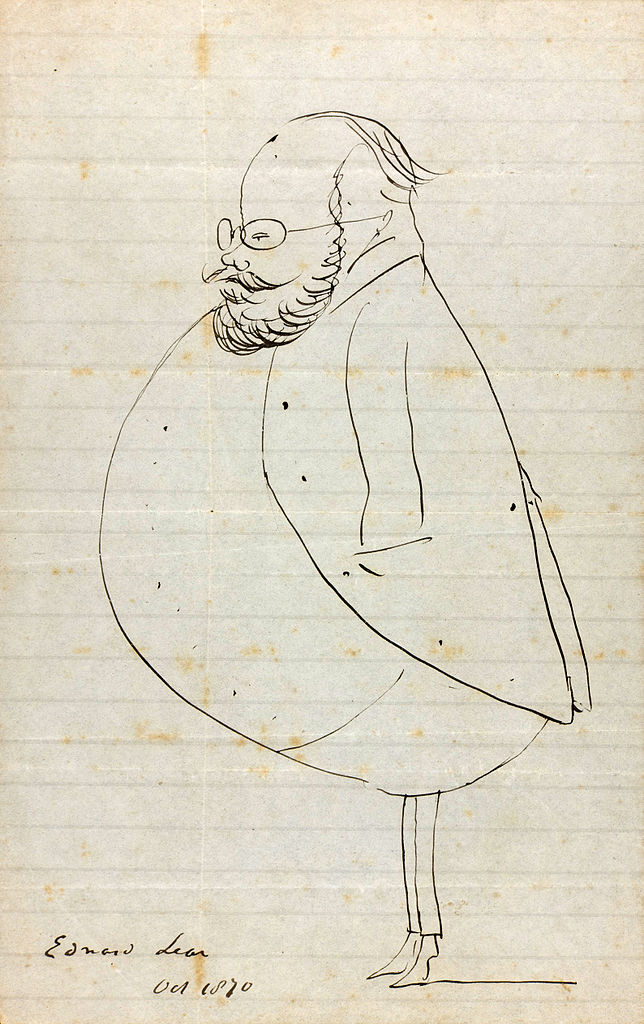 Me, I’ve been a poet since the age of six or seven, when my mentor was the very great Spike Milligan. The following was my favourite “Uncle Spike,” and I somewhat fear, dear readers, that it isn’t especially woke:
“A thousand hairy savages/ Sitting down to lunch/ Gobble-gobble, glub-glub/ Munch, munch, munch!”

Not only did I admire its visceral intelligence, but for a six-year-old, being taught stuffy English middle-class manners and mores, it was irresistibly subversive. Under Spike’s influence, I penned the following couplet:

It would prove uncannily prophetic à propos my subsequent overtures to the fair sex. Though my creativity and quality have somewhat dimmed since, I now find the Muse hits me powerfully, and in my unbiased view, not unimpressively. Blame semi-retirement for that. So here, dear reader, find a number of art historical Limericks – these shouldn’t upset anyone fearing an abrupt transition from the genre of my jokes. Talking of which, one really good joke does accompany this selection.

In this preface – the editor considers my output here worthy of Dr Johnson on the Bard (and he’s spot-on, as usual) – I will refrain from providing any of the usual, tedious art historical summaries. Apart from the Kiwi-Croatian painter Milan Mrkusich (1925-2018), an abstract artist of singular intellect, rigour and impenetrability to fools who wish every picture to tell a story, my exemplars are all well-known figures, compatible with everybody’s cultural arsenal. “Bloody Arsenal!” protests one reader (the epithet was stronger), “What about Spurs?”

My good man, is my reply, pray what do you think you are doing, reading this erudite journal?

A well-known writer, Marcus Stocker, had just written a novel which he was quite pleased with, but for reasons best known to himself, decided to change the name of his leading character from David to Geoff. The “find” and “replace” function did its bit. Rather too well, as Stocker only remembered when it was too late that he had referred to a famous statue by Michelangelo…

My friend Lisa, an attractive young woman with plucked eyebrows who has a lovely smile the rare moments she is serene, is nonetheless prone to whine and whinge. You qualify as an art historian if you can guess her nickname.

My Maori friend Tama is slightly affected, and has artistic aspirations. Hence, he named his beloved daughter Moana Lisa.
[pause for laughs]
Later on in life, Tama was prone to eloquence in praising Moana’s beauty: “Moana Lisa rocks; she’s older than the rocks among which she sits”, blahblahblah. Moana is a smart lass, and and her response is “Oh shut up, Pater!”

Right. Now on to the much-anticipated limericks…

Eat your poor heart out Yeats,
You’re no better than Stocker or Keats
There was once a time
You could make it rhyme
But now who admires your bleats?

An elderly painter named Milan
Said, “I’ve got this brilliant p-lan
I’ll paint a red square,
What it means I don’t care,
But critics will all praise my e-lan”

A very idiomatic translation of the above follows from Mark’s attractive friend, Antoinette. He asks, “Why do the French always end up going to bed when we’d rather play Scrabble™?” To which she replies, “Come with me, Dr Stocker, and find out!” But I digress!

The heterosexual male
Will try but invariably fail
De ne jamais toucher
Le grand sexy Boucher;
He really is beyond the pale!

Georg Baselitz leaped into fame
With paintings that all looked the same.
His figures – inverted –
Made us once disconcerted,
But he’s now at the top of his game!

Henry Moore said, “My sculpture is goals,
Organic and pierced with great holes.
This was Barbara’s idea,
Now it’s mine – the poor dear,
You women have second’ry roles!”

An erudite scholar of Mich-
elangelo, Klee and Van Dyck [not our Bard – Ed.]
Claimed, “For my part,
I know all about art,
But I’ve no idea what I like!”

Picasso’s Les Demoiselles
Insults sweet Avignon gels.
But he said, “I don’t care
If they’re cubic or square
So long as my masterpiece sells!”

David resolved for a laugh,
He’d paint old Marat’s last bath.
He paid for his error,
Supporting the Terror,
And did Charlotte hurt him? Not half!

Bernini, when sculpting Theresa,
Said, “I just know what will please her.
An angel – so fierce
Her body will pierce
As heavenly sentiments seize her!”

As an apt aside, here are some of my favourite artists… There’s Jackson, the painterly dripper, Fontana the loose canvas ripper, The pious Giotto, The decadent Watteau And Frith, the Ramsgate day tripper!