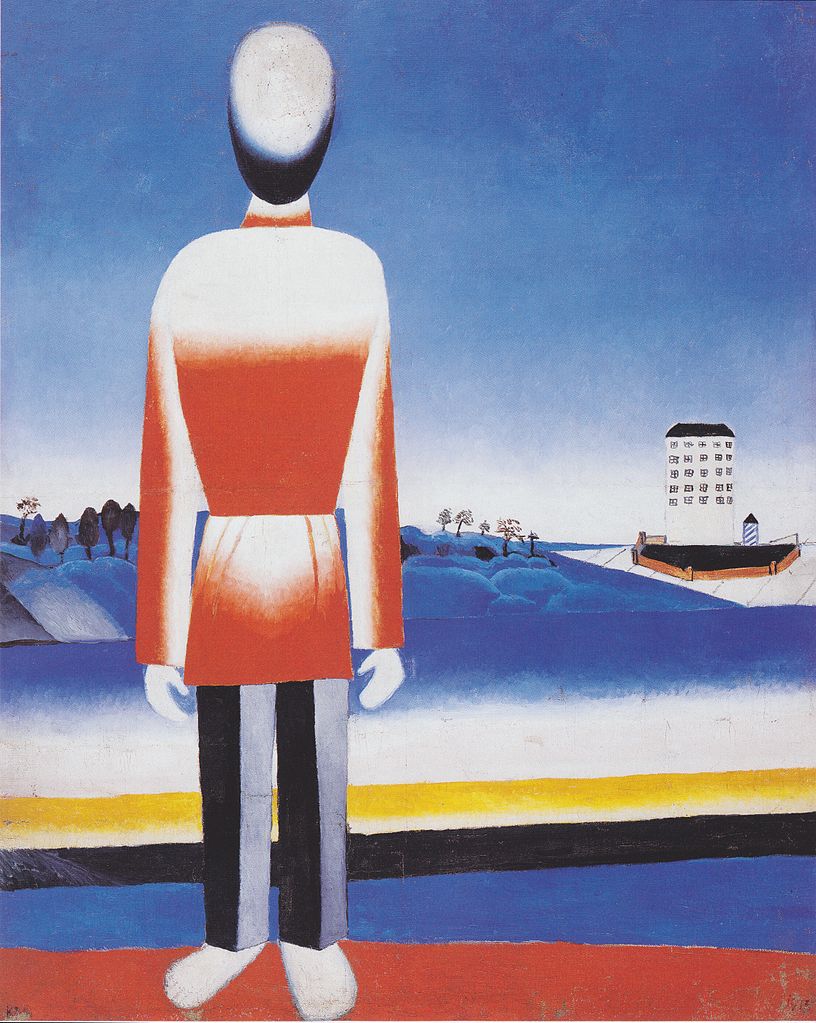 “In total, in an unmitigated epidemic, we would predict approximately 510,000 deaths in GB and 2.2 million in the US, not accounting for the potential negative effects of health systems being overwhelmed on mortality.” Imperial College COVID-19 Response Team, 16 March 2020.

323,341 dead. According to official statistics provided by governments all over the world and aggregated by John Hopkins University, as of 20 May 2020, the Wuhan virus has caused the death of 323,341 people worldwide.

When the Chinese communist regime finally admitted the virus, modellers immediately jumped on the bandwagon and predicted millions of deaths.

Many people have a short memory, but it is not difficult to find the models which, during previous epidemics, seriously and systematically predicted millions of deaths  (see below Creutzfeldt-Jakob, swine flu, bird flu). This expression seems to be the modellers’ style clause when a new epidemic breaks out.

The astonishing thing is not the fact that these models see the light of day, but the a priori and critical credit given to them by the press and above all, governments. They have a decisive impact on the management of human affairs.

In the case of the Wuhan virus, one of the most influential models, particularly in Anglo-Saxon countries and Europe, was that of the Imperial College London – what a beautiful and noble name! How can we not begin a kind of anticipatory prostration when a sentence begins ‘According to the Imperial College of London…’? It is akin to ‘Attention ladies and gentlemen, science is going to speak, be prepared in advance to renounce all your rights and possessions, because of science!’

As early as mid-March, the Imperial College published a model, more precisely, the results of computer modelling, predicting that up to 2.2 million Americans and half a million Britons would die from the Wuhan virus if nothing was done.

Projections such as these evoke the Black Death, Spanish flu, the end of time, ancestral fears and horrific medieval panic: they oblige, morally and scientifically — the Imperial College, sir! — to take the most radical measures immediately. No measure seems far-reaching enough when we speak of the New Black Death; derisory, unacceptable and unbearable is the slightest reticence in the face of the radicality of the measures adopted.

91,921 deaths versus 2 million deaths: How can we explain such an abyss between reality and Professor Ferguson’s modelling? When you look closely, the Imperial College model is not inaccurate or imprecise: it is a crude fake. Judge for yourself.

Second, the Imperial College model assumed that populations would not take precautions: no social distancing, no hygiene, no confinement of the sick, absolutely nothing. There is no example in the history of mankind where populations have not taken action, even individual action, in the face of the spread of a visible evil.

A study by the National Bureau of Economic Research states, “The most important and challenging heterogeneity in practice is that individual behaviour varies over time. In particular, the spread of disease likely induces individuals to make private decisions to limit contact with other people. Thus, estimates from scenarios that assume unchecked exponential spread of disease, such as the reported figures from the Imperial College model of 500,000 deaths in the UK and 2.2 million in the United States, do not correspond to the behavioural responses one expects in practice.”

The Ferguson model sees our population as a horde of anti-rational primates, very literally, insects devoid of reason. It seemed to us that reason had been identified since the Greeks as being the property of man. As the National Bureau of Economic Research study states, the assumptions of Prof. Ferguson’s model “appears to be entirely arbitrary and in some cases clearly inaccurate.”

Garbage In, Garbage Out

Let’s look at the profile of the chief author of the Imperial College model. According to the Imperial College website, Neil Ferguson is a professor of the Faculty of Medicine and School of Public Health. He is also a member of the following institutes and organisations: Abdul Latif Jameel Institute for Disease and Emergency Analytics, Imperial College Network of Excellence in Malaria, MRC Centre for Global Infectious Disease Analysis, Malaria Modelling Research Group, Vaccine Research Network.

Prof. Ferguson’s presentation clarifies: “Much of my work is applied, informing disease control policy-making by public and global health institutions. With recent advances in data availability (both epidemiological and molecular) and affordable high-performance computing, mathematical models of infectious disease spread now offer the potential to provide predictive, quantitative analyses of alternative disease control and treatment strategies, as well as qualitative insight into the complex non-linear processes shaping pathogen replication and evolution. An important strand of my research program is therefore to develop the statistical and mathematical tools necessary for such increasingly sophisticated models to be rigorously tested and validated against epidemiological, molecular and experimental data.”

He goes on to say that a major research interest includes ‘developing mathematical models of the geographic spread of newly emergent pathogens (…) to examine containment and mitigation strategies. Much of this work has been undertaken in collaboration with colleagues in my department and external institutions – most notably public health partners such as the World Health Organisation [WHO], the US Centres of Disease Control and Prevention and Public Health England. These partnerships have been vital in facilitating the results of my work being used to inform policy’.

In short, when it comes to modelling the consequences of an epidemic, Prof. Ferguson is seen as the living embodiment of science. Ferguson and his team form the golden standard of epidemiological modelling, according to the New York Times.

No debate is possible, or even conceivable. You’re not going to challenge the Golden Standard of Science, are you? Do you want the blood of millions of your fellow men on your hands? Science has spoken! SCIENCE!

Let’s get back to reality. The facts, which fortunately include historical data, therefore, are verifiable, are that Neil Ferguson is nicknamed The Master of Disaster by some of his colleagues as so many of his past predictions proved to be grossly erroneous. Here are four such examples.

In 2001, Neil Ferguson was one of the authors of the scientific study that led to the pre-emptive culling of six million healthy sheep and cattle in the UK in response to foot-and-mouth disease. Cost: £10 billion. Prof. Ferguson’s study was considered seriously flawed by Michael Thrusfield, Professor of Veterinary Epidemiology at the University of Edinburgh, because it failed to take into account the specific realities, in the biological sense, of farms.

In 2002, Ferguson predicted that up to 150,000 people would die from exposure to BSE (mad cow disease, also known as Creutzfeldt-Jakob disease). When other scientists had the nerve to question the alarmist nature of his study, Prof. Ferguson called them ‘unjustifiably optimistic’ and “extremely naïve” in the press. In the United Kingdom, there were 177 deaths from BSE. The ‘unjustifiably optimistic’ were still far too pessimistic and the Ferguson projections grotesquely fanciful.

In 2005, Ferguson predicted that up to 200 million people (sic) could be killed by bird flu. In the end, 282 people died from bird flu worldwide between 2003 and 2009. One million times less; one person, in reality = one million people in Ferguson’s rich fantasies.

In 2009, a British government estimate on the mortality rate of swine flu, based on the expert advice of Professor Ferguson, found that the ‘reasonable worst-case scenario’ was the death of 65,000 Britons. In the end, swine flu killed 457 people in the UK. Ferguson predicted a mortality rate of 0.3 to 1.5%. The mortality rate was 0.026%.

Neil ‘Golden Standard’ Ferguson is not only a forger, but he is also a multi-recidivist forger.

It should be noted that Professor Ferguson has just resigned from SAGE, the scientific committee that advises Her Majesty’s Government. As a result of some sort of moral epiphany? Of course not. Professor Ferguson resigned because the British press caught him receiving his companion, a married activist mother of two children, at home and several times, in flagrant violation of the drastic containment rules that he recommended to the British government and, as a result, was imposed on the common man (which, according to Prof. Ferguson, does not apply to him).

Let’s take the criticism of the COVID-19 model of the Golden Standard of Science a step further because the best is yet to come.

Confronted with the results of Prof. Ferguson’s modelling that predicted millions of deaths, several of his colleagues around the world asked him for the computer code used to arrive at this projection. A predictive computer model consists of data (example: contagion rate), assumptions (example: population infection rate) and algorithms that derive projections from the data and assumptions. Surprisingly, Prof. Ferguson initially refused to deliver the computer code for his model. Surprising, because science, in the true sense of the word, presupposes light; when one takes the trouble to advise the world’s governments using computer models, it is a basic requirement to account for the methodological and technical means used.

Six weeks later (sic), Prof. Ferguson finally published a partial and revised version of the computer code he had used. It appeared that the program was 13 years old — an eternity in computer coding — and that it had been designed for… the flu. The author of this March 22 finding was none other than Prof. Ferguson himself (on Twitter): ‘I’m conscious that lots of people would like to see and run the pandemic simulation code we are using to model control measures against COVID-19. To explain the background, I wrote the code (thousands of lines of undocumented C) 13+ years ago to model flu pandemics…’

Consider, just as an example, that while epidemiological models use an extremely small number of variables to make predictions at one month or one year, the climate models by which the IPCC claims to project the climate to 10, 20, 50 and 100 years implement hundreds of variables. ‘There seems to be a general tendency for researchers to report a greater degree of confidence than is warranted for an existing model, in part because it is not straightforward to quantify parameter uncertainty or to trace the effect of those uncertainties in a non-linear model. Realistic confidence intervals in this context would also be so wide as to seem vacuous, notes a study by the National Bureau of Economic Research. What is true of epidemiological models that rely on a tiny number of variables makes more ambitious models simply meaningless.

The real subject, as everyone will have understood it, is not the sinister career of the intellectual swindler, Prof. Ferguson. It is the decisive role that computer models without any scientific value play in public decision-making.

Drieu Godefridi, PhD, is the author of The Green Reich – Global Warming to the Global Tyranny.

The image shows, “Mann in suprematischer Landschaft (Man in a uprematic landscape), or sensation of an imprisoned man,” by Kazimir Malevich, painted in 1930-1931.