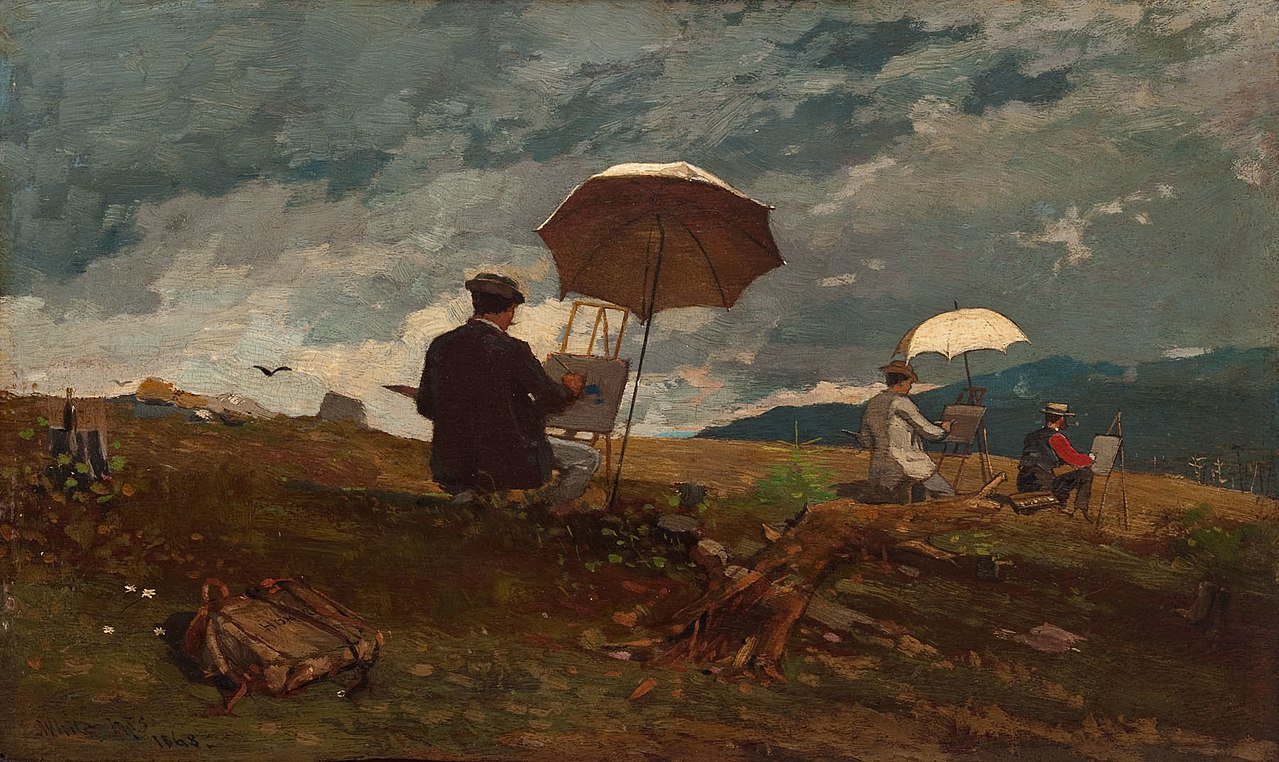 The first time I heard the suggestion that human beings should think of themselves as “co-creators” with God was in a liberal, mainline, seminary (Episcopal). This was in the 1970s.

The meaning at the time was something of a mish-mash of culture-notions that was little more than a way of underwriting the myth of cultural progress as a God-given program, as well as a windfall of new-age silliness. We were not only making the world a better place, we were doing so as Co-creators. I must confess that every time I hear anyone speaking about making the world a better place I hear echoes of Cabaret with a pretty blonde Nazi-boy singing, “Tomorrow belongs to me!”

I offer this as a preface to my reflections on current language regarding “co-creation” and “sub-creation” with the far healthier pedigree found in Tolkien and Lewis. Both authors, with some variation, recognized the human participation in myth-making in genres such as fiction and fantasy. But the question remains: to what extent is it right to describe ourselves with such lofty language?

The sobriquet of co-anything with God immediately raises questions concerning “synergy.” Eastern Orthodoxy is supposedly famous for its thoughts on synergy, in that we “co-operate” with God in our salvation. This stands in stark contrast to certain early versions of Protestant theology in which there is literally nothing contributed by human beings to the work of salvation: God’s work is strictly “monergistic,” belonging only to Him. That extremist view (still found in Reform circles) came to be balanced in Protestant practice by the sentiments of free-will Pietism in the mid-19th century.

Orthodoxy traditionally holds to a synergistic approach to salvation, though, I have come to think of this as problematic for those whose minds have been shaped in modern thought (whether consciously, or not). Modernity is steeped in the concept of our own freedom and the imagined power of our choices. We are said to be creating and shaping our own reality – even our own being.

The doctrine of synergy, as I’ve encountered it in contemporary Orthodox conversations, seems to me to overstate the case. It is accurate to say that we “participate” in our salvation through our freedom, that there is a necessary cooperation on some level, but, I think it is wrong to say much more than this. For one, we simply have little or no clue of the truth of our salvation: it is hidden (Col. 3:3).

The content of our salvation is nothing less than the image and likeness of Christ Himself. This is being made known to us, though in a glass darkly (I Cor. 13:12). Our participation and synergy consists in our persistent “yes” to the work of God. Our role as sub-creators is not unlike that of the Theotokos. She says, “Yes,” to God, and without her ‘yes,’ there is no incarnation. She contributes her “flesh” to that incarnation and participates in the life that grows in her womb.

He definitely did not see it as “allegory” (in contrast to Lewis’ fantasies). But Tolkien’s sub-creation can be described as such, not because it stands as a complete world, but in that it works with the same truth as the creation in which we live. To be good in Middle Earth would count as goodness in this world as well. Tolkien’s world is not an allegory, but every sub-creation must “rhyme” with God’s creation in order to be worthy of the term.

Tolkien succeeds, I suspect, because he was a Christian down to the deepest level of his soul. He would have been repulsed by an anti-creation fantasy. This is another way of saying that all created things are created “through the Logos,” and that “apart from Him, nothing was made that was made.”

The Logos can be discerned in Tolkien’s work, as He can in much of great literature, many times in an unconscious manner. But, there are works of anti-Logos that fail. When such things, lacking in any true beauty, have influence or popularity, it is almost certain that they do so only as a result of a sort of propaganda rather than any popular love. That which is natural coinheres in the Logos. That which is contrary to nature does not, and eventually collapses in on itself.

This same process can be applied to the human life. There is much about us that is a work of “creation.” In our present culture, we speak of individuals “re-inventing” themselves. But that which we “invent” is not at all the same thing as “co-creating.”

The work of creation that is the true self is a gift. It is discovered and welcomed, but not formed and shaped. The deepest act of creation in the human life is that of repentance and the life of true humility.

We do not create ourselves – for one, we stand at the wrong point in time to do such a thing. The Scripture tells us that our life is “hid with Christ in God” (Co. 3:3). Additionally, we are told that: “…it does not yet appear what we shall be. But we know, that when He shall appear, we shall be like Him, for we shall see Him as He is” (1 Jn 3:2).

The causality of our life is not found in the past or the present; it lies in the age to come. That which we shall be draws us forward towards our true end. God said to Jeremiah: “Before I formed you in the womb, I knew you.” The truth of our existence is eschatological and its manifestation in our present life is itself a glimpse into the Kingdom of God.

This is not only true of ourselves, but of creation itself. The “new heaven” and “new earth” are not the eradication of what exists; they are the revelation and fulfillment of creation in the “glorious liberty of the sons of God” (Romans 8:21).

But what of fiction and fantasy? Both Lewis and Tolkien were greatly influenced by the theories of Owen Barfield. They shared a common belief in a transcendent realism – that behind and beneath creation as we see it are realities that form and shape the world.

None of them should be described as Platonists, but all shared the worldview that was common to the perceptions of the early Christian fathers that had much in common the Hellenistic Platonism. Lewis’ Professor Digory declares, “It’s all in Plato, all in Plato: bless me, what do they teach them at these schools!”

That greater reality is a manifestation or reflection of the Logos (Christ), “by whom and through whom all things were made.” As this is the case, even fiction and fantasy, at their best, themselves participate in this deeper and greater reality. They serve, in their own way, to reveal what might otherwise be hidden.

It is also possible for fiction and fantasy to distort and obscure the Logos, though nothing can truly efface all evidence of His work. If you will, the very existence of language, thought, reason, cogency, etc., that mark every form of human communication is Logos-bearing. The very act of denying Him is itself impossible without Him.

This serves, as well, as a model for thinking about the self. The narrative of our own self is under constant revision. Each day’s part of the story serves to re-write what has gone before.

The beginning is always being revised by the end. The creativity that marks our own participation in creation (including the revelation of the self) is, most properly, a variation or improvisation on a theme that is being sung by the Logos. This means that listening and observing are among our most essential activities. You cannot sing along if you do not hear the music.

The image shows, “Artists Sketching in the White Mountains,” by Winslow Homer, painted in 1868.