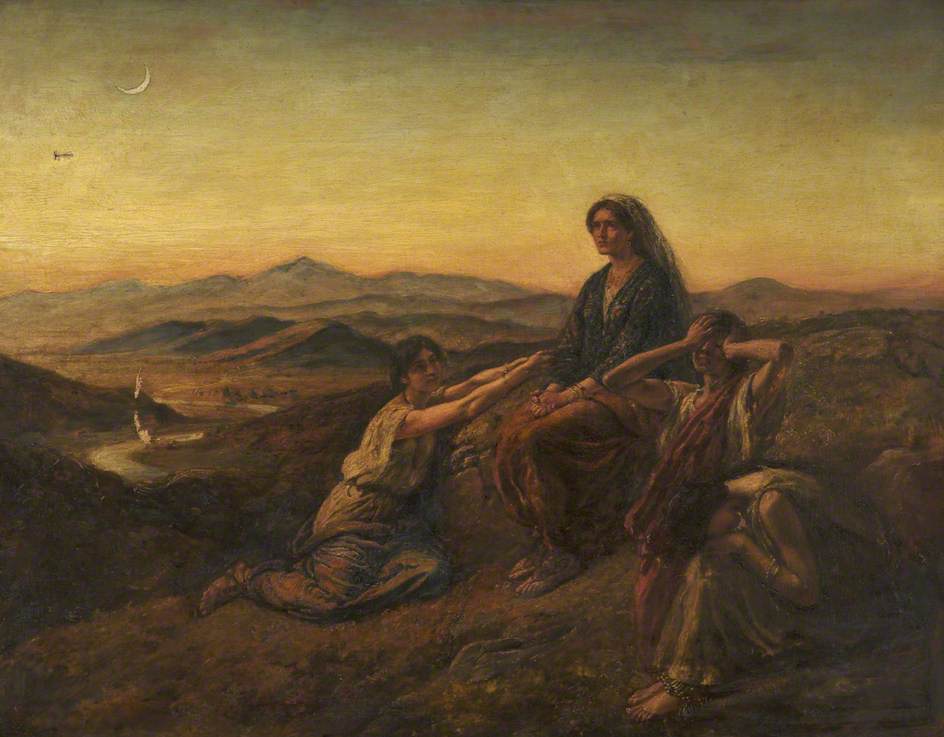 In the darkest chapter of the darkest book of the Old Testament, there is a tale about a barbarous man named Jephthah. Born as the bastard son of a harlot, Jephthah was shunned by his brethren. He and his brothers were of the Gileadite clan, under the Israelite tribe of Manasseh.

Ostracized by his people, “Jephthah fled from his brethren, and dwelt in the land of Tob” in the untamed countryside. Savage and vain men rallied around Jephthah and formed a band under him.

Meanwhile, trouble brewed in the nearby lands of the heathens. The Ammonites were honouring their god, Moloch, through the sacrifice of their own children by hurling them into the fiery pit of his wicked altar. These practices were despised by the children of Israel. After all, God had sent an angel to stop Abraham from sacrificing his only son, Isaac, who later begot Jacob, the father of the Israelites.

The day came when the Ammonites made war against the people of Israel, releasing chaos across the land. Since in those days there was no king of Israel, the Gileadites sought a שׁוֹפֵט‎‎ šōp̄ḗṭ (judge / deliverer / chief) to save them. The elders of Gilead called upon Jephthah to be their captain.

And Jephthah said unto the elders of Gilead, “Did not ye hate me, and expel me out of my father’s house? and why are ye come unto me now when ye are in distress?”

And the elders of Gilead said unto Jephthah, “Therefore we turn again to thee now, that thou mayest go with us, and fight against the children of Ammon, and be our head over all the inhabitants of Gilead.”

“If ye bring me home again to fight against the children of Ammon, and the LORD deliver them before me, shall I be your chief?” asked Jephthah.

The elders of Gilead made a vow to Jephthah before God that if he rescued the people from the heathens, then he would be made chief. Jephthah accepted.

From out of the wilderness, Jephthah unleashed his savage bands and rallied the Israelites against the children of Ammon. Although the tides turned against the foreign foe, the Ammonites held out in the land of Aroer; where the stage for a decisive battle was set.

On that day Jephthah vowed unto the LORD God of Israel. He promised that if God granted him victory, then upon his homecoming, he would sacrifice whatever came out from the doors of his house to God and / or as a burnt offering.

God heard the champion and answered his prayers. And so Jephthah smote the jaws of the wicked and snatched the spoils from their teeth, bestowing the stolen lands back to the people.

But as the chief approached the gates of his homeland in triumph, his daughter rushed out the double doors to greet her victorious father. And so, the splendid homecoming gave way to misfortune because Jephthah had vowed that he would sacrifice whatever came first from the doors of his house.

Bound by his word to the LORD God, Jephthah sacrificed his gentle daughter unto the LORD.

In doing so, Jephthah had become what he had sought to destroy. In his attempt to banish the practices of child sacrifice from the land, he fell prey to the very same practice. Jephthah’s story is the darkest chapter of the Book of Judges because Israel has fallen so low that even in “victory” they have found themselves in defeat.

Are we not now in the time of Judges? Have we not forsaken Truth to do what “is right in our own eyes?” In the wasteland of popular opinion, we find Moloch’s maxim chiseled in stone, to “seek only the convenience of self-preservation in the present; all else is expendable.” As means of our own survival, we sacrifice the future of our children to the altar of our idols.

As we idolize the present above a righteous future, do not our children pay the price? And what shall we trade for their inheritance? Our inflated wealth for the yoke of debt around their necks? Our plastic conveniences for their polluted seas? The presentism of our lives in exchange for the livelihoods of their future? Is their slavery worth the cost of our freedom?

And who will be our champion–our Jephthah–against the presentism of our generation? Who will judge us? Who will deliver us from the tribes of men who sacrifice their children?

Beware we do not sacrifice our own children in the attempt to return to the ways of our fathers; or else all will be lost. For this reason, it is the counter-reformation that we must fear most of all. When our defenders speak of “reconstruction,” we must beware the word’s inherent double entendre. On the one hand, they may mean to rebuild the traditions we once had. On the other hand, they may try to construct a new city, with our old ways left in ruins and our children forgotten by the wayside.