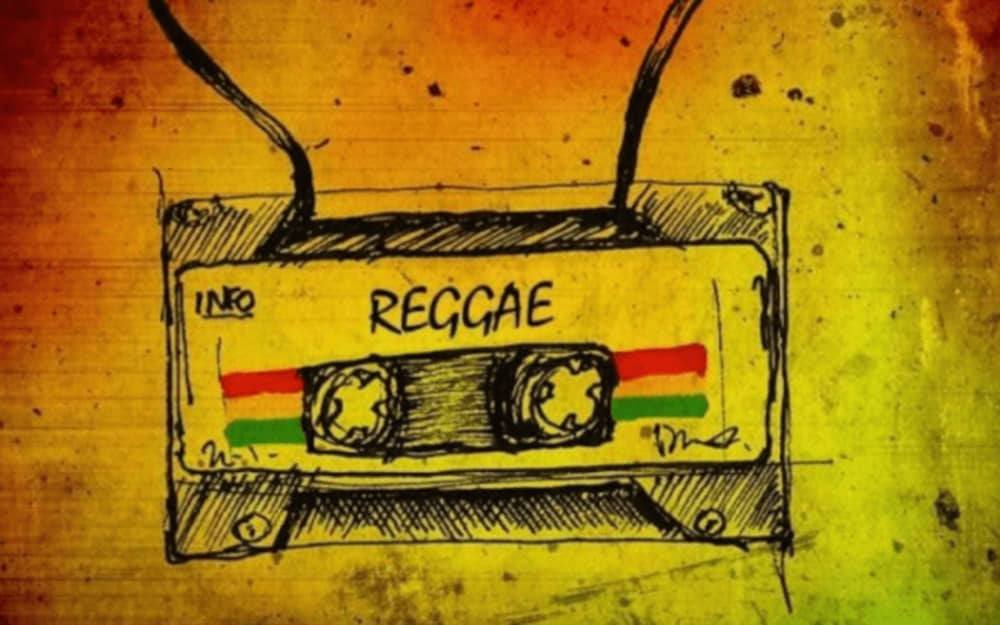 I know that my childhood and youth would have been a lot less pleasant had I been deprived of reggae. My love of it is admittedly superficial but strong – the insanely compelling reggae beat, the equally compelling melodies and – something all too rare in rock and even in mainstream pop – a frequently wacky sense of humour that is charming and disarming. A sheltered youth, I never went to a proper reggae concert, the sole exception being the King’s College, Cambridge downmarket version of a May Ball, where the star act was the stellar Desmond Dekker. He played most of the big hits pretty damn well. Who can forget the a capella opening of “The Israelite:”

Get up in the morning slaving for bread, sir
So that every mouth can be fed…

Not much humour there, I admit. But Desmond could also produce something maddeningly catchy in “Sing a little song:”

What good advice. It’s like a secular variant on Cardinal Basil Hume saying – and I paraphrase – “If someone or something has angered you, don’t answer back. Instead, bite your tongue and just say, ‘Thanks be to God!’” I’m not much of a religious believer, but that really moved me. Of course, reggae itself can be religious, and why not? The lovely voice of John Holt is made for non-Rastafarian Christ-centred (or maybe Baby Jesus-centred) songs of praise. Once I found myself in a crowded bus in Samoa, wedged into a tiny seat by a generously proportioned Samoan lady, couldn’t reach my water bottle and thus in some discomfort, but was enchanted by the blaring sound system playing a succession of reggae Christmas carols – in August!

Who are my reggae favourites? Relatively conventional chart-orientated acts I suppose, which is hardly surprising for someone whose main idea of intellectual television when growing up was “Top of the Pops.” I’ve never been a huge fan of Bob Marley, though I immensely like his “One love,” and sometimes style myself, – never having quite reached the summit of academe – as “Robert Marley Professor of Rastafarian Studies, University of Oxford.” It would probably not go down particularly well in these woke days. In a pre-woke culture, white artists could happily record reggae and apart from a few far left white spoilsports, there were smiles all around. Sometimes the results could be woeful – the British singer Paul Nicholas was one such example with his fairly big hit “Reggae like it used to be.” But even here the following lyrics delighted me:

Yes, reggae is a fabulous cure for pneumonia and other ailments. While many people go for “I shot the sheriff” by Eric Clapton as the all-time white reggae classic, I beg to differ. For me it’s Led Zeppelin’s “D’yer mak’er.” The title itself a dreadful pun. It’s been said that people who dislike much of Led Zepp nonetheless adore this song, and I’m no exception. It takes courage to record a great cover version of it, but Sheryl Crow did so with panache. And, of course, a lot of reggae itself is by definition reggaefied covers of standard classics: few, I think, are more beautiful than Ken Boothe’s version of the David Gates/ Bread “Everything I own,” and the great British public thought so too in 1974, sending it to a deserved number 1.

The ageless Cliff Richard, a favourite of our friend Mrs Broadbridge, cut a reggae beat version of the Harry Belafonte classic “Scarlet Ribbons,” and excellent it is too. A very obscure white tribute to reggae came from the outstanding Johnny Arthey, conductor and composer, revered in his time by everyone in the British music business but very little known to the masses. Through his string arrangements, added to Jamaican recordings, he helped reggae artists such as The Pioneers trying to force a breakthrough on the British market.

Surely the best “wacky” reggae performer is Pluto Shervington, who notched up a number of hits while failing to attain the stardom that he richly deserved. One of his biggest hits, “Dat,” is about the tragic predicament of a Rastafarian trying to sell pork (without naming it aloud), contrary to his faith so that he can afford some ganja. In another song, the same fellow also fell prey to indigestion and worse following a curry derived from an illicitly obtained ram goat:

Well I pop two belch and I make a sigh
I tek a walk go outta street
But while I waitin down di road, fi bum a ride
I feel a gripe and I start feel very weak…

There’s a deeply conservative moral in this, of course.

Then there are reggae songs which, on first hearing, you knew would be huge and deserved hits. One such was the late Johnny Nash’s “I can see clearly now,” a song of wonderful optimism and a mite profounder than “Sing a little song.” So far I have been a reggae sexist (well, it can be quite a macho culture), so a tribute to reggae’s “Queens” is in order.

One is relatively obscure – Cynthia Richards who has a lovely voice and whose version of Cilla Black’s “Conversations” is great but lacked the expensive orchestration (hardly Cynthia’s fault) that money could have bought. Sadly, she never got the break via Johnny Arthey or anyone else to make it big outside Jamaica.

Someone who made it bigger was Susan Cadogan, whose raunchy and delectable “Hurt so good” (I will spare readers the lyrics) was a big hit in Britain in 1975. I was delighted to note that in later life Ms Cadogan became a respected university librarian, and I impudently suggested to a few not-so-young women in that profession that it was never too late to do a Susan Cadogan in reverse. This was received with watery smiles. And of course there’s Marcia Griffiths, one half of Bob and Marcia, of “Young, gifted and black” fame.

Ah, Wordsworthian happy, aspirational days, so unlike today… but I write as somebody who is ageing, talentless and white. I need cheering up. I know what, I think I’ll play myself some reggae on my tape-deck…

Dr. Mark Stocker is the resident classical and late Baroque music critic for the Postil Magazine.